Home/Regulars/Spotted/Honda NSX: You Know You Want To

Honda NSX: You Know You Want To

Would you be brave enough to buy a cheap, leggy supercar? What about one with a Honda badge?

Miles. How many do you look for in a car? "As few as possible, of course," is the usual response, but certain seasoned PHers would beg to differ. Cars, they contend, are rather like old boots: the more you use them, the better they get. 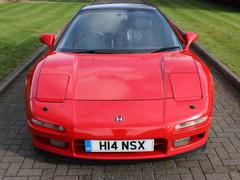 The flapping soles on the feet of your humble correspondent suggest that that isn't a metaphor which works particularly well, but the point is that the commonly-held belief in fewer miles being better is not one that is universally endorsed. Low-mile cars can stagnate and fester, or so runs the logic, while their leggier brethren enjoy the benefits of more regular maintenance and frequent exercise.

Certainly, it's a line of thinking espoused by the current owner of SG54, the 250,000-mile Lamborghini Murcielago we updated you on last week. And that reminder that supercars can do big miles - sometimes - sent us scurrying off to the classifieds.

There's a fair choice of impressively-miled fodder for sale at the moment. Like this Porsche964 Carrera 2, whose mileage is in fact debatable, with two separate figures listed in the (decidedly curt) advert. Or this marvellously leggy Aston Martin DB6; "call me and ask for Parker" is the best ending to an advert for such a car it's possible to have, surely. Then there's this rather appealing Imola Red E39 M5; it's tempting to wonder exactly how much its 186,000 miles have cost its various owners in fuel bills throughout its life.

But the most eye-catching of the lot is this Honda NSX, boasting a comparatively fresh-faced 178,000 miles. Partly because such hype has been built up around the new one in recent years, but also because this classic example is on sale for £10,000 less than a similar car from the same dealer with a more reasonable mileage. Quite a saving, then. 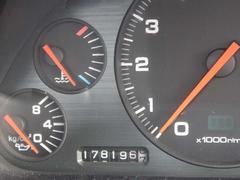 Said seller isn't afraid of a little lyrical prose in his adverts, though at least his Soichiro Honda quotes make a refreshing change from the usual "L@@K, YOU'LL FIND NONE BETTER, FIRST TO SEE WILL BUY".

What's more, this example looks like a real bargain. Endowed with a full service history that shows a relatively recent cambelt change, it's a manual example in the "right" colour, and certainly has the appearance of a car that's been cherished. Moreover, with Honda's reputation for building cars that will go on forever, it should... well, go on forever.

What it comes down to really, then, is whether you trust that reputation to extend to the company's high-tech Ferrari rival. Given that we've heard good noises coming from several high-mile NSX owners, it seems that shouldn't be an issue. And at this price, with values climbing, it's a deal that's - probably - too good to be missed. Especially if you happen to believe a six-figure mileage is a beautiful thing.