Is this the Holy Grail for Honda fans? 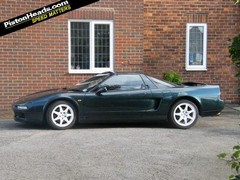 "Honda didn't export any series one NSX-Rs, and only one of the series twos to the UK. I reckon it would be hard to even get someone in Japan to sell one for export". This is what a Tokyo-based friend and avid Jap car fan told me when I asked him about the NSX-R.

He's right, too, in that this super-lightweight, low-volume, track-focused special NSX was only ever intended for the Japanese market. This particular NSX-R, however, was ordered new by a British expatriate who worked in the banking sector in Japan and who used it as his company car.

He specced the car from the factory exactly as he wanted it (convincing them to paint the roof of the car in the body colour rather than black) and even had some special Mugen parts nailed on for good measure (tubular manifolds and an ultra-low final drive - lower even than the already-shortened standard NSX-R version). When he returned to the UK he brought it with him and apparently it has changed hands only within the NSX Club of Great Britain since then. 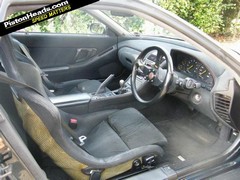 As a result of this, the car's history is utterly comprehensive; there is paperwork (admittedly lots of it in Japanese) right from the factory build sheet to the present day to account for each and every time any work has been carried out. The Manga-esque illustrated NSX-R user's manual is also present, and there is even documentation of the original owner's participation in the NSX-R driving course.

We had a good crawl over the car and can confirm that it's pretty-much immaculate. The only area which isn't like new is where the Alcantara has just started to 'shine' on the outer parts of the driver's seat. The wheels, by the way, are 'NSX-R Custom Order Programme Step Three' (catchy name, eh?) items and are 16/17 inches as opposed to the stock NSX-R 15/16-inch Enkeis. Oh, and all the special 'R' parts (all listed on the ad - too many to cover here) are a joy to behold. 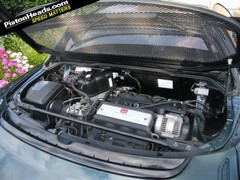 So how do you value such a car? It's a hard one to call, but if there's a buyer out there who covets one of these machines and understands exactly what it is then with its impeccable history, the £45k asking price for this one is probably a realistic starting point.

Whoever does buy it, though, should be contractually bound to take it out as much as is physically possible. If ever there was a car that just begged to be driven...