Home/Regulars/Spotted/The Spotted Week That Was | 944, B7, Giulia

We've had Porsche, Alpina and Alfa on the brain this week... 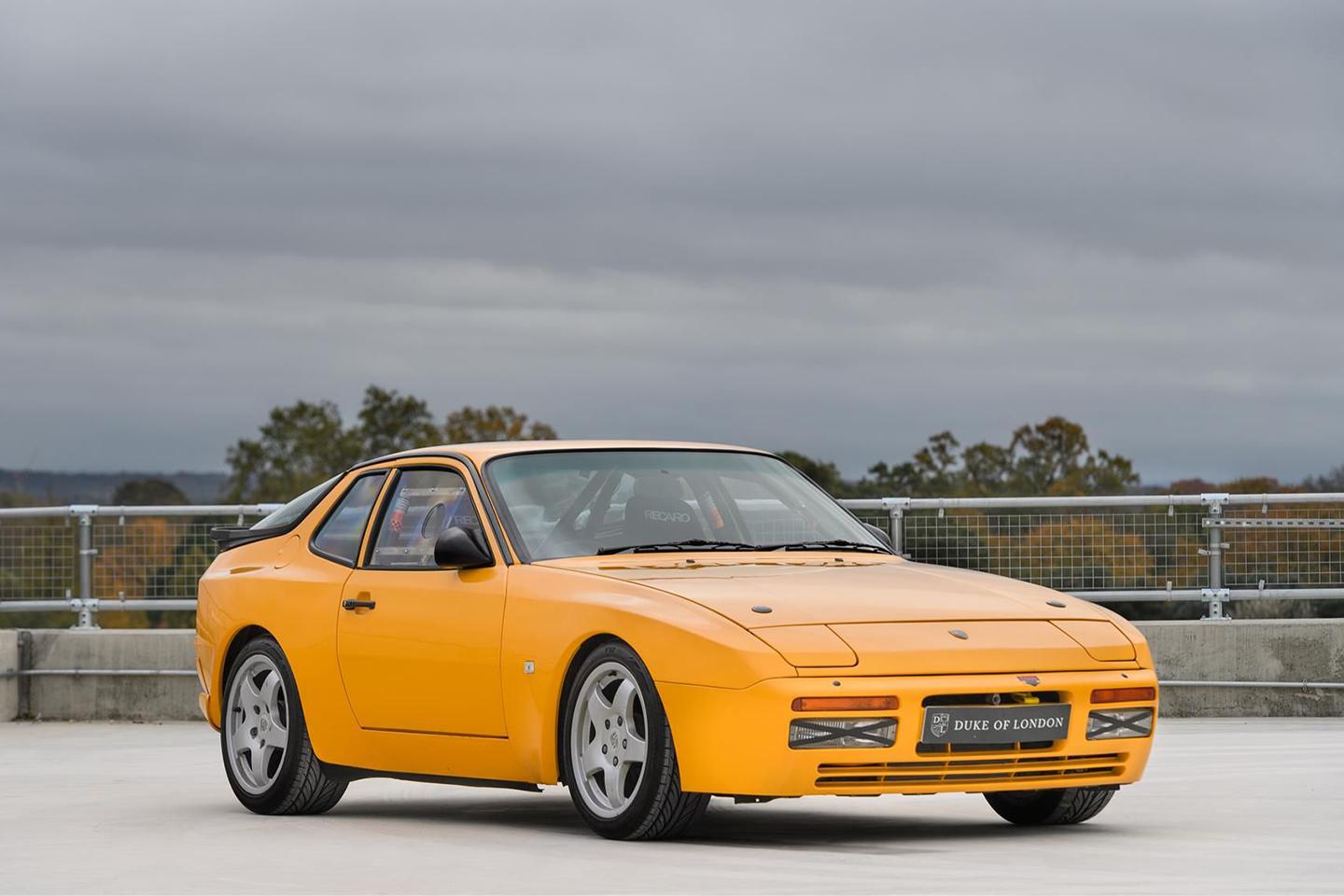 I'll admit that it's slightly odd to have thought of a four-cylinder Porsche when deciding which attainable car I'd buy first as a toy to play with, once the UK's 2030 ban on new petrol/diesel cars kicks in. But I've unfinished business with the 944, after a period of owning a rough one in 2016 came to a premature end when I ran out of money to finish the project. I've been yearning for one since; even a high mile, ratty example like the one I had. And this was in a naturally aspirated 2.5.

This machine is a Turbo - and it looks primed for my post-2030 dream garage collection. Someone's already gone through all the hard work of turning it into a track car, an act that might seem like sacrilege, but I'm anticipating a world where track days become a necessary venue to enjoy petrol cars without offending Joe Public. Anyway, I love the mustard paintwork, five-spoke alloys and the relative cleanliness of the engine bay. Same goes for the extensive upgrade list, and claims for 305hp with 330ft lb of torque. It's had a full suspension setup by a specialist, too. For me, it's spot on.
SS

We've had Alpina on the brain recently. This is a good thing. Because they are producing unarguably some of the finest cars in the world at the moment. The B5 you may remember we drove against the BMW M550i last week. The latter is very nice indeed, as Dan P pointed out. The B5 is better. In fact, I liked it even more than the new B3 Touring which I drove a week later. And that car is among the best wagons I've driven. Ever.

The problem, of course, with new Alpina models is that they do not come cheap. But like the BMW models they are based on, they do typically depreciate at a gratifying rate. Take this B7 from four years ago. Its V8 has dealt with the trivial matter of 22,000 miles. The vendor says it has a full service history. It will have cost its first owner six figures. Now you can have it for £30k.

Naturally there are other considerations beyond sticker price - as there always are with formerly expensive cars - but you're still gaining access to one of the most formidable saloons ever made for the price of a mediocre C segment hatch. And that truth is hard to not think about when you're faced with back to back Alpinas on the driveway.
NC

The furore surrounding the new BMW M3's styling and the prospect of a four-cylinder C63 has ignored a crucial piece of the supersaloon puzzle: both make the Giulia Quadrifoglio's appeal stronger than ever.

The recent facelift did exactly what it needed to: improved the interior, while leaving both the stunning exterior and wonderful engine well alone. Given what the BMW is certainly bringing to the fight and what the AMG might be forced to wield, a package that's already found plentiful praise could look more enticing than ever.

For the sake of this feature, though, the facelift also serves to highlight the what good value the old car is. At a smidge over £40k, this Quadrifoglio looks great: 30k miles, a recent service, the wheels I like and moody black paint. Even in this guise the Alfa was a formidable (if unexpected) adversary for the Germans; if I were a betting man (and the Giulia can keep its engine), I'd say the future is looking even brighter for its prospects.