Significant changes under the skin, a few more cavallini rampante under the bonnet and the new Handling Speciale pack put to the test 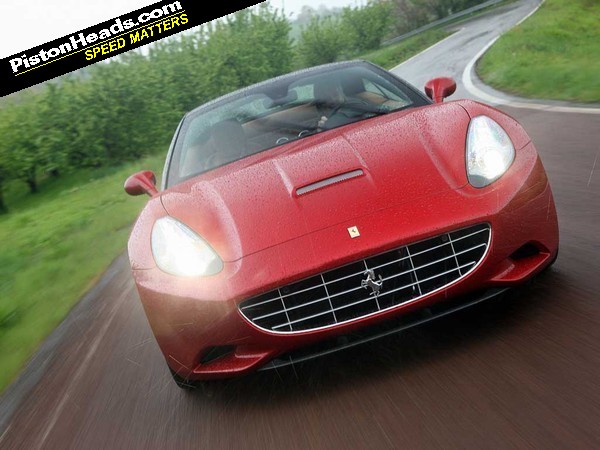 If there's such a thing as a Ferrari with suspect PistonHeads credentials, it's

. The front-engined V8 with

seems more a rival for that king of cruisers, the 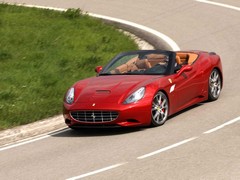 Lighter, (much) stiffer in chassis and 30hp more

In one way it is. 70 per cent of buyers are new to the marque, which must show that Ferrari has judged it right. There are a whole bunch of drivers out there who no longer need to be scared off by Ferrari ownership.

But a few demand more. The California's mid-life makeover is far more radical than seems to make sense. The aluminium chassis gets a total reworking, 60 per cent of the parts new with 12 types of aluminium alloy in place of eight, all to get a weight reduction of a mere 30kg. That represents a saving of less than two per cent. It does, though, give Ferrari the opportunity to explain again, yet again, and once again, how much better aluminium is as a chassis material than a carbon fibre monocoque like the Woking boys use. 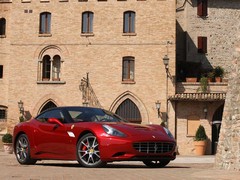 Still no stunner but bringing new buyers in

Step in the right direction

Although 8,000 Californias have been built so far, the unit cost of this redesign is high. But the constructional changes are also a step in the direction of the next generation California, something that will be lighter still with increased use of bonding in places of welds. The 2012 model also gets another 30hp, now reaching 490hp. Not so sissy, then, when 0-62mph is reached in 3.8 seconds. Two changes - a reed valve in the crankcase to reduce pumping losses, and a revised exhaust manifold - account for the most of the difference.

Of greater significance is the £4,320 Handling Speciale pack. It's aimed at serial Ferrari buyers who want an extra dose of magic from their California driving experience. The steering is nine per cent quicker, stiffness front and rear is up 15 per cent and 11 per cent respectively, and new logic to the SCM suspension control reduces body roll. 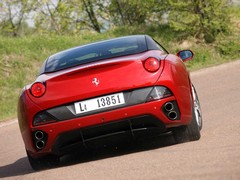 Teeming wet roads north of Maranello are not the ideal place to evaluate the handling characteristics of an uprated chassis, but we had a go. Initially it's the faster steering that grabs your attention. Back-to-back with the 'ordinary' 2012 California, the Handling Speciale instantly feels more alive, with the need to cross arms reduced by far more than a mere nine per cent increase in rack gearing would seem possible.

Degrees of discomfort
My co-driver thought it too twitchy but I loved it. We were more in accord about the suspension, which once again seemed to have changed more than the numbers suggest.

Firm or super-firm, depending on where the Manettino is set, it probably does the right thing on a circuit but seems frankly unnecessary on public roads, particularly the ones we get in the UK. Still, you have to respect Ferrari for offering buyers the choice. Porsche sells enough GT3s on a similar principle. 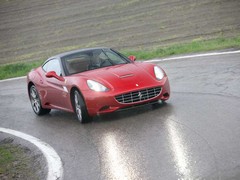 Just the weather for testing a stiffer cabrio

It was, as mentioned, too wet to make fine judgements about the differences, except to know there was little wrong with the original California chassis and suspension. It has a clever trick of feeling like a grand tourer with the transmission in Auto and Manettino set to Comfort, yet move to paddle shift and Sport and it's a different beast.

This is a genuine, balls-out supercar, eye-wincingly fast with a chassis that will move around enough to make your heart miss a beat, yet ultimately pull everything back into line. It's very satisfying. The changes for 2012 will, one suspects, go unnoticed by that 70 per cent of customers new to the brand, probably others too. But the modifications will be enough to encourage an upgrade to the latest California, while the handling pack will excite a few more. Not sure we'd go down that route though. We'd keep our California in standard spec and use the 458 for track work.