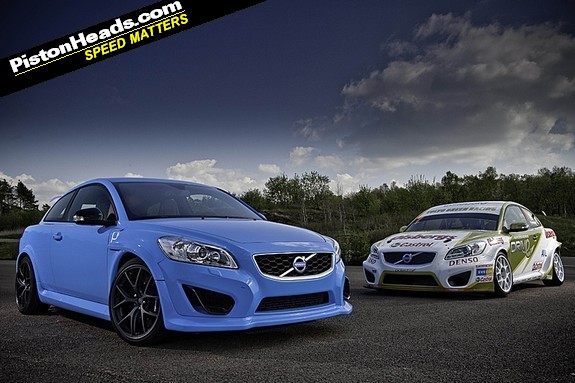 Remember the 850 R? For a few years a decade and a half ago Volvo abandoned its worthy-but-dull family car image and became, well, slightly mad. 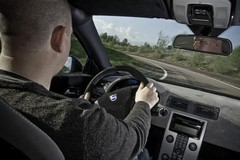 First it decided to plonk a 225bhp turbocharged five-cylinder engine into its 850 saloon and estate. Then it decided to take its boxy wagon into British touring cars with Tom Walkinshaw Racing. Next it created the 240bhp T-5R, before ending up, in 1996, with the black-alloyed torque-steer fest that was the 250bhp 850 R.

After that, Volvo slowly began to get all sensible again, with the last genuinely performance-focused Volvo - the S60 R - quietly slipping off the price lists in 2007.

But they do say that lunacy skips generations and this, the great (or possibly great great) grandson of the 850 R, is positively brimming with insanity - of the nicest sort. 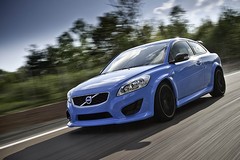 It's called the Volvo C30 Polestar Performance Concept and, while that name might not telegraph this car's intentions, these vital statistics will: 399bhp, four-wheel drive and 0-62mph in 4.6secs. This is most emphatically not a prissy, design-led concept that's all bodykit and no trousers.

The team behind the most extreme Volvo in a generation are Polestar, who also happen to have run Volvo's official entry in the Swedish Touring Car Championship (STCC) since 1996, and who are leading this year's STCC contest with a pair of C30 racers designed and built in-house.

Christian Dahl, owner of Polestar, reckons the company has spent around 130,000 euros developing this one-off C30 and, for some reason, seems perfectly comfortable with letting PistonHeads get its grubby mitts on it at Volvo's Gothenburg factory test track. On only its second-ever outing. He must be a confident chap. 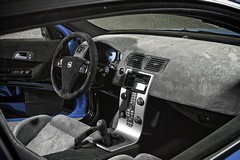 It's a bright mid-May afternoon when we arrive at Volvo's test facility, and the C30 concept looks stunning in its bright, icy blue (Polestar's signature colour, by the way) but I suspect that the stark, shocking hue of the concept would look equally dramatic on the drabbest of days.

With the Polestar STCC team also using the track today for a shakedown of their two cars ahead of the next race, we have a few minutes to poke around the C30 concept while the racers hurtle around the 1km test track. So it's with the half-a-V10 wail of the race cars' 2.0-litre naturally aspirated five cylinder engines in the background that we get our first chance for a good look at the car. 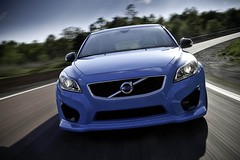 The outside is pretty self-explanatory. Chunky front arches and a deep front spoiler are balanced at the rear by a touring car-inspired wing. Polestar haven't put it through a wind tunnel yet but tell us that "we know at least that the spoiler doesn't fall off at 200kph". The bright blue paint is set off by big black 19-inch alloys.

The inside is a veritable feast of suede. Almost every surface, from the gearknob to the dashboard, to the seats and steering wheel, is covered in the stuff. It's all very nicely trimmed, but if Volvo were to make this car - or even something remotely like it - you'd want to tone it down a bit. 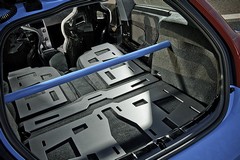 But it's not as if the Polestar C30 has nothing to back up its looks. The Polestar folks have been busy beneath the bonnet, modifying the pistons, conrods and inlet camshafts of the 2.5-litre five-cylinder engine, and teaching its ECU some new tricks. The C30 T5's turbo has also been thrown away, replaced by a larger 3K item, and a bigger front-mounted intercooler has been installed.

In total, the changes are enough to produce 399bhp and 376lb ft of torque. There's not been a concerted effort to save weight, but plenty of the racier items, such as the front seats, are lighter than the standard C30 T5's and so the car loses around 20kg). With a kerb weight of 1420kg, that's enough for a power to weight ratio of 281bhp per ton, almost identical to the same measurement for the new BMW M3 GTS. Should be quick, then. 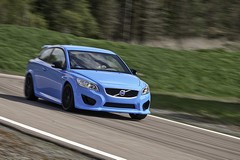 Harnessing that power is a version of the Haldex four-wheel-drive system used in some versions of the V50 estate, but with Quaife mechanical differentials front and rear, and a toughened-up centre diff. The gearbox is standard, although the ratios have been shortened.

On the handling side of things there are new Ohlins springs and dampers (which lower the car by 30mm), a more responsive steering rack, 235/35 Pirelli P Zeros all round and chunky Brembo brakes (380mm with six-piston callipers up front and 330mm discs with four-piston callipers out back). There's also a beefy crossbrace just behind the rear seats to help stiffen the chassis. 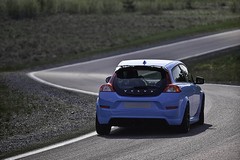 Eventually the racing cars are finished and Robert Dahlgren, one of Volvo's STCC drivers, hops in to the concept's driving seat to show me around the short, winding test track. The moment he pulls away I know this car is a proper piece of kit. The three-inch stainless steel exhaust lends the turbocharged five a booming growl, and the power and torque is immediately shove-in-the-back strong, even though Robert is really just pootling around.

Soon enough it's my turn. The driving position is immediately comfortable; the suede-covered wheel feels great - if a little oversized - and the seats hug and support just as they should. Moving gently away the car feels recognisably Volvo, recognisably a road car, but as soon as you plant your foot on the accelerator in second the car surges forward with a most un-Volvo thrust, and you have to snatch third before you know it. 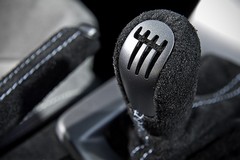 The first corner is over the crest of a hill, and is a long left-hander with very little in the way of run-off. I'm suddenly acutely aware that I'm driving a 130,000-euro one-off prototype - and one still in its early stages of dynamic development - and it's travelling rather faster than I had expected, so I get on the brakes hard, and prepare for a bit of a 'moment'.

I needn't have worried. The frankly massive brakes haul the C30 down to a more appropriate speed with ease and, as soon as I turn in, I realise there's grip to spare. Even if you start trying really hard the scariest thing that will happen (in the dry at least) is that the nose will start to push wide, a trend that's easily arrested by a lift of the throttle. There's a nice balance to the chassis, too. Push hard and you can feel the car sending torque to the rear on the exits of corners. It's not going to provide you with lairy drift-god moments - this car's default setting is definitely understeer - but the rear wheels certainly help to give you a good slingshot out of corners. 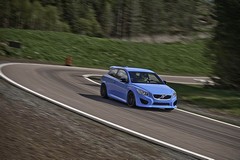 And you can push hard. This is no racing car - Dahlgren reckons his Volvo STCC car could lap the 1km test circuit around six seconds faster, despite its 100bhp-plus power deficit, thanks to a lighter body, superior rubber and better suspension - but it clearly is more than comfortable with track work.

The Polestar C30 isn't a raw track tool, though - the whole car is suffused with a sense of polish and refinement that seems entirely in keeping with 21st century Volvo's smooth, sophisticated MO. It's solid, there are few rattles, and the ride - at least on track - feels surprisingly pliant. If it wasn't for an unpleasant boom from the exhaust around 4500rpm, you could quite easily believe that this was a series production car. 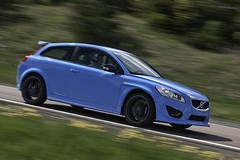 The only real fly in the dynamic ointment is a nodding motion through longer corners, but Christian Dahl says the springs and dampers are going back to Ohlins for a re-tweak to stiffen them up a bit.

Really, though, the worst thing about this car is that Volvo will almost certainly not make it. Polestar is keen to forge more serious links with Volvo Cars, with the ultimate goal of turning itself into a Volvo version of Renaultsport or BMW's M Division. But you have to walk before you can run, and the C30 Polestar concept is the 100-metre sprint. 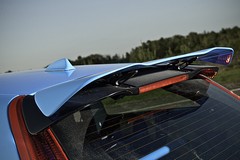 In reality the Polestar concept is a statement of intent to Volvo. "We're serious about fast Volvos", it says. "Now let us make something more sensible." They know Volvo won't make a 399bhp track warrior. But it might just let Polestar heat something up to take on the faster echelons of the hot hatch ranks.

A Volvo C30 'P' with, say, 280bhp to take on the likes of the S3 and Golf R? We certainly like the sound of it. Hopefully somebody at Volvo is listening. It's about time the company went a bit mad again.