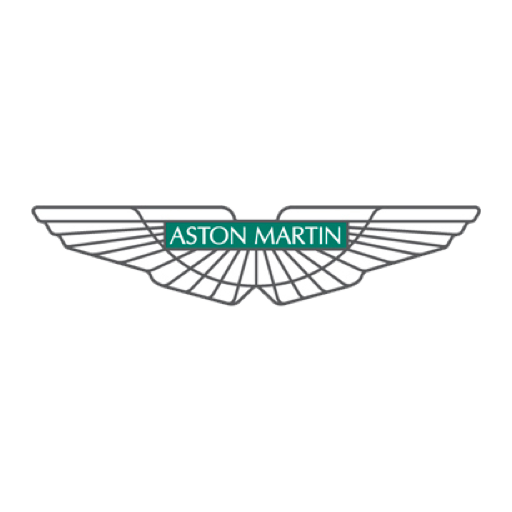 In 2007, fresh from their release from Ford, Aston Martin hinted that they might be about to change all that by shoehorning a detuned 585hp version of the Prodrive-developed DBRS9 dry sump V12 race engine and 6-speed transaxle manual gearbox into their smallest road car, the V8 Vantage. Thanks in part to a selection of go-, stop- and cool-faster parts, including carbon composite brakes from the DBS, a carbon bootlid, carbon bonnet (louvred), diffuser and wing, the V12 Vantage RS concept was 100kg lighter than the 1,630kg V8 Vantage despite its 5.9 V12 motor being 60kg heavier than the 4.3 V8 lump.

Positioning the V12 low down and far back in the chassis kept the front:rear balance tight, shifting it from a rear-heavy 48:52 to a nose-heavy but still more than workable 52:48. The fact that it fitted in there at all was a minor miracle given that the Vantage was shorter than a 911.

Anyway, Aston followed up on their Geneva hint and invited selected journos to have a go in the Vantage RS concept at Paul Ricard in 2008. They loved it. Dream cars like that rarely made it to the showroom, but the barrage of inquiries after the Ricard tests justified Aston's decision to turn the 'big into little will go' concept into reality in 2009, when the RS was productionised under the V12 Vantage name after someone noticed that more than one car company was already using ‘RS’ for their halo products.

At 1,680kg the finished V12 Vantage was a little heavier than the RS concept, and the DBS 510hp/420lb ft AM11 V12 engine used in it was a little less powerful than the race motor, but the production car still marched from 0 to 62mph in 4.2 secs and on to a higher final drive-enabled top speed of 190mph in the spookily linear style that big-displacement V12s do so well. It was priced at £135,000, exactly the same as the Ferrari F430. Production was limited to 1,000 cars.

Three years later, in 2012, a V12 Vantage Roadster variant was unveiled. 80kgs worth of chassis stiffening measures took the convertible to 1,760kg and extended the 0-62 time by 0.3sec. A redesigned boot lid and front air intake kept the top speed at 190mph. Only 101 of these manual Roadsters were made, at a new asking price of £150,000 exactly, and it’s thought that just thirty or so of these sought-after ragtops live in the UK.

Pumping out an anti-social 390 grams of carbon dioxide for every km in 2009, the V12 Vantage was never going to be a long-term project, but in spring 2013 a new model based on a revised AM28 version of the 5.9 stepped in to extend the V12’s life – and its performance – in the purposeful guise of the V12 Vantage S. The AM28 was the same capacity as before, with the usual 6.0 on the cover despite the actual displacement being nearer to 5.9, but all the major bits – cylinder block (with machined combustion chambers), crank, valves, springs, pistons, intake manifold, higher compression head, hollow camshafts – were new, as were the oil and water pumps and the Bosch engine management system.

Less weight and more power obviously meant more performance. One-77 apart, the Vantage S was the fastest accelerating road-going Aston Martin you could get. Maximum speed was lifted to 205mph and the 0-62mph time lowered to 3.9 secs, figures that wouldn't be bettered three years later by the twin-turbo DB11. The deep drainpipe gurgle at idle and thunderhowl at full chat wouldn't be bettered by the DB11 either, or indeed by many other cars you might be able to think of, then or now.

In April 2016 Aston announced that the V12 Vantage S would be available with a 7-speed manual transmission incorporating Aston's AMSHIFT tech using clutch, gear position and propshaft sensors to deliver heel-and-toe style downshifts and full throttle upshifts. In case you needed reminding of the dogleg shift pattern on your way into the car – and with this much metal thrashing about around you it was important to get that right – it was engraved on the door sill. At the same time the S received a new Sport-Plus Pack option with new cosmetics inside and out, 10-spoke graphite alloys and new accent colour options for the grille, sills, mirror shrouds and rear diffuser.

A Vantage GT12 limited edition of 100 cars was issued in 2015. Taking styling cues from the V12 Vantage GT3 sports car racer, these cars had 595hp engines with magnesium inlet manifolds and torque tube, a full titanium exhaust, race-style arches and boot wing, and lots of carbon fibre in the lightweight power seats and tailgate infill trim as well as in the cabin and the body panels (front wings, bonnet, door casings and optional roof). You could even have polycarbonate instead of glass for the rear screen and rear quarter windows. Weighing 100kg less than the V12VS the 1,565kg GT12 was arguably the nearest thing to the stripped-back RS concept of 2007.