Faster, better-built and easier to own than the 355, the 360 has an awful lot going for it

’s looks were not universally loved when it was launched at the Geneva Auto Salon in 1999. Replacing the delectable 355 was always going to be tricky, so Ferrari took a different tack with the 360, introducing a more modern look that had to forego pop-up headlights for regulatory reasons. 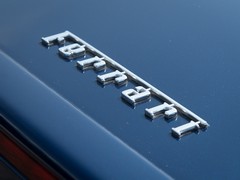 If the looks weren’t universally admired when new, opinions have softened with time and the 360 is now on the cusp of following the 355 into modern classic status, as witnessed by prices for good examples that are going up. It helps that the 360 ushered in a new era of all-aluminium construction for Ferrari, so it stands as a milestone in technical development.

The looks were also heavily influenced by aerodynamics, so the 360 did away with the classic small Ferrari central ‘egg crate’ radiator grille as seen on the Testarossa, 348 and 355. Instead, there were two large air intakes at the front feeding air past a raised centre section and along the flat bottomed tub to a rear diffuser to create proper downforce.

A naturally aspirated 3.6-litre V8 lies at the heart of the 360, pumping out 400hp. It was offered with either a six-speed manual or F1 paddle-shift gearbox and the 360 could see off 0-62mph in 4.5 seconds and 184mph. Average fuel economy of 15.7mpg was decent for the period and means the 360 is not so wallet-wilting to own today.

Build quality also took a big step forward with the 360, which means there are a fair few out there with higher mileages than you might expect for a Ferrari. The Italian firm also launch a Spider in 2000 with a fabric roof that stows away electrically behind the cabin. 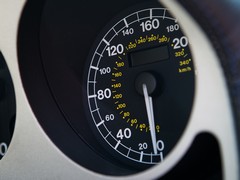 The other road-going 360 variant offered was the 360 Challenge Stradale, which joined the line-up in 2003 with 110kg stripped from its weight. Power was increased to 425hp and the CS only came with the F1 gearbox, giving 0-62mph in 4.2 seconds with a top speed of 186mph.

Ferrari also offered Challenge, GT and GTC models for racing. The Challenge car had 400hp and less weight than the Modena to cover 0-62mph in four seconds, and it spawned the Challenge Stradale road car. The GT and GTC have 430hp and 450hp respectively and are pure race cars, so they are outside the scope of this buyers’ guide.

For road cars, prices start at around £35,000 for Modena and Spiders, rising through the main selection of cars for sale at around £45,000 and on to £100,000 or more for the very best Challenge Stradales.

Owner's view:
"I long for another 360 and will have one in due course. It was a painless entry into Ferrari ownership. The depreciation on the car was minimal - half what I had suffered when leasing a brand new Audi S3 for 2 years in 2008."
Magnus Grimmett