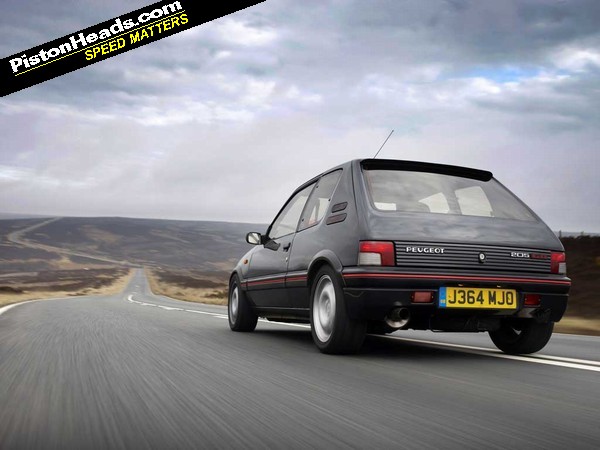 When I was growing up the recipe for creating a hot hatch was fairly simple; take one mundane supermini, shoehorn a slightly too big engine into it, stiffen the suspension and - occasionally - add uprated brakes. Then simply bolt on some crude styling 'enhancements' and make sure that the chassis was set up for lively handling. As I say, simple. 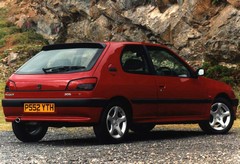 Whilst the ubiquitous 0-60 sprint was essential for ultimate bragging rights, everyone knew from the get-go that hot hatches were all about fun, with entertainment the primary concern. Everybody was just fine with that. Cars of the 80s like the 205 GTI, the Golf GTI or the Fiesta XR2 and later models like the Clio Williams, 306 GTI-6 and Honda Integra Type R all embodied this simple formula.

They didn't take themselves too seriously, they were fun to drive and potent enough to have a pop at bigger, more exotic machinery. They were everyday heroes and people loved them. The fact that for the most part they looked like a beefed up version of your mum's shopping car only made them more desirable.

Whilst more and more manufacturers came out with their interpretation of this new and exciting genre sales increased and the hot hatch established itself as a cornerstone of the automotive world, especially in Britain. At no point during any of this did anyone know or care how fast any of the cars could lap the Nordschleife. 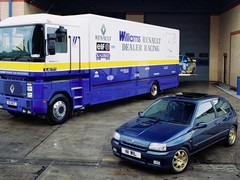 Moving with the times

More recently Renault's 172 and 182 followed the same recipe and were shining examples of the breed. Perhaps I should admit at this point that I'm a fully paid up Renaultsport fanboy, but I don't think many would disagree that they represented a high point. Indeed, in my eyes the 172 Cup I once owned was perhaps one of the last ever 'proper' hot hatches. Dan, also a former owner, would seem to agree. It had all the ingredients from the magical hot hatch recipe and nothing more. Literally - not even ABS - was allowed to get in the way of creating a raw and rewarding driving experience.

As cars have developed over the years the hot hatch formula has inevitably had to move with the times. This is especially apparent in the quantity and complexity of technological goodies packed into all modern cars and the inevitable over-seasoning of what was once such a simple dish. For the most part I can live with the gimmicks as long as they don't overly intrude with the prime directives of the hot hatch. I'll even accept the technological witchcraft used by some manufacturers to try and inject a bit of excitement into the flat-sounding but efficient crop of turbo engines seen in the latest breed of tearaways. 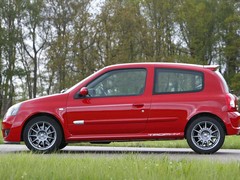 James couldn't choose Cup or Trophy; had both

A change of focus

I think the problem with modern hot hatches developed more recently. I imagine it started when the marketing bods [What, like you? - Ed.] were sat around one day trying to come up with a way to communicate just how spicy their latest contender was. It is easy to list how much power and how many gadgets a car has, but how do you go about demonstrating the intangible feeling of how much fun a car is to drive?

It's quite tricky, and the marketplace is ever more competitive so manufacturers need to be ever more creative. They needed metrics. Then someone pointed out how successful Nissan had been in using the time sheet from their Green Hell shenanigans in proving the GT-R is fast enough to outrun the apocalypse, and possibly a GT2. A light bulb illuminated above someone's head. Suddenly the focus of hot hatches changed and they were all about lap times. The recipe had a new ingredient, and it was a biggie. But they failed to consider the consequences and at no point did anyone question if getting serious about lap times would lead to a car that felt a lot more, well, serious. 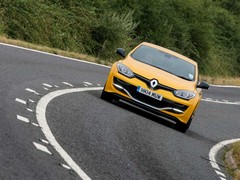 Is progress all about making progress?

I recently drove the

we had in. It is an amazing car and it is really very fast. It possesses a huge amount of grip and it is clearly incredibly capable. It is perhaps a little too far removed from a misery-spec Megane in the styling department and lacks a bit of subtlety, but all in all I thought it was really good. As I've already said, I'm a Renaultsport fanboy but even trying to be objective it's clear they've built an amazing car.

Messrs Trent and Bird tell me that when they took it on track as part of the recent twin test against our long-term Seat Leon Cupra it was brilliant and its extreme R derivative's 'ring lap time utterly believable. But as I drove it along familiar roads it struck me that the level of commitment required to access the car's undoubtedly excellent chassis is just too high. To me it is just too capable, which is a direct by-product of the fact the car was developed to be able to attack the unforgiving turns of the 'ring without the looming threat of finishing the lap with a heli evac. Of course, this does mean that it will get you to where you want to go very quickly - be it to the local shops for a pint of milk or around a famous toll road in the Eifel Mountains. I guess to some people that's fun. But not to me. 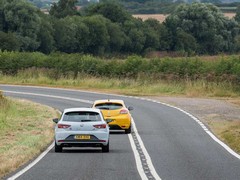 What I want from a hot hatch is a car that moves around underneath me at more socially acceptable speeds, relying more on chassis balance than outright grip. I want it to cheekily cock a rear wheel as I pitch into a roundabout and I want to experience the thrill of having just enough grip to allow the rear end to be trustworthy but mobile. Simple pleasures from simple machines. It seems those days are long gone.

The innocence and purity of the formula has been lost in the pursuit of lap times. Yes, modern hot hatches are incredible machines. Yes, they're hugely capable. They're very fast and undoubtedly better in almost every way than their older relatives. But I think they're not as much fun. Tell me I'm wrong...