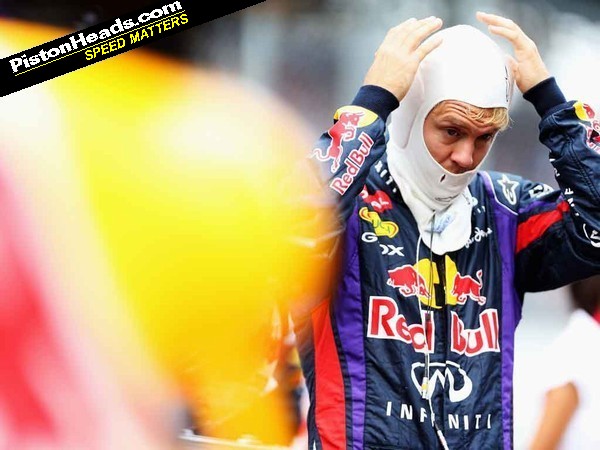 His record will soon stand among the very greatest drivers of all time, his speed is beyond any doubt and he has achieved perhaps the most difficult task in motorsport, that of shaping an entire team around him - and him alone - to produce lasting success. But to many people, some of them F1 experts whose opinions are worth listening to, Sebastian Vettel is not a great champion. How is that so? 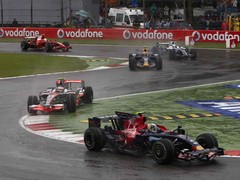 I ask this as a Vettel agnostic - an admirer of his precocious talent, but someone who has never sat in front of a telly and urged him on to victory. Except perhaps that stellar weekend at Monza in 2008 when he drove the wings off his Toro Rosso.

What is it that people don't like about Vettel? The obvious answer is the perceived monotony of his success, but any F1 statto can dismiss this and show that he has faced far stronger competition during his frontline career than the other German who dominated the sport a decade earlier. But monotony does breed dissatisfaction in motorsport. Which is odd because tennis fans never seem too bothered if Federer is winning everything.

The nature of the victories is perhaps more important then. I think few of us begrudged Schumacher his podium leap if he'd just out-scrapped Hakkinen. But that statement now leaves me open to the Bridgestone conspiracy theorists who state, with some validity, that MS's extra test mileage on his favourite rubber made for an entirely unfair playing field. But that's another blog entirely. 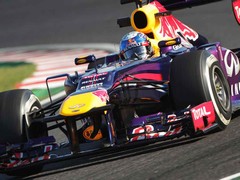 Talent at wheel not in doubt; popularity though?

The notion that an unfair advantage has been exercised or a technical superiority has rendered a championship a non-contest remains a salient point though. This template of creating an autocratic machine working for one driver alone is perhaps the great irony of Schumacher's legacy in F1. In that the very process he shaped undermines the legacy of the driver's record because it leaves behind it a suspicion that his role was diminished.

Vettel is currently suffering the same fate. In fact he has it worse in this current era of strict technical regulations and superstar car designers. Even the casual F1 observer now apportions as much credit to Red Bull's success to Adrian Newey as it does the man who is about to become a four-time world champion. 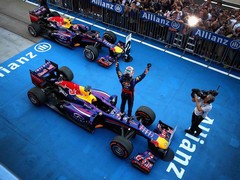 Another victory but why don't we love him?

10 years ago only Autosport reading nerds knew the names of such people, even though Murray gamely reminded us every Sunday. Even in a perfect car, Sebastian (Christian name this time, you can see I'm softening) has to execute a great weekend to win the race.

It's the tedium aspect I find interesting. Did people think Fangio's dominance was all a bit dull? I presume some did, although not to the extent that they harangued him on the podium. And Prost, what about his championships? Take away the rivalry with Senna and you could accuse the good Professor of making a less than inspirational show for the paying public.

So maybe that's the core issue here? The most successful champions, the statisticians' dreamboats, are by definition less exciting and therefore Vettel is simply a victim of his own success? 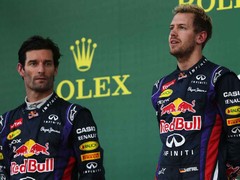 Not everyone's a fan of Vettel's success...

There's certainly something in the theory. Gilles Villeneuve is the classic example of a driver with an almost evangelical following whose record viewed in Microsoft Excel doesn't justify the hype. Brought forward to recent times were you as sad as me when Kobayashi left F1? Rousing emotions in armchair pundits like us and winning races appear to be different disciplines.

Unless your name was Ayrton Senna. Viewed according to this little deconstruction you could argue that Senna's greatest achievement was to dominate Formula 1 but never to have left people feeling his victories were tedious. Lest we should forget, Ayrton wasn't universally popular at his peak and his untimely death probably meant some of his conduct is posthumously viewed a little more kindly than it deserved. It goes without saying that he was my favourite driver of that generation. 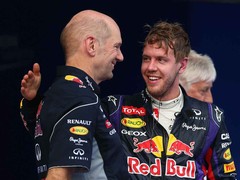 So why doesn't Vettel grab the imagination the way Senna did? His talent shines as brightly, his record will soon be better, his racecraft is magnificent and he is good mates with Kimi. I'm probably not alone in thinking that last fact tells us more about the real Sebastian Vettel than any nonsense emanating from the Red Bull PR machine.

But he gets booed on the podium. I absolutely hate that and, being an arch contrarian, find myself thinking the surest way I'll become a Vettel fan is if the podium abuse continues. But the nagging suspicion remains that Hamilton has more raw speed and somehow always makes things more exciting and that Alonso is still the best combination of speed and nous. That looks absurd written down, doesn't it? A young man is about to be crowned world champion for the fourth consecutive year and yet the majority of experts still reckon he's the second best driver. 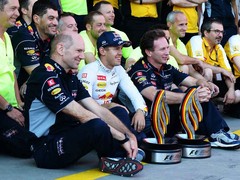 Schumacher model has worked for Vettel too

Surely this needs de-bunking now. Four championships, Newey-assisted or not, in an era of Hamilton, Alonso, Raikkonen, is perhaps the most remarkable run of success in the history of the sport.

Perhaps I'm thinking too deeply about this. Maybe it's the index finger that rouses the hatred, or some rank xenophobia,

Anyways, please tell me why I'm wrong about 'Seb'.