Hardcore German supercar builder could yet be thrown a financial lifeline

The future of insolvent German supercar maker Gumpert could be secured following talks with new investors, PistonHeads has learned. 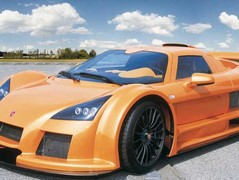 The Apollo is no beauty but has its charms

We spoke to the head of sales and marketing, Bastian Schaefer, who had positive news for fans of the mighty Apollo. "It's looking good," he said. "It's not fixed yet, but there are a few candidates."

The company applied for insolvency back in August citing poor sales in China. However Schaefer has admitted for the first time that it was the sudden exit of a major Chinese investor that did it for the firm. Hence the search for fresh cash.

Right now the company is continuing to make its sole product, the twin-turbo 4.2 V8 powered Apollo. In its BASE form it makes 650hp, accelerates to 62mph in 3.1 seconds and costs a shade over 400,000 euros (£325,000) before taxes. If that capacity figure looks familiar it's because it you recognize it from Audi's line-up. Founder of the firm Roland Gumpert was an ex-employee of Audi's and one of the main men behind the development of the quattro drivetrain. 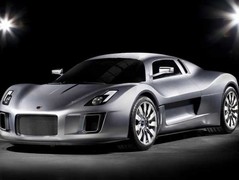 So far Gumpert has made more than 60 of the Apollo since its launch in 2005, but selling just one model,

though it might be, could be part of the problem. According to Schaefer, the potential investors have raised the issue. "They are of the opinion that we should more have than more than one model," he told us.

That could resurrect 2011's concept, the Tornante. Still brutal, but a touch more svelte than the practically grid-ready Apollo. "This maybe a way we could be go, but it's not confirmed. Most crucial is to have the money," Schaefer said.

Gumpert very much deserves to live, not least because its name would make a great children's book character. Let's hope this story has a happy ending.