One PHer sets course for the far side of the world... in a TVR

You know how it is. You've ticked driving to Mongolia in a Mini. You've coaxed a

Rolls Royce and Corvette across Asia

, to Singapore. So what do you do next? 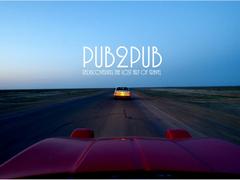 There are worse first world problems to have. But this is the dilemma which faced PHer Ben Coombs a few years ago. The solution, predictably, was waiting for him at the bottom of a pint glass.

Why not drive from the northernmost pub on the planet to the southernmost?

Such a compellingly simple idea has yielded a gloriously complex road trip, which has a start point only 700 miles from the North Pole, at the abandoned Soviet mining settlement of Pyramiden, on the island of Svalbard, and a finish point in Tierra del Fuego, near South America's southernmost tip. Whichever way you slice it, there are a lot of road miles on that itinerary. About 20,000 to be exact. Across 20 different countries, on three continents, with a route which takes in Europe, the USA, Central and South America. So what car would you choose for such a trip? 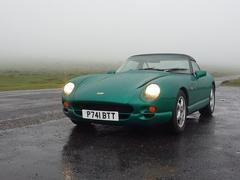 Simple. Given this is TVR's renaissance year, by Ben's logic it simply had to be a 20-year-old TVR Chimaera. Which, by journey's end in early 2018, will hopefully have completed the longest road trip ever made by a sports car. Or will have caught fire somewhere in Mexico. One or the other...

The Pub2Pub Expedition left Dartmoor to start the long haul up to Northern Norway on Sunday (2nd July), and we'll be checking back periodically to share their progress with you. In the meantime, for a fuller description of how PHer Ben came to be setting off to a pub on the far side of the world in a TVR, feel free to peruse the blog post here.