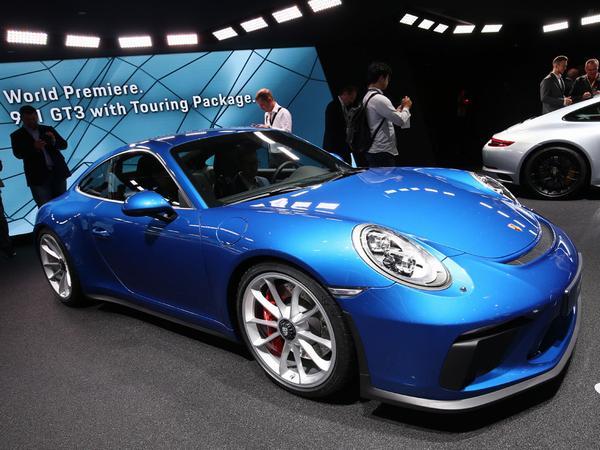 "We are not a hedge fund", declared

before the reveal of the

. "We are a company that produces cars, we live because we sell cars and we have to make a profit to go on." An obvious point maybe, but the hidden meaning seemed clear: more Motorsport 911s were coming, and they could well be influenced by the 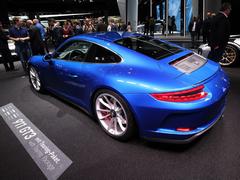 First there was the return of the manual

It gets better too, as the GT3 Touring is manual and manual only. Yep, honest. With a mechanical limited-slip differential too. The 'box is said to offer "particularly sporting shift characteristics", with 62mph coming up in 3.9 seconds.

And doesn't it look fabulous? Porsche says the GT3 Touring Package is designed for "enthusiasts who particularly value an understated appearance combined with a high level of driving enjoyment", so the GT3 fixed spoiler is gone, replaced by an automatically extending one. Otherwise the body is identical, but the aero underneath is tweaked. 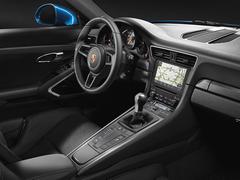 Moreover, there are certain spec choices and options that reflect the Touring's (slightly) less hardcore remit. So you can't have the Clubsport package or the interior Alcantara, the cabin here a little more luxurious with leather on the wheel, gearstick and headrests. The seat centres are - you might want to sit down here - black fabric as standard. Porsches states however that "virtually all" other GT3 options are available, including the ceramic brakes, front axle lift and LED lights. Finally, if you want to get rid of the silver exterior trim that marks out the Touring, there's a 'Black Exterior Touring Package' that kinda does what it say on the tin. If Dan's experience

was anything to go by, that's probably a box worth ticking.

Talk of options brings us conveniently to the Touring's price: £111,802, or exactly what the standard GT3 costs. Whether you will actually have opportunity to buy one remains another matter, though the news of - seemingly - more manual GT3s in the world sounds rather excellent to us. So, standard or Touring GT3 - which will it be?