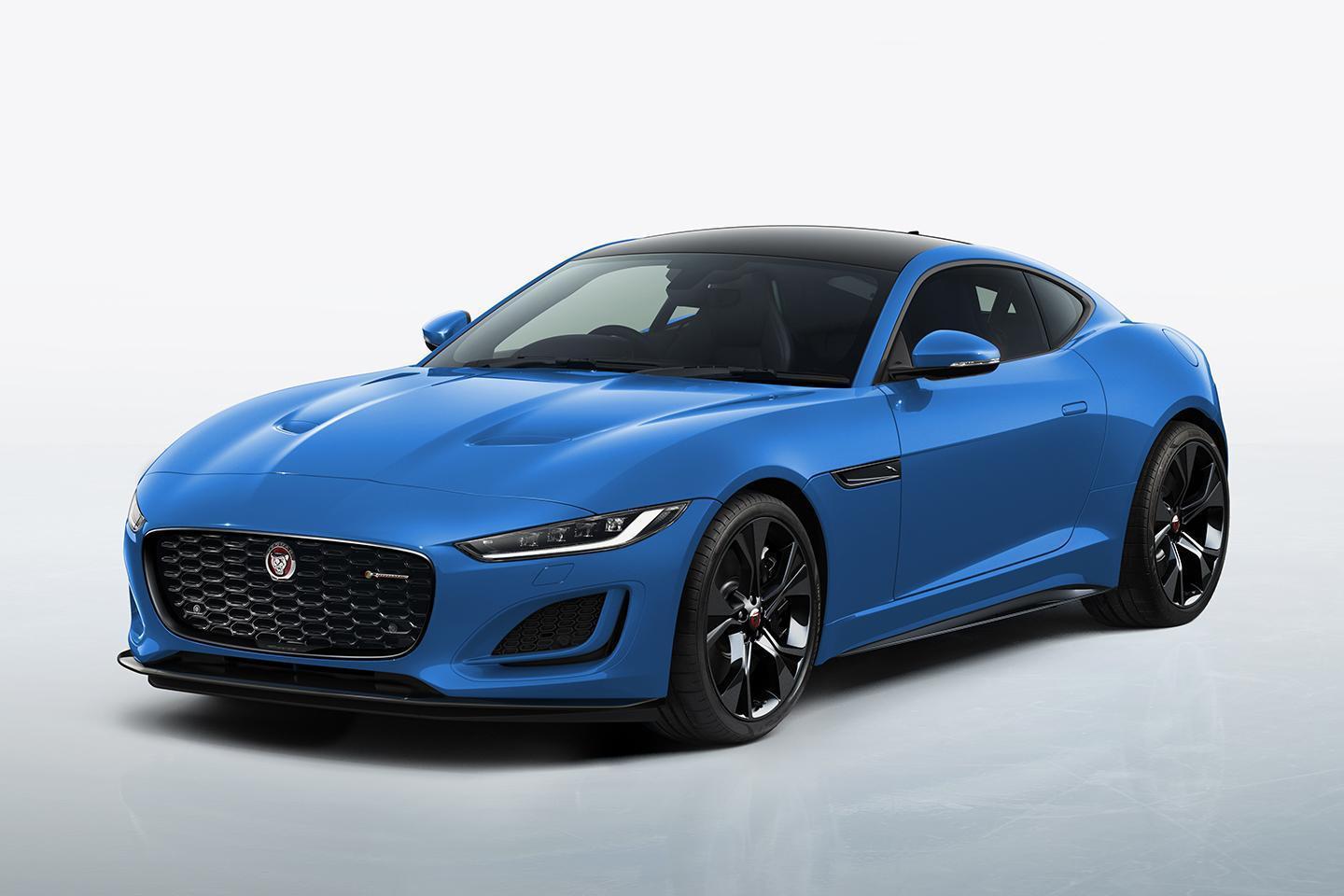 Jaguar has added a limited edition version of the F-Type to its ranks which celebrates the D-Type’s win at the 1954 Reims 12 Hours with a lick of French Racing Blue paint. It’s not often that manufacturers see fit to pay homage to a 67th anniversary, but Jag’s product team obviously thought Blue Monday – considered to be the most depressing day of the year – a suitable wheeze. And frankly the car is a little more eye catching than the Heritage model it regaled us with last month. French Racing Blue Monday anyone?

Of course, there is a precedent here, too - following on from the XE Reims Edition, just 150 examples of the UK-only F-Type variant will be made, with the run featuring P300 or P450 coupes in a demand determined split. Along with the paint, each car will get standard-fit black pack features, gloss black side vents and 20-inch five-spoke alloys. Inside (though we haven't seen it yet), there’s an ebony-on-ebony theme, with more black pack details and a few selected extras, like a panoramic roof, heated seats and the climate pack. That pack alone is normally worth £685 and brings two-zone climate control, a heated steering wheel and a heated windscreen to the standard equipment list.

Rather than being a bespoke, impossible to replicate specification, the Reims Edition is one of those cars that heaps popular options together and then undercuts what a standard F-Type would cost with them added. The P300 start at £58,950, while the P450 opens from £71,450, representing savings of up to £4,160 compared with virtually identical cars not touched with the marketing wand. So it's a new year sales kickstarter for Jaguar - and limited-run, not ridiculously priced French Racing Blue F-Type for you.

That being the case, no distinguishing work has been done to the engine or chassis: you get a turbocharged 2.0-litre with 300hp in the P300 and the highly recommended 450hp 5.0-litre V8 in the P450. Lest we forget, the latter ran Porsche’s 911 Carrera S close in our head-to-head last September, and that was with a car painted in a dull shade of grey. French Racing Blue makes everything better, especially on the least exciting day of the year.