No other four-door car has been around the Californian circuit faster, says Jag - watch the vid here 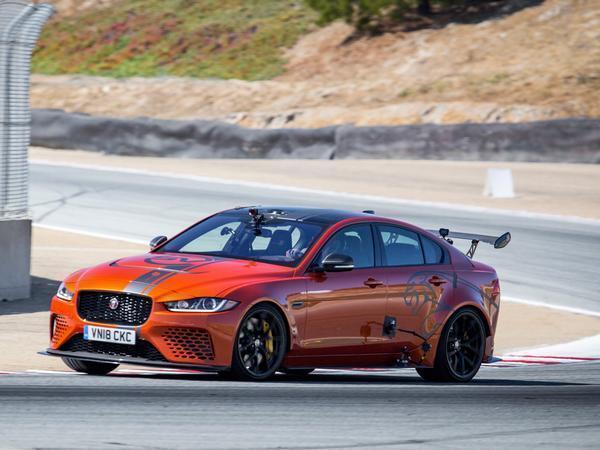 Well, now we look a bit silly. That's because, in the space of a few days, there are two Jaguars on the PH homepage claiming lap records at Laguna Seca. With the same driver. D'oh.

Of course with knowledge that the XE SV Project 8 was going to lap the WeatherTech Raceway in 1:37.54, the I-Pace lap probably wouldn't have made the newsfeed. It's worthy, sure, and it's kinda interesting, but a 600hp V8 saloon still sits more comfortably with us than an EV crossover.

There's some noise, for a start; the supercharger shriek defining the saloon's journey around the 2.2 mile circuit as much as the V8 rumble. With both superchargers and V8s seemingly on their way out, to hear them in unison is a pleasure that's becoming more enjoyable the more seldom it's heard. Even if the noise is interspersed with some slightly sluggish downshifts...

The pace here is undeniable; as seen in the Nurburgring lap and reported in the P8 first drive, it's the composure carried by the car in high-speed corners and over imperfections that's arguably most impressive. See as well the braking into turn 2, the XE planted and assured as its carbon ceramics haul it down from beyond 130mph to just 40.

So yes, bravo Jag, this is one impressive Laguna Seca lap. Wonder how it will cope with some UK tracks and some UK weather? Hopefully one to discover soon. Finally, a quick point about the car the Project 8 surpassed to the four-door lap record, the Cadillac CTS-V. Sure, it's more powerful, but the big Caddy is three years old now, is much less track focused and will be heavier - to be just a second off the XE is damn impressive. We did say it was good!