Stylish but not without its quirks

At launch in 2003, the DB9 offered the expected mix of wood and leather Aston Martin's traditional buyers demanded. There were some complaints the car was not as well equipped as it should be given the six-figure asking price, but Aston addressed this in 2006 with the addition of satellite navigation that was sourced from Volvo, Bluetooth and heated seats as standard. 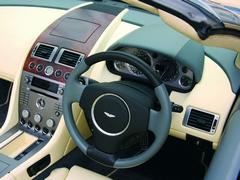 It's worth noting the heated seats have been subject to two recalls as the control module can fail and allow the heating elements to get too hot. This could possibly lead to the seats beginning to smoulder and present a fire risk, so check the car's service record to make sure this remedial work has been completed.

With the 2009 update of the DB9, Aston introduced a new centre console made from die-cast zinc with a painted iridium silver finish. The company also started to use the Emotion Control Unit key first seen on the DBS in 2007. This glass, stainless steel and polycarbonate key fits in the slot on the dash and flashes red as the car is started. However, it's also susceptible to chips in the glass finish, so most owners keep it safely stashed away and use the plastic second key. 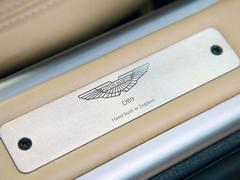 There's a lot of leather inside the DB9's cabin and it's of a very high quality. Any wear should be restricted to the driver's seat outer bolster, but this is straightforward to have repaired. As for the two rear seats that nominally make the DB9 into a grand tourer, they are much too cramped for even small children and most owners treat them as additional storage space to augment the 155-litre boot.

The Volante's boot capacity is 138-litres as the cavity for the roof pinches some luggage room.

A final point to bear in mind with the DB9 is the combination of interior colours and finishes. Used buyers tend to prefer more restrained interiors that are in keeping with traditional Aston Martin looks. There are some more outlandish DB9 cabins out there, so bear this in mind when buying as it will make the car harder to sell on and worth less than one in more muted hues.

PHer's view:
"The car did not feel very well put together. There were numerous rattles and squeaks. If the car was not driven for three days the battery would completely discharge itself which led to all sorts of electrical niggles on the car."
Anuj Malhotra