Exotic and charismatic V12 at the heart of the DB9's appeal

The 5,935cc V12 engine used in the DB9 kicked off with 450hp at 6,000rpm and 420lb ft of torque delivered at 5,000rpm. In 2009, the engine's capacity remained unchanged but revisions to the cylinder head and a slight rise in compression found another 20hp to give 470hp at 6,000rpm and 443lb ft at the same 5,000rpm. Although small gains, they helped improve 0-62mph from 4.9 seconds in the earlier car to 4.6 seconds in the revised version. Top speed also rose from 186mph to 190mph, and these figures are all for the Touchtronic six-speed automatic gearbox model. 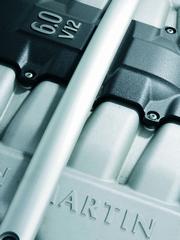 At the same time the engine was revised, Aston also improved the six-speed automatic transmission with a new hydraulic control box, making shifts quicker and smoother. As a result a facelifted DB9 with the more powerful engine and 'box is the one to look for if budget allows. The manual six-speeder is much rarer as few owners opted for it when new, but it is now prized among used buyers and commands a premium of around £5,000 if you can find one.

Clutch life in the manual gearbox is around 20,000 miles if you don't drive the car excessively hard and one owner we spoke to was up to 25,000 miles without the need for a new clutch, even though the car was driven in city traffic regularly. To replace a clutch will cost around £1,300 plus fitting from an independent specialist, so reckon on a final bill of about £2,000. Specialists such as Bamford Rose offer lightweight flywheel conversions, which make the engine more responsive, though most owners say they are more than happy with the engine's power and delivery.

While checking out the gearbox, look in the service history to be sure a recall for 2009 cars has been carried out. This concerns the automatic 'box properly engaging Park. There was also a recall for the transmission surround potentially touching the printed circuit board underneath and causing the gearbox to default into neutral. Another recall was issued for a faulty throttle pedal arm that could fail and leave the driver unable to press the accelerator. 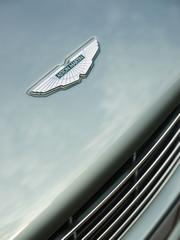 The 2009 update brought a deeper engine sump to create less drag on the motor's internals. It did nothing to alter the V12's thirst for fuel and owners report 15mpg is about average in normal use or 20mpg at a steady cruise on the motorway.

Service intervals for the DB9 are every 7,500 miles and an independent specialist will charge around £650 for a minor service and £700 for the major services that come around every five years as most cars don't cover enough miles to meet the 45,000- and 100,000-mile markers.

Specialists we spoke to say the V12 is very durable and understressed, so it's very reliable. Some electrical faults can show up, with failed sensors the most common. These can be irritating but are generally easy to fix, but a car with oil leaks is more of a concern. Although not common, oil leaks can occur and usually signify a car that has been abused. You should also check the oil level is to the full mark and clean as the motor will use around 250ml every 1,000 miles in normal driving.

PHer's view:
"I will happily put up with things from my DB9 that I would be going ballistic about with any other marque - there is just something you can't quite put your finger on. My advice is buy one: life gets better!"
Julian Penniston-Hill