Stiff ride can wear your patience and a few suspension parts too... 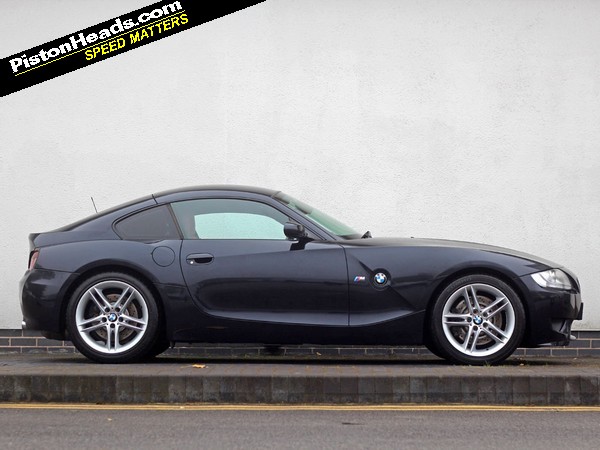 The Z4 M Roadster and Coupe share the same platform made from steel. Adding the roof of the Coupe more than doubled its torsional rigidity compared to the Roadsters, which is why the open-top model was fitted with slightly softer springs and dampers when new. 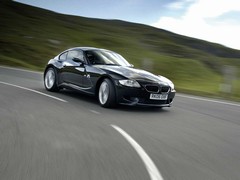 An absorbing drive on the right road

A result of the Coupe's greater rigidity and firmer suspension is it can feel very hard on anything but completely smooth roads. For anyone who has not driven a Z4 M, it's advisable to try both Roadster and Coupe before deciding which you want.

At the front, the Z4 M has MacPherson strut suspension design with anti-roll bar, but at the rear there's a multi-link set-up with coil spring and dampers. The front suspension is hard-wearing and simple to service, but the rear end requires more maintenance.

Rear coil springs break and the bushes wear at around the 40,000-mile mark, causing the rear wheels to wander. The rear trailing arm bushes can be fitted with washers to limit flex and improve feel, while others opt for poly bushes and live with the squeaks they can cause as the suspension moves. Eibach Pro-Kit springs are reckoned by many owners to improve ride and handling for £200 plus fitting.

The Z4 M shares its brakes with the M3 CSL, but owners often report poor pedal feel and a 'deadness' to the initial pedal movement. This was noted when the car was new, so is not something to panic about and some owners fit aftermarket pads to improve pedal feel. Using the same brakes as the CSL means Z4 M front discs and pads will set you back around £500 from a BMW dealer, though an independent should be able to supply the same for around £320. 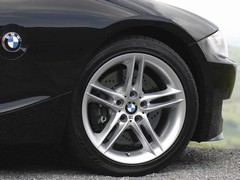 The Z4 has an electrically assisted rack and pinion steering set-up with the same ratio as the CSL, so it is quick to react and some early road tests felt it made the Z4 M turn in a little too eagerly, further fuelling its love-or-hate reputation. Any knocking through the steering under braking is most likely to be worn front control arm bushes.

Most owners recommend Michelin Pilot Supersport tyres for a mix of dry and wet weather handling balanced against decent wear. A set of rear tyres can last 20,000 miles, but using all of the Z4 M's power can halve this. Standard tyre sizes are 225/45 ZR18 at the front and 255/40 ZR18 rears, though many cars now run the 19-inch alloys from the M3 CSL with no problems.

Making the most of the power can be tricky as the DSC traction control in the Z4 M cuts in early and can hamper the enjoyment of the car. Some owners have had the ECU coded to allow a track mode setting that raises the threshold where the DSC will intervene. There's also a sport button that sharpens the car's throttle response, but again this can make the car difficult to drive smoothly unless you're driving hard on a track.

PHer's view:
"The ride quality is pretty poor and not justified by being 'stiff'. On the plus side, I didn't upgrade mine but imagine these cars with some quality dampers and matched spring rates could be pretty epic. It's also too heavy to be a proper sports car."
Jonathan Mitchell