Can't wait for a Golf R wagon? There may be no need 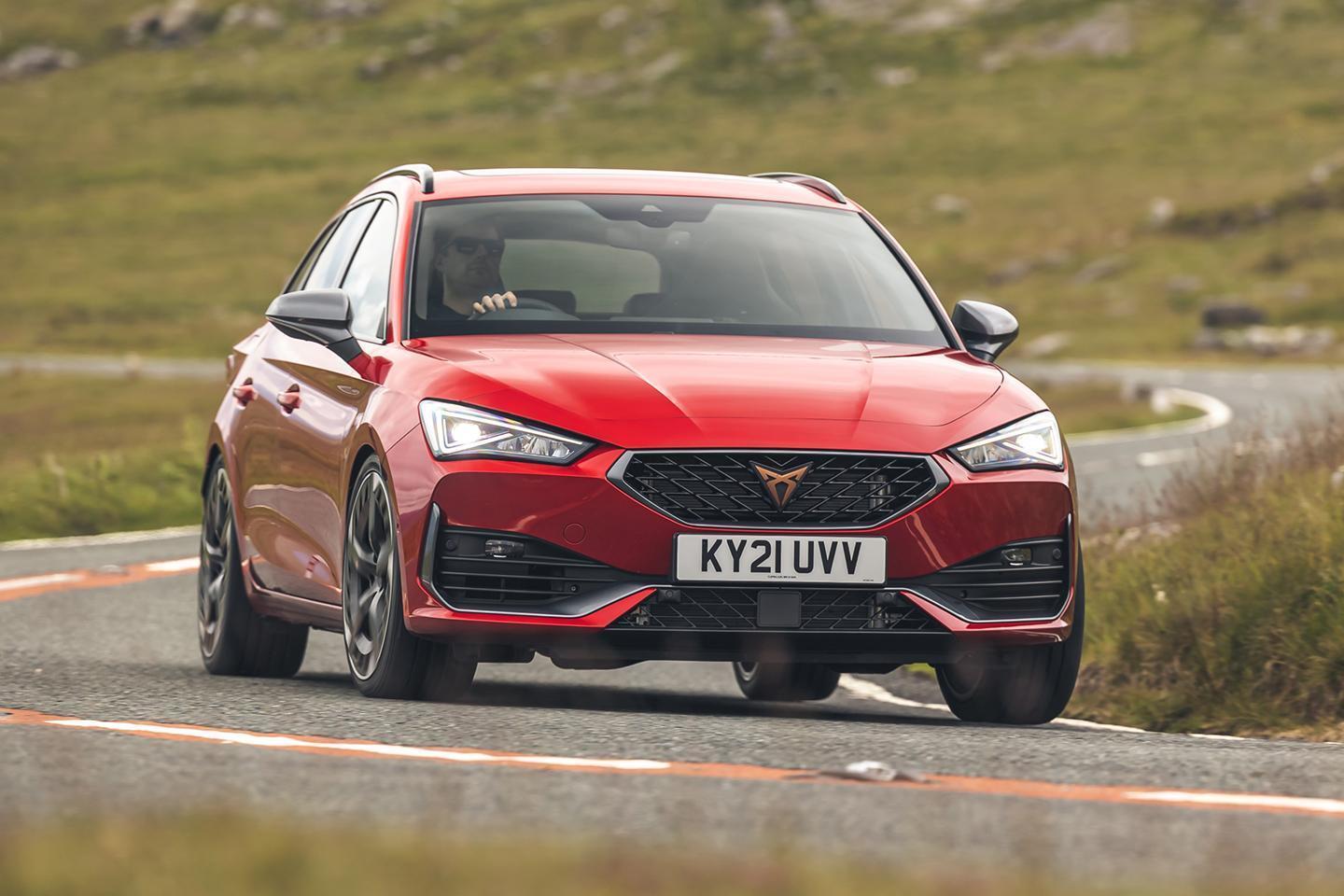 The previous SEAT Leon Cupra ST was a likeable fast wagon. So much so, in fact, that your correspondent is currently hunting one out one to buy. Not only did it look smart and boast 200 litres more boot space than the hatch, it could really cut it as a driver's car. It even held the Nurburgring record for estates for a while. The front-wheel drive, manual version retained a lot of the hatch's ability, with a useful weight saving over four-wheel-drive rivals.

But, of course, nobody bought manual, front-wheel drive Leon Cupra estates, which is why the search is proving a little difficult. And also why this new Cupra Leon estate is offered solely with 4Drive and a DSG gearbox - it's a layout arguably much better suited to car's remit. Of course that means the VW Golf R is a closer rival than ever; those who still desperately want a manual gearbox and front-wheel drive in the sector need to look to the Ford Focus ST or Skoda Octavia vRS.

Against the inimitable Golf, the Leon gives up 10hp (310hp against 320hp), though both will reach 62mph in less than five seconds. The Cupra arguably has style on its side, being less stoically designed than the VW despite sharing MQB underpinnings. Where the two differ most is in hardware, as the Golf R gets VW's new torque splitter rear differential (replete with Drift Mode) which is currently denied to the Leon. It's a similar story elsewhere in the respective ranges - the Tiguan R gets it and the Cupra Ateca doesn't - but the shortfall could be more keenly felt here. After all, if you've opted for wagon over SUV for the dynamic pleasure of running a lighter, lower car, you'd like to get the most out of that implied dynamism, right? We'll come back to that.

Given the proliferation of cars out there using this platform, engine and transmission, it should be no surprise that, er, there are no surprises to begin with in the Cupra Leon. The touchscreen is beginning to make some sense now, Comfort mode here is inoffensive to the point of bland and the DSG paddles and switch-lever remain a bit joyless to use. For a full house on the bingo card, Cupra mode even introduces a weird grumbly soundtrack and a kickdown fetish.

However, delve a little deeper and it becomes clear there's some quality here - and some improvements over before, too. Though Cupra mode makes the powertrain annoyingly alert, the additional weight of the steering feels nicely judged and the increase in damping force seems to tie down a chunky 1,640kg pretty well. It's firm, yes, but then this is still a performance focused car despite the big boot tacked on the back - it feels appropriate. Some criticism has been levelled at the latest GTI/Cupra/vRS breed for wheel and body control right at the limit, though on this brief test the car was more than capable of dealing with whatever was thrown at it.

Prod the right buttons and swipe the right screens and there's a Cupra to suit most situations in the Individual setting. Take Sport or Cupra steering (Comfort really is spookily light), the engine in Sport (but the sound turned down) plus the DCC dampers somewhere on the 15-stage scale between Sport (7) and Cupra (11) and the end result is pretty impressive. Of course it's plenty brisk enough, if inevitably lacking the rabid pace of the hatchbacks thanks to a bit less torque and a dollop more weight, but also satisfying and cohesive, brake pedal, steering and damping ditching the binary feel that once was there (where sporty had to be really, really firm) and the better for it.

Perhaps the Leon still isn't what you would call fun, though. There are two settings for the Cupra's 4Drive - Comfort and Sport - though there seems precious little difference between them on a dry road. Traction is absolute, even at low speed, and the impression is always of a four-wheel drive system helping the front end pull itself from a bend as opposed to anything more dynamic. Nobody is going to have Drift Mode engaged for every bend, but the ability of the Golf's R Performance Torque Vectoring to subtly adjust the car has been welcome in every installation thus far. Good though the Leon is, it feels the car would undoubtedly be improved by the more sophisticated four-wheel drive hardware. Or, as before and as highlighted so effectively by the Ford Focus ST, a lighter, friskier front-wheel drive set-up.

On the flipside, the Leon looks like being a much cheaper proposition than the Golf, and that must be a consideration. A top-of-the-range VZ3 like this car starts at £40k; even with metallic paint and a big sunroof, the RRP is £42,305. The last Golf R hatch we drove, albeit with the torque vectoring Performance Pack, was £46,750. And that's a significant saving with the sensible family estate hat on.

With the PH hat on, though, it's a shame that Cupra hasn't been given the freedom to stamp its own mark on the Leon estate as before. Because it's hard to think that the 245hp hybrid is that car, either. As it stands the Cupra Leon estate is comprehensively talented and undoubtedly capable, but doesn't offer anything compelling besides its suave good looks against the cheaper Octavia and what stands to be a more invigorating Golf. Perhaps a Cupra R will address that in time, because there's an encouraging base product here. Or perhaps, having now focused on the kind of fast estate customers actually want, the Leon Cupra wagon will garner the sales its admirable array of talents deserves. If that success can drive down the price of old manual Leons, then all the better really...