It's goodbye CL and welcome back S-Class coupe; we've driven it 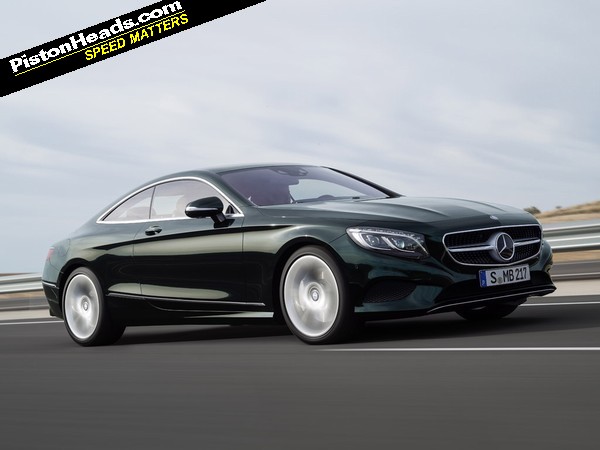 It has long been Mercedes' stated aim that an S-Class is designed to be the best car in the world. The Mercedes flagship range usually plays host to a remarkable array of technological firsts and the new

, successor to the CL, is no exception. 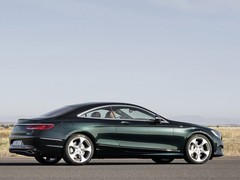 Models other than the S63 were driven

"It's like something Captain Nemo would drive!" said a colleague as we picked up the cars in an unprepossessing Italian multi-storey. There is, in the jewel like Swarovski crystal LED headlamps, the stylised metal of the Burmester speaker covers and the cut glass-effect storage bin handle, more than a hint of the Otto Mobile or the Nautilus.

It looks superb from some angles, a little awkward from others but modern, authoritative and every inch a Mercedes. The rear is perhaps the most distinctly different thanks to the fact that the number plate is now relocated to the lower section of the rear apron (giving greater prominence to the famous badge).

Multi-function
The interior, in terms of both quality and design, is pretty special. I'm not a massive fan of TFTs but accept that the amount of multi-functionality required by modern luxury cars means there is no viable alternative and yes, we are all accustomed to flat TV screens in our homes and workplaces. They do seem a little at odds with the more traditional elements of the architecture though. 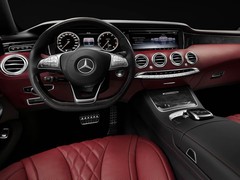 Everything you would expect and more in here!

The touchpad control system for the radio, telephone and navigation systems is clean in design and easy to use, the switchgear is superbly crafted and the materials sumptuous.

The feeling of opulence is enhanced by a first driving stint in the S500. This car has been designed to be as quiet as possible and on a motorway cruise is virtually silent, the ride comfort exquisite. The 455hp, 4,663cc bi-turbo V8 is extremely smooth and with 516lb ft of torque on offer from just 1,800rpm this is an effortlessly rapid machine.

Happy ending?
The amount of adjustability inside the car is remarkable. The seats alone could take up a few thousand words. Apart from myriad electric adjustments, heating, ventilation, bolsterage, grippage and such like there are a number of massage settings - including one that simulates an energising hot stone massage. Ridiculous! The optional 'happy ending' setting set to launch some time in 2015 according to rumours...

Hustling the big coupe on narrow roads is an experience. You never get away from the fact that it is a massive machine - both in a vernacular sense (it more than fills its side of the road) and also in the true sense of the word. 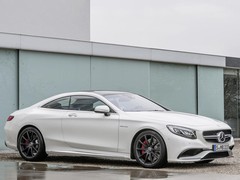 Mind you, both the engineers and the design team have worked hard to reduce size and weight. The vehicle is 8mm lower in the roofline (but with 34mm of extra headroom thanks to the panoramic glass roof) is 22mm slimmer from mirror to mirror and a not insignificant 68mm shorter than the CL it replaces.

Some 65kg have also been shed (forged alloys, lighter brakes and a hefty 20kg from the clever lithium-ion battery). That said, this is still a five metre, two ton coupe.

Waft and roll
At first I was disappointed by the handling, but so well does the car hide its true speed, you are often travelling a lot faster than you initially think. However, sudden bumps and yumps occasionally give an unsettling feeling of 'float' while unevenness in the road surface when braking and turning really do remind the driver of the car's bulk.

There is a very clever new suspension option, though: Curve Tilting. A world first, this takes the existing Airmatic system to the next level. The steering is light, accurate but sadly lacking in the kind of graduated weight and detailed feedback you want from a car with performance pretensions. 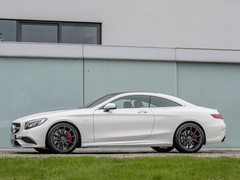 Lighter than a CL, still over two tons though

Talking of which... The

is also here - in both four- and rear-wheel variants, although only rear-wheel drive will be on offer in the UK.

Visually the AMG carries extra menace in its 20-inch forged alloy wheels (optional ceramic brakes peeking from behind them), discreetly aggressive aero addenda and (optional) matt paint finish. Inside the AMG branding continues with figure hugging sports seats, AMG steering wheel and various badges just in case you forget where you are.

Starting up should dispel most doubts though: this engine is a stonker. We have experienced and indeed drooled over it already (in the E63 AMG S) and there is no arguing that this is one of the great road car power units. The numbers are deeply impressive - 585hp and 664lb ft of torque, equating to a 0-62 time of under four seconds in the 4Matic version or a barely-less-impressive 4.3 seconds in the UK-spec two-wheel drive variant.

Bad to the bone
Given the kerb weight, that is pretty remarkable but even more so is the relentless push towards the horizon that seems barely to subside. In-gear flexibility is stunning and the ability to punch past slower moving vehicles makes fast progress effortless. All this with a hard-edged V8 soundtrack that is evocative without ever being intrusive thanks to the adjustable flaps in the exhaust system. 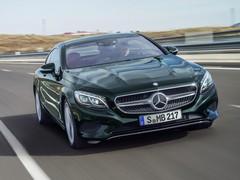 Gearbox-wise the AMG makes do with the pre-existing seven-ratio Speedshift transmission. It feels like a weak link for a car with very few areas to pick fault in. The shift speed isn't the main fault but rather the delay from pulling the paddle to anything actually happening. You learn to preempt manual changes or, more likely, just leave it to its own devices in the sportier of the auto settings. But given the cutting edge technology that the rest of the car drips with, this is a bit of a missed opportunity. And no amount of PR spin citing the older sales demographic and the alleged demand for a softer, smoother feel will change that.

Dynamically the AMG is, as you would expect, much more engaging. There is nicer heft to the steering to accompany the existing accuracy and without curve titling engaged a more authentic feel through the bends. Ironically the firmer sport setting in the suspension gives the nicest ride - not very soft, but more cohesive. Whether our uniquely challenging (awful) British road surfaces will ask sterner questions, especially in less than ideal weather conditions, remains to be seen. 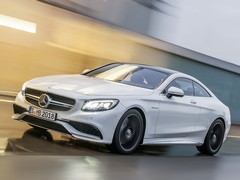 Massive amounts of grip allow you to press on without too much electronic intrusion, in the dry at least, and the two-wheel drive model has a nice balance and crisp front end. Clearly it is all too easy to overwhelm rear grip if your so choose but the S-Class is more gentleman than thug: very much a big luxury GT rather than a sports car wannabe. And in that more relaxed role, targeting rivals such as the

Prices will start at around the £100,000 mark with the AMG model close to £125,000 when UK sales commence. Mercedes believes it has created its most beautiful and technologically advanced car ever in the new S-Class Coupe. The first part of that statement will very much be down to the eye of the beholder... But the second? With Mercedes' track record, that really is saying something.