Mid-life facelift time for the all conquering Golf! 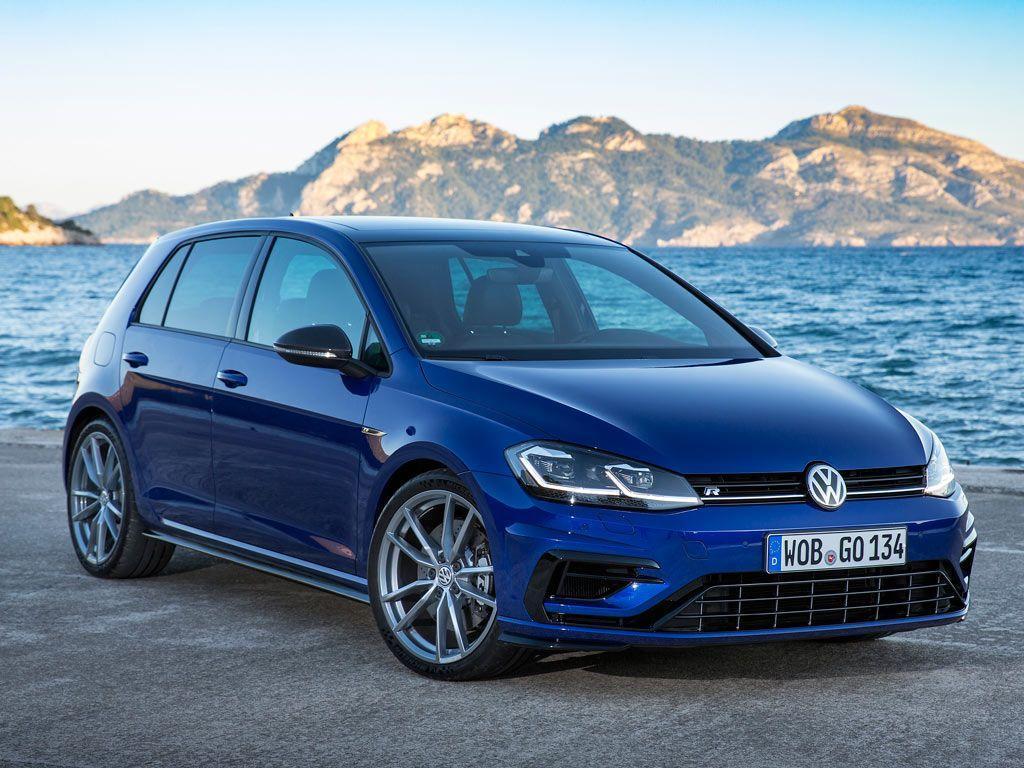 Has it really been three years since the Golf R emerged - burst seems a little OTT for a Golf - onto the hot hatch scene? Back in 2014 300hp and £30K were the big selling points, the fact it came in a socially acceptable and subtly sporting Golf body enough to convince swathes of supporters.

While those fans at times seem almost infinite in number, PH has never been the most ardent advocate of the Golf R. You may have noticed. While certainly brisk enough and really capable, for us it lacked that bit of spark that marks out the best hot hatches. The excitement that characterises our favourites was conspicuous by its absence. Compounding the R's problem were those fast Golfs further down the range: the FWD GTI Clubsport and Clubsport S were just as fast (once beyond the Top Trumps stats) and just as accommodating (alright, if you ignore the missing rear seats in the S) as the R, but crucially added some edge and involvement missing from the supposed flagship. They have remained our choice of performance Golf for a while - the CS indeed one of the best driver's cars of 2016 - and very competitive in the segment.

There is reason to be encouraged by the prospect of this latest R though, chiefly because the Performance Pack has been confirmed for the UK. Though full equipment and a price are yet to be finalised, it will at least include the Akrapovic exhaust seen on the Geneva show car, the larger front discs with more aggressive pads and the altered body styling for aero benefit. Interestingly the Pirelli Trofeo Rs seen on that car have been ditched, the cars here all on Michelin Pilot Sport Cup 2s. Confusing matters even further, the Cup 2 is in fact already available to order on the R - the Performance Pack is expected later this year - with the 19-inch Pretoria wheel option. Whether it will become part of the Performance Pack or remain a separate option is TBC.

There's no opportunity to try the Performance Packed R on the road sadly, the only driving taking place on the Circuito Mallorca. All cars are with the PP and the Cup 2s, which must sound like a foreign language to non-car folk. Our particular drive also involved sharing a car with a man named Jonathan, who comprehensively proved that the brakes are most certainly up to the job (it's been a while since I've footwell braked that much) and that Cup 2s aren't impervious to understeer if you barrel into a corner much, much too quickly. Jonathan, I sincerely hope we never, ever share a car again.

In the driver's seat and with some life still miraculously remaining in the consumables, it's time for our four laps. Much is familiar from the previous Golf R inside, and none the worse for it. The infotainment system is now fully touchscreen (with haptic buttons for the volume and menu) and the virtual cockpit - or Active Info Display, in VW speak - has made its way to between the dials, but the excellent driving position remains unchanged. If VW can sit the driver low, why do so many other manufacturers struggle with hot hatch driving positions?

There's no way an additional 10hp on a 300hp car could be felt, the sense instead being that there's some spec sheet bragging to do and hierarchy to maintain against the SEAT Leon Cupra ST. Again it's a decent engine, offering a broad spread of power and torque with sharp responses; it doesn't quite have the appetite for revs of something like a 308 GTI or Civic Type R, but the EA888 is a very good engine. The Akrapovic is certainly entertaining for anyone outside the car, those four pipes - now all functional, in fact - roaring through the rev range and belching upshifts out profusely. Sadly it's not available on the estate, which is the car we are allocated, the overriding noise in there still the oddly aggressive augmented drone. But if the Akrapovic can drown out some of that then it's worth every penny!

Despite Jonathan's best efforts, the Cup 2s still have some life in them and again prove why they're fitted on everything from hot hatches to hypercars. Turn-in is more immediate and more precise, the steering just that fraction swifter to respond and grip levels higher. On the very odd occasions that grip runs out it does so progressively and predictably. While they may not be great for on-road accessibility, for track performance the Michelins are superbly confidence inspiring.

The brake upgrade feels worthwhile as well, the pedal response more natural and the car shedding speed very well. Fast VW brakes aren't always the best, with an occasionally snatchy response at the top of the pedal, but these feel a significant improvement.

In fact the biggest issue on track is the DSG gearbox fitted to all test cars - it doesn't always deliver downshifts when requested, but also changes up prematurely out of slower bends. The car wheelspins in second gear but, by the time power reaches the rear wheels and settles the car, the car changes into third because the revs ae too high. This despite Race and manual modes being selected. On one occasion the car changed up to third then immediately back down to second because the speed was low enough that full throttle warranted kick down. Curious.

While it may be unfair to compare the Golf R estate with hatch rivals, it's the only comparison that can currently be made. The big thing being that the Haldex AWD simply doesn't feel all that clever anymore, at least on track. Perhaps not all that relevant, but if that's where the car is going to be launched... Put simply there are now options like the Focus RS - you knew it was coming at some point - and AMG A45 (with the optional front limited-slip diff) that promise more excitement from four driven wheels.

That's not to diminish the Golf R's achievement - this remains a very high quality and thoroughly talented fast car - simply that this is not the facelift to convince any detractors of its apparently boundless perfection. Against the AWD Leon the Golf R's case is strong because the prices are likely to be close; however there is still a FWD Leon Cupra estate that comes recommended thanks to its more energetic dynamics, even if it's perhaps not as fit for every purpose as the 4Motion Golf.

The Performance Pack certainly feels worth some additional outlay, full details of which should be forthcoming soon. Could a manual hatchback R with that kit be the car to, well, realise the R's potential? To be continued!