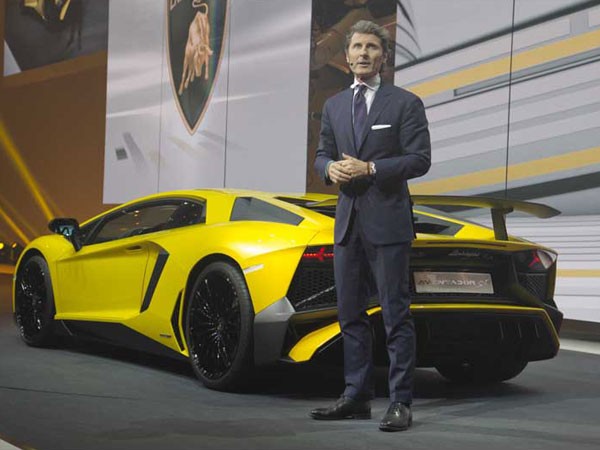 Could the recent launch for the

be the last time we see Stephan Winkelmann publicly at the helm of Lamborghini? According to our colleagues at Autocar quite possibly so, the long-standing boss of the supercar brand seemingly returning to the

very soon. Perma-tanned, sharp-suited and seemingly straight out of the pages of a men's lifestyle magazine, Winkelmann has stamped his personality over Lamborghini in his decade at the top and allowed himself to become the very embodiment the brand's values under his watch. Born in Germany but raised in Italy, his background was seemingly a perfect fit for an Italian supercar brand under German ownership and all that that entails.

For an alternative assessment of his tenure check out Chris Harris's Twitter feed...

If he is about to exit stage left he'll leave some big (and pointy) shoes to fill, our chat with him on the Huracan event demonstrating the Winkelmann era for Lamborghini will endure, whether he remains in the job or not.

So where is Lamborghini against your plans for the brand?
"My goal was always to have a third model line and to have two super sports cars. That was my strategy from the beginning, and is now happening with the Aventador and Huracan and then the Urus. This is the major step for us, it will be a car in the market enabling to sell with one model the same as the other two are selling together, which will safeguard the nature of the business in the super sports car market." 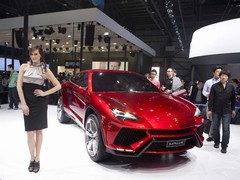 Urus will be all new, attitudes likely to remain the same…

How will the Urus be differentiated from the cars that share the same platform?

"Our car will be the first time Lamborghini has a turbocharged engine, a V8, and it will be the fastest SUV for sure. That has been a key objective."

Fastest by what measurement? Porsche and Bentley have got into a bit of a scrap over the performance credentials of the Cayenne and Bentayga...
"In terms of top speed, in terms of acceleration, in terms of everything. It has to be, it's a Lamborghini. But the most important thing is the comfort and driveability of the car; unlike the Huracan and Aventador it's meant to go from A to B on a daily basis, to be not just about the best performance but also good comfort and behaviour."

Will you make a hybrid version?
"Lamborghini is about innovation, but it's also important to have the true Lamborghini DNA. It's important we put that innovation where we need it, and with the engine side we want to be there at the right time. For super sports cars we still believe that the naturally aspirated engine is the one to beat, but the Urus will launch with a turbocharged engine and we are looking into the opportunity of also making the Urus the first Lamborghini to have [the option of] a second engine. It's a big challenge to cover the life cycle of any car with one engine, with the Urus one of the obvious scenarios is hybridization. The car we will have at launch, the V8 turbo, will be all about performance. The other one will be more about reduction of emissions than absolute performance." 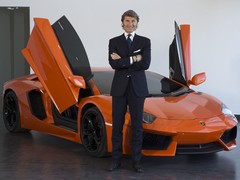 What about the sports cars; any ambitions to follow Ferrari and McLaren into part-hybrid systems?

"For the time being we have our own strategy which has to be credible for Lamborghini. There may be a time when we think that maybe turbocharging is the next step, maybe there is a time when electric cars are better than others. But it has to be in terms of range, in terms of performance and weight and in terms of emotion, something that is credible... Packaging wise, and power-to-weight wise, a car like the Urus is far more suitable for let's say a first attempt at hybridization than one of our super sports cars."

Will we see bigger runs of 'special' models like the Egoista?
"20 is the maximum we always said we would do, the maximum we can get away with naming them as one offs! There must be a balance between the freedom of our engineers to create something special and the homologation and investment in tooling. Most importantly the customers have to feel treated in a very special way, therefore we have to keep it tight."

Care to drop any hints about the special car it's been reported you'll show at Geneva to celebrate 100 years since Ferruccio Lamborghini's birth?
"It won't be unique. To do 20 cars we will always use the platform of one of our existing cars. But in terms of design, in terms of performance and in terms of innovation it will be a completely different car."

Huracan or Aventador based?
"You will have to wait and see. But usually when we go into the very limited car numbers we pick the Aventador as the base." 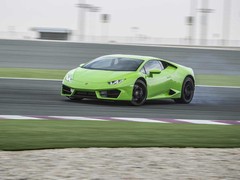 You say we should see the

as being more than just a base model, does that mean we expect to see other rear-wheel drive Lamborghinis?

"Let me say that the Aventador will always stick to four-wheel drive. It's all about safety in this case because the torque of the V12 engine is immense and the driveability would be very tricky with only rear-wheel drive. On the Huracan we did it early in the development cycle this time, and that means we have more time to develop things we have not done before. We will see, there are lots of ideas."

But nothing cheaper than the Huracan LP580-2?
"We'll see, but nothing soon like that."

How many cars do you think Lamborghini will be selling once the Urus is in production?
"Our idea with the two super sports cars and the Urus is to be around 5,000 to 6,000 cars. This is now the next step. We want to always sell less than demand, that is of the greatest importance. We have opportunities and will decide, but that number is where we want to be."