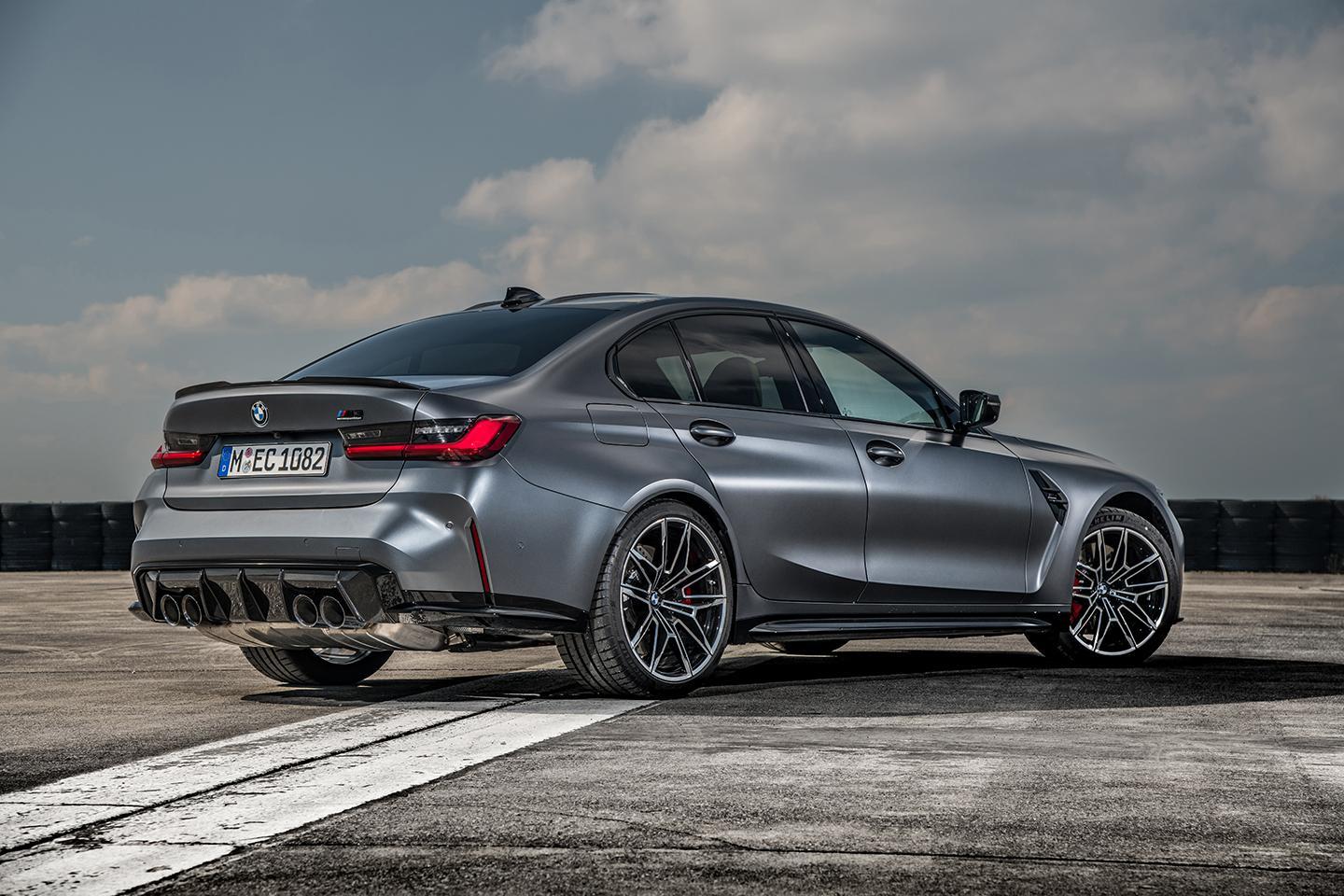 Much like the G80 M3, BMW is not hanging around. With the 2021 model barely a month old, the manufacturer has signalled the arrival of round two, the M xDrive variants. Much about them we already know, but the headlines are these: the M3 Competition M xDrive and the M4 Competition M xDrive start at £77,015 and £78,315, respectively - a £2,260 premium over the rear-drive cars. And both are set to be prodigiously quick.

Broadly speaking, the xDrive variants exist because it broadens the appeal of the M3/4 - particularly in regions which don't enjoy year-round sunshine. But all-weather usability is less sexy than small numbers, so BMW is leading with those instead. "Enhanced traction enables both models to sprint from 0-62mph in 3.5 seconds - 0.4 seconds faster the rear-wheel drive models," trumpets the press release in just its second sentence.

Obviously an improvement in acceleration times was inevitable, but having now driven the rear-drive M3/4 and encountered just how brisk they are with no additional help from the front axle, a near half-second lowering of their 0-62mph time is quite some prospect. If BMW's intention is to make the more affordable, more famously four-wheel-drive Audi RS4 eat its dust (it is), then mission accomplished: the latter takes a ponderous sounding 4.1 seconds to reach the same benchmark.

Being roughly as quick to 62mph as a Porsche 997 Turbo is an advantage of the driveline alone. The xDrive variants get the same 510hp straight-six and eight-speed M Steptronic transmission as the rear-drive cars. The difference is the electronically controlled multi-plate clutch in the transfer case which delivers a fully variable distribution of torque between the front and rear wheels via unique driveshafts. At the back, it is additionally split side-to-side by the Active M Differential, governed by M-specific traction control.

As it did with the M5, BMW promises a rear-bias handling character from the M xDrive system. It suggests that no power finds its way to the front axle at all unless the rear wheels are overwhelmed. The suspension hardware is modified to suit the new configuration, with a redesigned front strut, revised geometry and 'individually tuned' steering ratio. The xDrive models apparently also get a specially adapted version of the engine oil supply system to handle 'extremely dynamic performance'.

Naturally, this includes skidding about the place if you're so inclined. Modes made familiar by the M5 are repeated in the new M3/4, with the car defaulting to '4WD', becoming more partial to oversteering in '4WD Sport' before dropping the hammer in '2WD' mode where all bets are off. Buyers of the xDrive cars will get the same ten-stage M Traction Control system as the rear-drive cars, alongside the M Drift Analyser. They will have to wait a little longer to experience any of it though, as production of the all-wheel drive models isn't due to kick off till July. Form an orderly queue.