The electric Macan isn't far off, but before it arrives the petrol car gets one last spruce 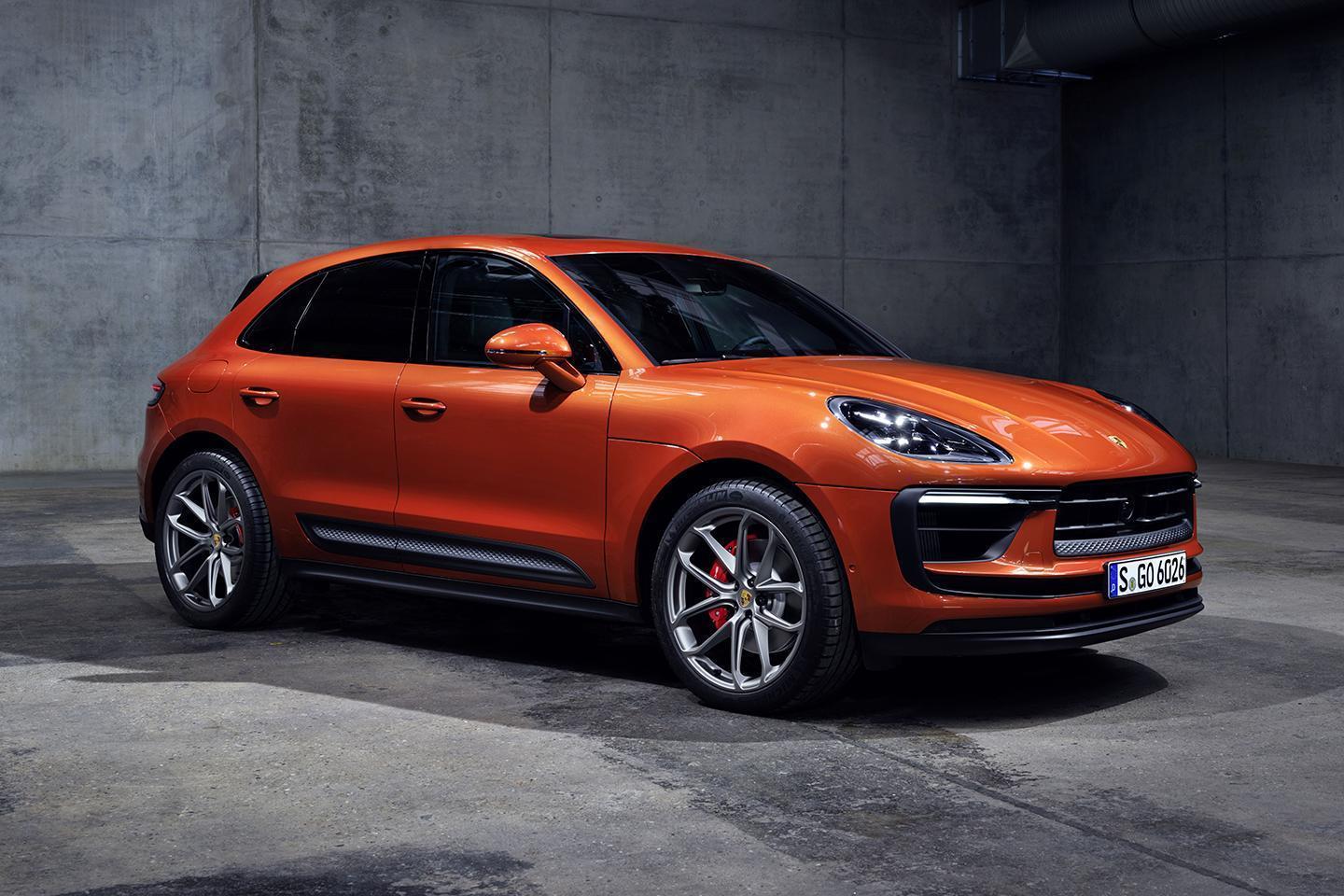 Porsche has sold 600,000 Macans globally since 2014, with 80 per cent of those buyers new to the brand. China is its biggest market, and the majority of buyers there are women. For a car designed to diversify the Porsche product line-up and attract fresh customers, it could hardly have done better. Now, with the electric Macan due to go on sale in 18 months, Porsche has revealed the final update of the 95B model.

Porsches suggests this latest Macan is "stronger, sharper, sportier", with more power throughout the range, a refreshed interior and tweaked styling. It's going to take a committed Porscheophile to identify the design differences; for the GTS - the red car here - there's additional black trim up front, so much so in fact that it almost looks like a SEAT Bocanegra of old. For the non-GTS models (the orange Macan is an S) there's a body-coloured strip to break up the black that "bolsters the car's stance on the road." Otherwise, the changes are limited to a new diffuser, standard LED headlights and larger, redesigned wheels. For this revision, a standard Macan has 19s, an S gets 20-inch wheels and the GTS a 21-inch rim. There are new colours on the palette, too, including Papaya and Gentian Blue, with GTS buyers offered Python Green if they really, really must.

Porsche says that all Macans have received chassis tweaks, the result a car that "responds with greater sensitivity and more directly to the driving style and road conditions". PASM is standard on the S and optional on the base Macan, with the GTS differentiated by a 10mm lower sport air suspension. It's even firmer than before, too, with a 10 per cent stiffer front and 15 per cent stiffer rear axle. Those buyers desperate to get the most from the Macan GTS experience will be pleased to hear a GTS Sport package is available, with Porsche Torque Vectoring Plus, Sport Chrono and a new design of alloy wheel included.

Perhaps nothing indicates just how long the Macan has been on sale like the current interior design, with two vast banks of buttons on either side of the gearlever, familiar from the original Panamera. For this update, the buttons have been replaced with haptic touch surfaces - like the current Panamera - and the lever is smaller. There's still a lot going on, but it's much more modern than before.

That's about it for the Macan as it enters its final year on sale as a petrol-powered car. The latest car is on sale now, priced from £47,780 for the standard car, £53,300 for the Macan S and £64,770 for the Macan GTS. Before anything is painted Python Green, it should be noted. There remain pre-facelift GTS Macans for sale at almost £80k, so it's easy to see how that RRP can be significantly added to. But 600,000 people would probably say it was money well spent, particularly given the strong residual values - don't be surprised if a few more join them as the EV era looms.