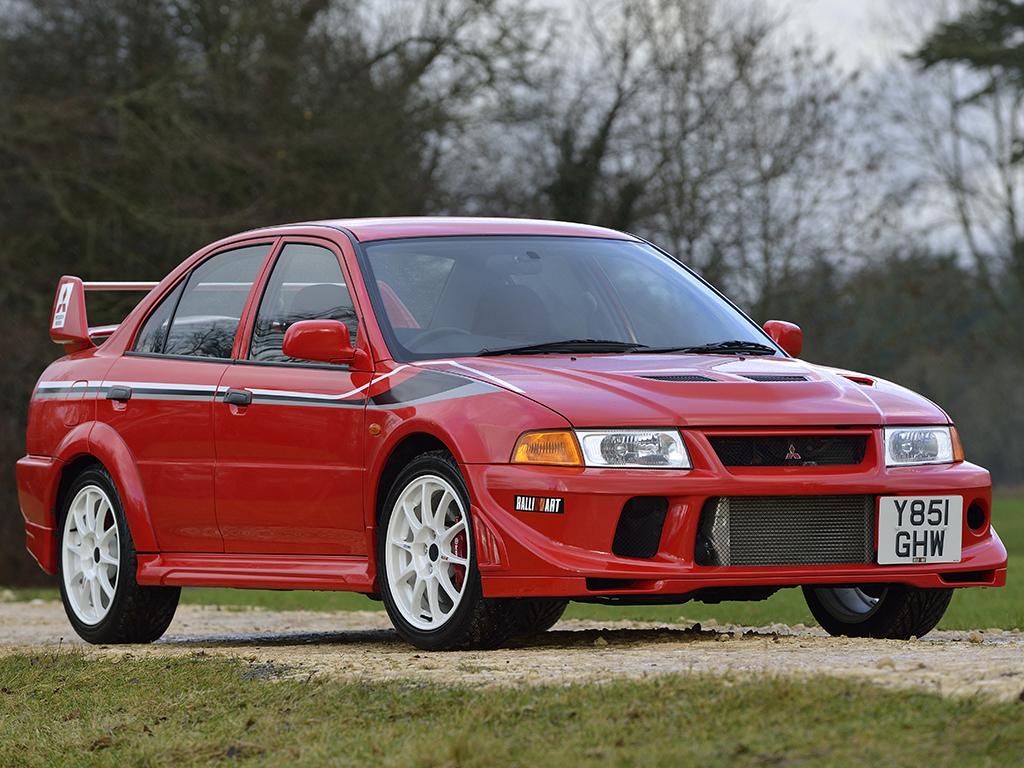 Imagine an automotive world without the Mitsubishi Evo, and how much worse it might have been. Think how much less the Subaru Impreza might have improved, without such a closely matched rival always making incremental gains. Think, too, how much less exciting the hot hatch might have become; there have been one or two comparisons made recently between the old Mitsubishi and the new Mercedes-AMG A45 S, the latter's rear-biased 4WD system being vaguely redolent of the Lancer. And, well, consider that 5,728 Evos were sold officially in the UK over 15 years - that's nearly 6,000 people who would have had to buy duller cars instead.

So the Evo's UK anniversary - the first car registered by Mitsubishi was on July 11th, 2000 - is a pretty big milestone for people like us. Because lots of cars have had 'Evolution' in their name, but only one comes to mind when you say 'Evo'. That's where more than 20 years of rally success, media adulation, video game notoriety and movie roles get you; Mitsubishi has called it "one of the world's most revered driving machines" in its press material marking 20 years, which is surely the least it deserves.

Appropriately enough, the first Evo registered here two decades ago was a Tommi Makinen Edition, price back then from £32,995 and with an initial allocation snapped up in weeks. Today that would be £49,000, which is about what you'd pay for an officially imported UK TME in 2020; this Japanese imported car, in red with the stickers, is £42,500 with 68,000 miles...

But while the VI was arguably the most iconic of Evo, the genius was there for many years after as well. Notable highlights include the introduction of an active centre diff for 2001's Evo VII, the arrival of the 'FQ' models from 2003 and the FQ-400 the year after that. The X that arrived in 2008 was a less memorable Evo, though anyone who's tried the more potent versions - notably the FQ-440 Final Edition - can vouch for them feeling pretty barmy against anything else from the period.

Today, tracking down a UK Evo might be the most difficult job, the PH classifieds currently only offering up this VIII FQ-320 as an official Mitsubishi car. Handily, however, the selection of imported examples available is extraordinary; see this 9,000-mile (!) Evo I, for example, or this amazingly bare bones VIII RS, wind up windows and all. For £50,000 - yes, really - Evo fans have the choice between this low-mileage IX FQ-360 or an older FQ400 while the later (and perhaps less loved) Evo X now looks like the value option. A lightly modified FQ300 SST offers a 400hp Evo experience for £15k...

So even though an Evo hasn't been offered to UK customers (or indeed anyone else) for a good while now, anyone wishing to discover what the fuss is about - and they really should - is spoilt for choice when it comes to secondhand examples. Mitsubishi says the Lancer Evolution's "technology and spirit lives on in the DNA of Mitsubishi Motors' current and future ranges of vehicles." That seems a tad disingenuous for the current models, though we live in hope of an Evo for the 2020s; as the rest of the world finally wakes up to the benefits of active diffs and torque vectoring, perhaps Mitsubishi could move the game on once more with an electrified performance flagship. Because we've been talking about old Evos for long enough - time to update the legend, Mitsubishi.