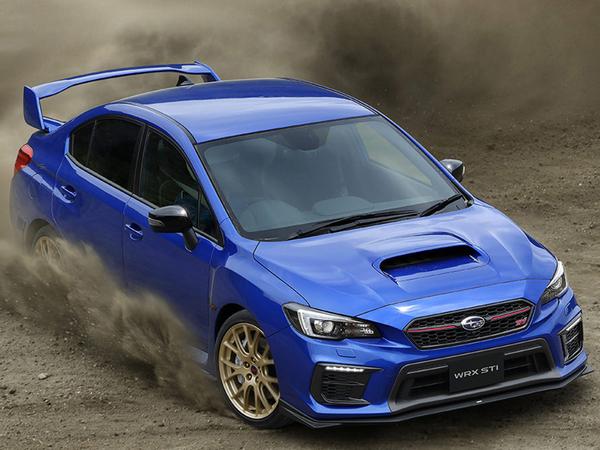 Some engines are so special that they're known to dedicated enthusiasts - or nerds, as some mean people call us - by code alone: S54, F4R, K20, M156 and so on. (Four PH bonus points if you correctly identified all of those.) The Subaru EJ20 is most certainly one, too, the 2.0-litre flat-four having powered all manner of legendary Imprezas and Legacys on stage, circuit and street since the early 1990s.

Now the time has come for the EJ20 to meet its maker, and Subaru will mark the occasion at the Tokyo show with the WRX STI EJ20 Final Edition. Because nothing says Japanese performance car like a limited run model dedicated to its engine. The manufacturer hasn't tampered with the popular recipe for this limited edition STI either: it's painted blue, the wheels are gold and the rear wing is large. Subaru says - via some rudimentary translation - that this is a car "with a hot heartbeat suitable for decorating the finale."

As for specific details, little information has been released just yet. All we know is that the EJ20 FE will receive a "balanced" version of the engine, that Final Edition badges will be standard fit - natch - and that the wheels are from BBS. It certainly doesn't look as serious a Subaru prospect as the S209 announced earlier this year, but let's wait and see the Tokyo reveal for full specs.

The EJ20 Final Edition will be a Japanese Domestic Market special, with a "limited lottery sale" for those parties interested once orders open on October 23rd. And for those not in Japan wishing to celebrate the EJ20's life, the PH classifieds has a feast of suitable Subarus - see this bug-eye Spec C, for example, or this £5k Legacy GT. Our choice? Well, we all know the best Imprezas are those with the most letters after their name, so it would have to be this STI Spec C Type RA-R - it's yours for £37k.