No, Maserati didn't make a Shooting Brake. But where there's a will - and a paying customer - there's a way 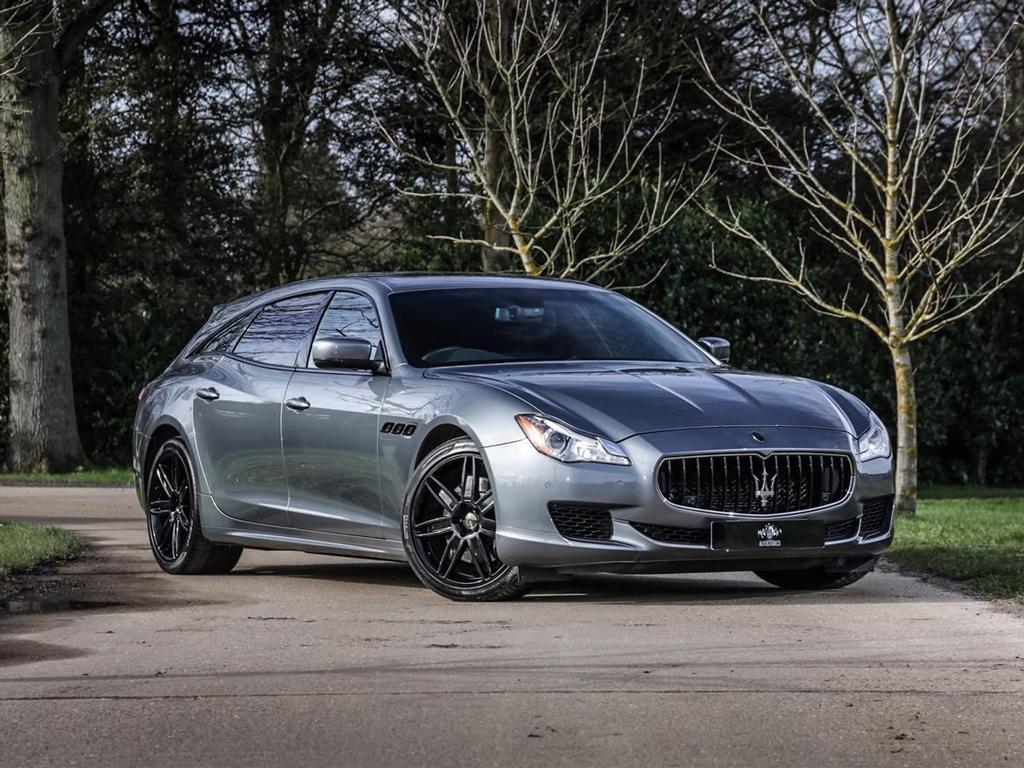 Is this the most convincing shooting brake conversion of recent years? The one-off Adam Redding-made Quattroporte you see here looks to all intents and purposes like a factory-built model, such is the seamlessness of its new rear end. It absolutely had to, of course, what with the car that inspired it - the 2009 Touring Bellagio - being a masterpiece in itself. One the Quattroporte's owner had missed out on buying when it went under the hammer back in 2013, hence the commissioning of another shooting brake using a sixth-gen QP base.

We can only imagine the effort and craftsmanship required to get those shoulders to merge with a bespoke tail. And the money needed to finance such a project; although the seller does state that the commission was cheaper than the £200,000 quotes provided by other coachbuilders prior to Adam Redding - a company chosen for its hands-on experience of classic and modern exotic machines. To give some perspective, Qwest's equally impressive Tesla Model S Shooting Brake conversion cost £70,000.

Unlike the arguably prettier Bellagio, however, the 2015 car doesn't have a Ferrari V8 powerplant under its snout. Instead, it has the turbocharged 3.0 V6 diesel to do the heavy work, although with 442lb ft of torque there's plenty of shove to go with the natural cruising ability of an oil burner. Something no doubt made all the more appropriate by the practical improvements of a car that's gained a raised rear roofline and estate boot with an electric tailgate. There's easily enough space for the dogs in there.

It therefore seems to buck a trend for custom-made Italian shooting brakes; this is a machine you might actually put to regular use. It doesn't even look particularly out of the ordinary, so we'd be surprised if punters gave it a second look on a busy high street. That's not something you could say for the green Bellagio and its lovely wheels, or, indeed, the aforementioned Tesla. People would certainly notice the unusualness of that.

Does that heighten or dampen the appeal of Adam Redding's creation? That's obviously subjective, although with only 8,000 miles on the clock, it seems plausible that the first custodian only used their bespoke model occasionally. It's obviously not been subjected to mile upon mile of M1 traffic jams. Perhaps its second owner will be the one to set the QP wagon to regular work - although that probably depends one what price the seller is concealing from the advert. Any guesses?