Home/Regulars/Pic Of The Week/Ford RS200 Evo: Pic of the Week 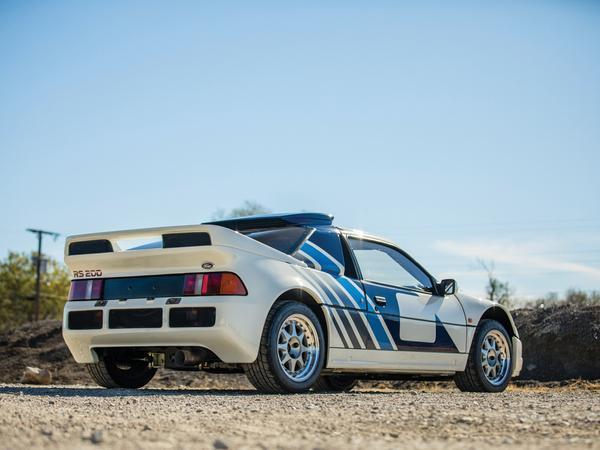 Given the introduction of Group B regulations for the WRC are closer to 40 years old than 30, it says a lot about the calibre of cars and racing created that the era is so fondly remembered. Every motorsport fan will have their favourite car and driver combo, with hours still spent watching the prolific amount of historic footage available.

The major manufacturers were involved to a degree that would never happen today. Ford was no different - indeed, while some Group B racers were at least vaguely recognisable against more prosaic road cars, the RS200 bore no resemblance to anything else under the blue oval badge. A 205 T16 looked absolutely bonkers, but could at least be identified as some kind of 205. The mid-engined RS200 must have seemed like a spaceship at a time the Sierra was deemed futuristic.

The RS200's bespoke nature and outrageous styling, combined with the fact that it never really got the chance to prove itself, bestows upon it special status amongst the homologation specials. No more so than in the 20 Evolution cars - of which this POTW subject is one - built with a larger 2.1-litre engine (the regular RS200 used a 1.8) as well as tougher suspension and brakes.

Although 20 were slated for production, 24 RS200 Evos were eventually built. This one was owned by Robert Sutherland (creator of the Colorado Grand Rally) originally, and has had only two owners since. It's being sold by RM Auctions next week at its Arizona sale, the car described as "ready to impress" with some recent mechanical work.

In the iconic Ford Works livery and with possibly the widest roof scoop ever known, the RS200 looks every inch the Group B outlaw. The estimate? $500-700,000. Likely to remain a dream for many, then, but what a reality should be in store for one fortunate bidder.

Latest Pic Of The Week articles

Morgan Plus Four | Pic of the Week

Plymouth Superbird | Pic of the Week