No new version of Audi's baby Quattro model is due; thankfully the old one remains a corker 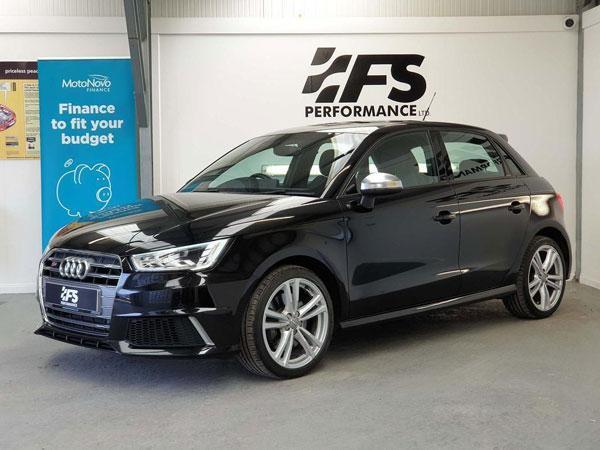 Thanks to Abt and its recently announced 240hp A1, the hot Audi supermini lives on despite the prospect of no new S1 on the horizon. With more power than a Fiesta ST, Abt’s 40 TFSI-based five-door ought to be a proper pocket rocket, although being front-drive and an S tronic auto means it’s unlikely to ever live up to the appeal of the old S1. That was a car that took inspiration from the WRC wannabe A1 Quattro, after all.

Two years after the run of 333 A1 Quattros were completed, Audi decided to produce its series S1 model also using its 2.0-litre TFSI engine. Power was rated at 228hp, 10 per cent down on the Quattro, but as a series model it was considerably cheaper, priced £15k less than the Quattro’s £40k list figure from 2012. The S1 lacked the Quattro’s gorgeous white wheels and general racey demeanour, but what lay underneath was similarly exciting.

Power was sent to all four wheels via quattro hardware and a standard six-speed manual. Performance was suitably swift, the S1 sprinting from 0-62mph in 5.8 seconds and onto a limited top speed of 155mph, numbers that remain impressive for such a small car even today. This meant more adjustability than its larger siblings served up – and defied the notion that Audis all came with a safer balance.

With its peppy four-pot and two-axle drive, the S1 became a surprise enthusiasts’ favourite, mixing big grip with a sweet front end and a boisterous sense of fun - particularly in slippery conditions, where the S1 to lived up to some of its rallying heritage. Cross country pace was rapid, but the process of getting from A to B was also less blunt than you might expect from an Audi S model. It was genuinely exciting, to the extent that you might choose one specifically for its handling.

The S1 was, however, still pricey. Starting at close to £25k in three door form and more than £26k as a Sportback, it sat alongside larger and more rounded hot hatch offerings. Ford’s Focus ST, for example, was cheaper than the five-door Sportback and it had 252hp and offered more space. But the Audi was a premium product, and - even better - it was unique, thanks to Ingolstadt’s determination to install all-wheel drive.

Its reputation, not to mention its basic good looks and brand desirability, have ensured solid resistance to depreciation. The cheapest model listed on PH is up for just shy of £14k. Ignore the ranking and you’ll note the 50,000-mile-old car looks to be no worse health than most others, backed by a full-service history and Haldex service only 10,000 miles ago. It’s smartly specced, wearing black paint and silver alloys, and the Sportback body ought to broaden its usability. More importantly, it’s likely to be a whole heck more fun than any A1 you can buy today. Abt’s effort included.

Search for an Audi S1 here