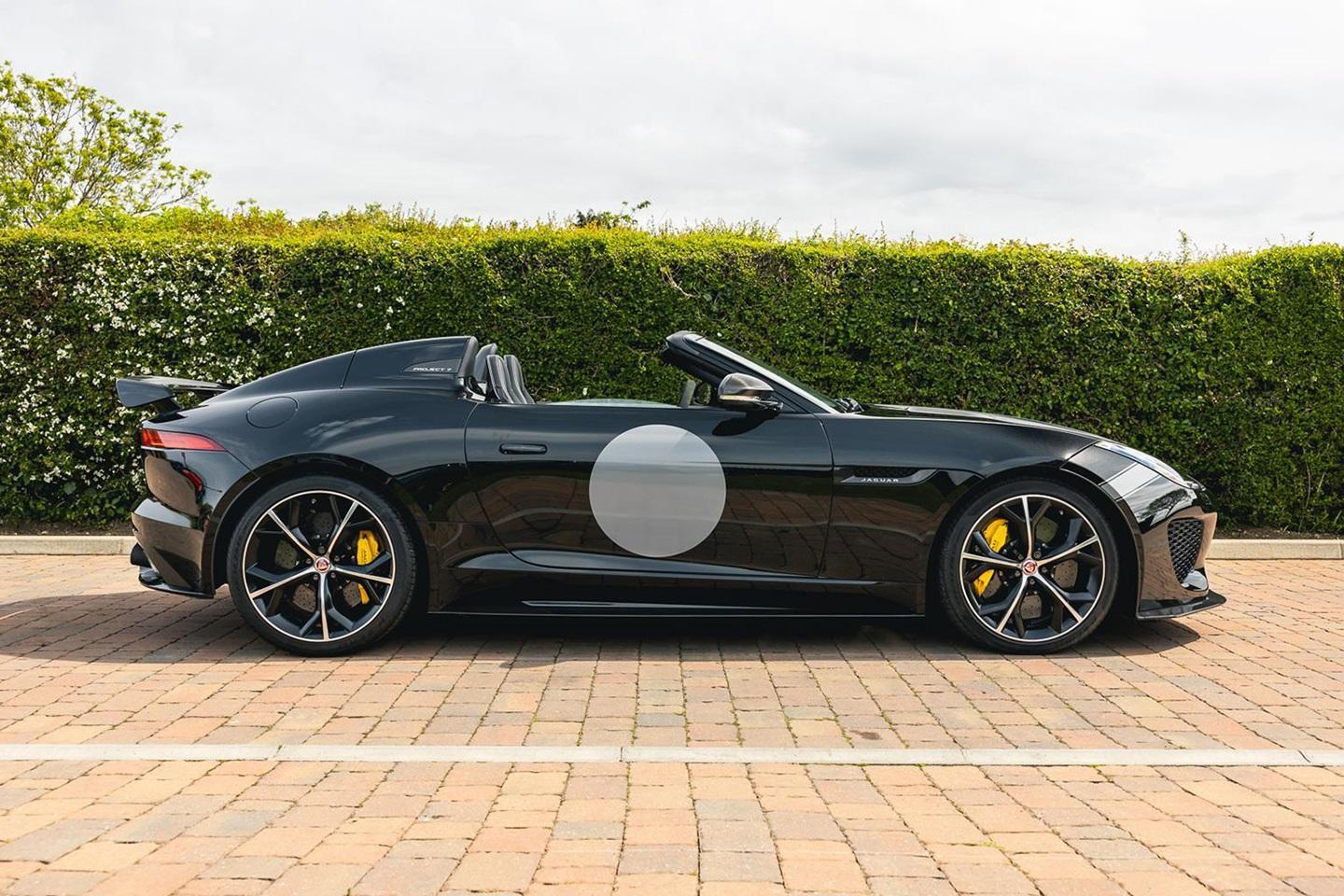 Jaguar didn't originally intend to sell the Project 7 to anyone. The original concept was lashed together a few months before the Festival of Speed in 2013 to celebrate the manufacturer's seven victories at Le Mans. It was certainly an achievement worth celebrating with something special, and the small design team responsible for the D-Type-inspired one-off came through magnificently.

But the upshot of sending something loud and pretty and quintessentially British up the hill at Goodwood is that people with deep pockets tend to imagine it sweeping up their own tree-lined driveway. Once upon a time their enquiries might have fallen on deaf ears at Jaguar, but the novelty of turning the homage-car into something expensive and low volume turned out to be the perfect way for the new Special Vehicles Operations to get its feet wet.

Despite persisting with the idea of no roof - or not one you could unfold at the touch of a button anyway - the firm said it would produce 250 examples, and promptly sold out. The reasoning was plain enough: the production version looked no less alluring than the concept, and Jaguar doubled down on its rakish appearance with the most horsepower it had ever extracted from a road car.

With 575hp (a total that eventually migrated to the SVR variant) from its supercharged V8, the Project 7 did not want for straight-line speed. The wider challenge was making sure the rear-drive convertible's chassis could cash the cheques its revised body was writing. The new springs at the front were said to be 80 per cent stiffer than standard and were joined by unique anti-roll bars and a significant increase in negative camber.

Plainly the result was intended to be a fair bit more serious than the conventional F-Type, and a Nurburgring lap time that eclipsed the record set by the R coupe suggested that the team delivered on its brief. Of course, the Project 7 didn't necessarily need all that circuit pace to satisfy the 2,000 to 3,000 miles a year that Jaguar optimistically suggested its buyers would likely cover - but it was nice to know that it hadn't scrimped.

Unsurprisingly, today's spotted hasn't covered anything like that distance. In half a decade, it has notched up just 1,500 miles. But let's not hold that against its former keeper(s); there are few cars built so pointedly for a special occasion than the Project 7, making cherished ownership a near certainty. As a result, prices remain reassuringly firm, although not unreasonably so when you consider that there are comparatively few examples around and the car was a circa £135k purchase when new. Still one for the diehard fan five years later. As it should be.