Who could possibly improve on Hethel's track special? That's right - the Germans 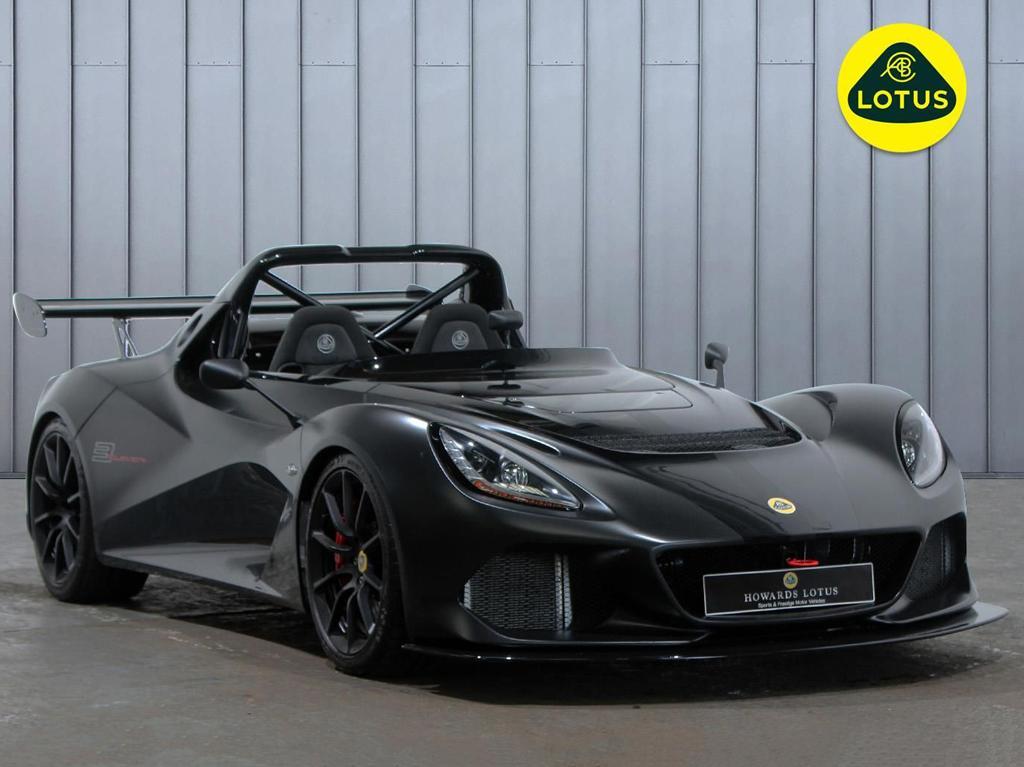 In a world increasingly obsessed with brash SUVs, it's reassuring to see that bare bones sports car like our Lotus Elan still gets the enthusiast thumbs up. The 696kg classic's introduction was met with overwhelming positivity, confirming that, in our corner of the planet at least, less remains more. Lotus has continued with Colin Chapman's ethos in the years since the Elan, of course - but no car from its recent portfolio adheres to it more rigidly than the paired-back 3-Eleven.

At 920kg, it actually looks a bit podgy next to the fibreglass-bodied Elan S3 SE. But compared to other 21st century machines there's no questioning the 3-Eleven's engineering intent. From the lack of roof, windscreen and anything else that's not deemed necessary for the act of driving, it's clear this is a machine intended for one thing: to go fast, preferably while cornering. In shedding all those bits, the 3-Eleven weighs 150kg less than the Exige it's based on, a car that already makes rivals like the Cayman look heavy. But it gains key components, including an Evora-spec rear limited slip diff and downforce-generating bodywork.

In the middle sits a familiar Lotus-tuned Toyota 3.5-litre V6 with supercharger, which with little more than 900kg to push, gives a Lotus 3-Eleven 430 473hp per tonne. That's not far off the Ferrari 488 GTB's power-to-weight. Suffice it to say, progress is swift in all gears from practically any revs. In his first drive from a couple of years ago, Matt proclaimed that you could leave the car in a gear too high and it'll still surge you from bend to bend, thanks to the ease of use provided by 325lb ft of torque.

Traction, mechanical grip and aerodynamic performance are all enormous, obviously, so much so that on the right road, nothing with number plates could realistically leave a 3-Eleven behind. Normally that sentence would be followed by "so long as you're brave enough" or something similarly suggestive of spikey on-the-limit handling. But like our plucky (and much, much slower) Elan, the 3-Eleven is entirely on your side, even at pace. Back in 2018, Matt revelled in the car's balance so much that not even a puddle strewn Hethel circuit could dampen his affection for the car. It was - and remains - one of the very greatest examples of human to machine bonding. In the driving sense.

Still, there will always be those who think more is more, and German tuner Komo-Tec is one such firm. It offers a 475hp upgrade package for the 3-Eleven, releasing 60hp over the 'standard' setup and providing a decent gain in peak power even over the higher-spec 430. In a car of under a tonne, that's significant, so today's Komo-Tec-tuned Spotted certainly piqued our interest. It's only done 3,000 miles in four years, the first owner having been a collector and the second owner using the Lotus alongside two other 'toys'. It's a Lotus that adheres to that aforementioned Chapman ethos, with an injection of teutonic lunacy. What's not to love?