A new GT-R 50 is fine for the few, but how about the last birthday special for a fraction of the price? 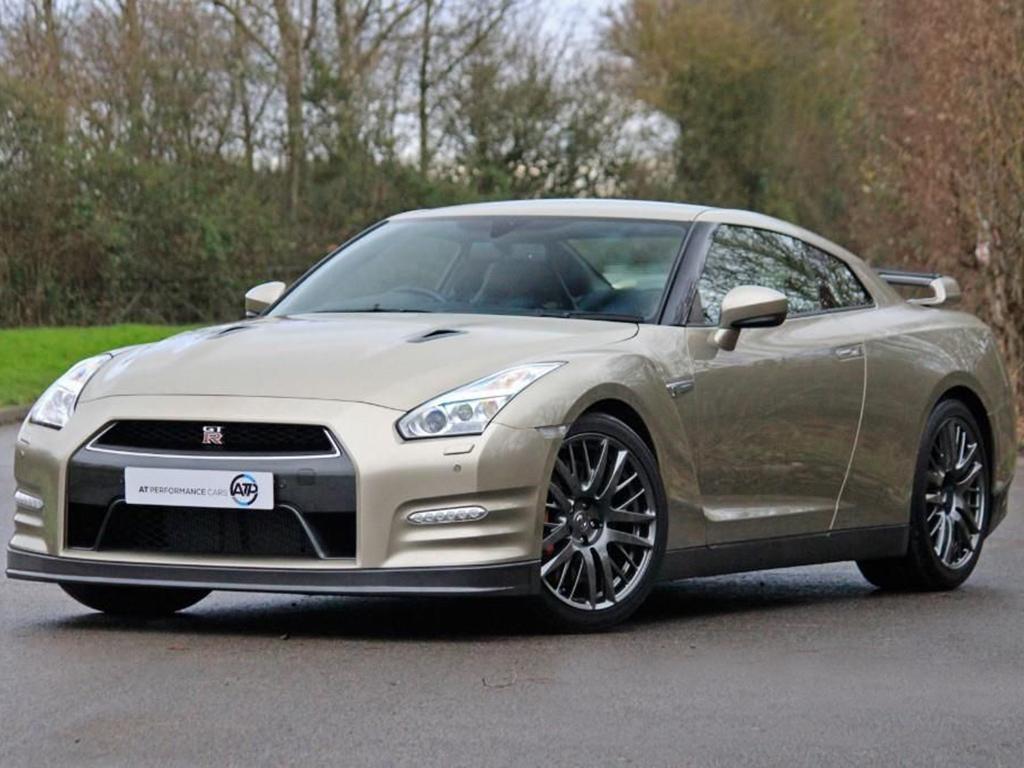 Whatever you want to call it - 'synergy' would probably be the trendy term - this GT-R 45th Anniversary car was the perfect candidate for today's Spotted. Although running close together, the Six of the Best feature on manuals was written without knowledge of the imminent reveal of the production-ready Nissan GT-R 50 by Italdesign. What we needed, in an ideal world, was a car that linked the two stories.

The GT-R 45th Anniversary is just the car. And before you go clamouring for the comments, obviously we're aware that the R35 GT-R is not a manual car. But if the point of today's feature was to remind us all of the interactive joy of a finely-honed manual gearbox, then the GT-R serves to show that being automatic-only is certainly no barrier to excitement, involvement and desirability.

It's easy to forget that automatic-only fast cars, now so commonplace, were pretty hard to come by back in the 2000s. Or ones not entirely spoilt by the gearbox, that is. Yes, there were limited run cars like the Ferrari 430 Scuderia and BMW M3 CSL, plus an assortment of hypercars, but usually the choice was there between manual and automatic. Or it was manual only. (Anyone at this point wishing to point out the V10 M5 in the UK, we refer you back to the "not entirely spoilt by the gearbox" point.)

The GT-R changed all that. It was automatic-only, dual-clutch only no less, five years before the 911 GT3 did it and with almost 40 years of manual heritage behind it. And yet nobody who's had a proper drive in a GT-R, any drive in fact, has ever suggested that the R35 needs anything other than the transmission it comes with.

It wouldn't be improved by a manual - fact. Not only would there be the complexity, but also the simple fact that it works so well with the character of the car, and in no way detracts from any sense of driving connection or excitement. Although improved with facelifts and updates, the GT-R's dual-clutch still isn't the smoothest, requiring a bit of patience and making a fair old racket (along with the diffs) in the process. The automatic gearbox is an integral part of the GT-R experience nevertheless, complementary to everything else it does and not a hindrance. The R35 is an iconic performance car in part because of its automatic gearbox, not in spite of it. There's not many that could be said about.

With the GT-R having been around for so long now, various derivatives have come and gone. The classifieds are chock-full with Track Editions, Recaros and Prestiges, before even mentioning the NISMO, but there's one that must be rarer than them all: the 45th Anniversary.

Yep, Nissan did celebrate the GT-R reaching half-way to 90 with a special edition. Not one quite as extreme as the R 50 - it was mechanically standard, and painted Silica Bronze like an M Spec R34 - but it was a super rare. Just 100 were made globally, with only five in the UK.

So this one is extremely rare. More than that, it's covered just 3,000 miles. And, because it's not drastically different to any other GT-R, this 45th isn't absurd money - £50k is comparable with cars of a similar age with a few more miles. Which, to be honest, will service the average enthusiast well enough, especially given there'd be much less guilt involved if you wanted to modify.

As it is, then, the 45th Anniversary GT-R may well be one for the dedicated collector of Japanese fast cars. Or, a little more positively, a buyer simply after that elusive unmodified, low-mileage GT-R. Because even entirely standard, even with a standard automatic gearbox and even painted something that looks a lot like Stannah stair lift beige, the GT-R is a staggering performance car. Here's hoping that it remains so by the time the 55th anniversary comes around - whatever form it takes by then.