Harris finds that, despite its trackday aggression, the C63 Black makes the perfect road-trip companion

I had a stunning drive a few months ago. We finished shooting

, and instead of battling the Friday traffic on the M6 and M5, videographer Neil and myself drove the length of Wales in the Merc and the BMW. Sadly for him, I started in the C63, and didn't once offer to swap. 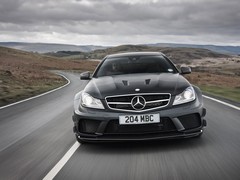 Hardcore, yes, but also great on the road

Now the C63 Black is slightly old news in the UK - the big tests and videos have been done - but that drive left a lasting impression, because it reminded me of the underlying importance to this passion of ours of two things - a car that can be driven and enjoyed on the public highway, and the availability of those highways to accommodate that enjoying. The way things are just now, it's not hard to assume that both of these no longer exist - but they do.

The road less travelled
We started out mid-afternoon from Betws-y-Coed and wiggled a route through Bala and through the guts of Wales. We didn't see much traffic, and within a few miles I was reminded just how liberating a great road drive can be: if track driving is pounding lengths in a swimming pool, the endlessly changing highways and hedgerow-heights of the Principality are the open ocean - they're uninhibited and unpredictable, and most of all they lead somewhere. In this case my own bed after several days away. All of this combines into a completely different experience to simply extracting maximum performance at a dedicated location. 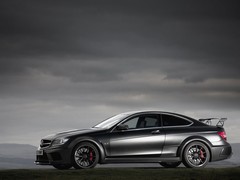 And it's in this role that the C63 Black excels: which is slightly curious because the face it presents to the world is one of lap-times and undiluted aggression. Nothing could be further from the truth. Running sticky Dunlops, the C63 BS (that's Black Series to you lot tittering at the back) is a remarkable concoction of seemingly conflicting personalities: supple, relaxing, exciting, composed and utterly hair-brained.

Why road trips are tough
On that drive it had the chance to demonstrate every one of those traits, and I suppose that's what sets road-journeying apart from any other motoring discipline - it requires more of a car in every dynamic area. That's why track-tests will only ever be a sideshow to the main event: unless you have a dedicated track-car, the majority of your driving will always be on the public road. Yet so many of the fast cars I drive are either poorly suited to - or just plain unsuitable for - everyday road use. And what is it that normally renders them pointless? Not power, or torque, or squeaky brakes, or even weather protection - no, it's harsh suspension that kills them for me. 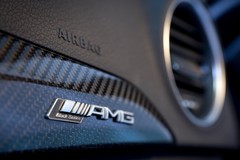 The facts of life on UK roads in 2012 are not good. The network is crumbling, the surfaces are mostly terrible and we're too skint to repair them. The double whammy is that the country where most performance cars are now developed, Germany, has great roads and is therefore on a mission to throw more spring rate at every new model. So German cars become less compatible with UK roads with each passing year. And then Mercedes gives us the C63 Black Series, whose suspension is so well suited to making time in the UK you wonder if it wasn't signed-off here. I did check; it wasn't.

The Anti-GT-R
It's just so pleasant to drive a car that works with its surroundings rather than fights them. In this respect it's the antithesis to the Nissan GT-R, a car which is faster in the dry and on a different planet in the wet, but which leaves you genuinely fatigued and frazzled after even a fairly short drive. When people ask me if they should buy a GT-R, I always ask if they mind NVH, because the GT-R is an NVH factory. The C63 Black is the opposite. It's also £30K more expensive. 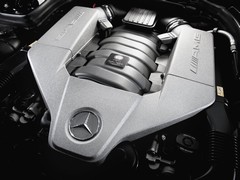 Engine is a monster...

There have always been a few cars that just 'work' in the UK. Again, if you deconstruct their attributes, they tend to be those with more supple suspension, more wheel travel and less sensitivity to the crown of the road. The C63 does snaffle out cambers, but otherwise it ticks all the boxes - and it has other tools perfect for road driving.

It's not just about power
Torque and noise are chief among them. Personally, I love seeing that black and white de-restrict sign and leaving the motor in a lower gear just to feel it lug and pull. On a track, you just use the gear that gives the very best acceleration, but out in the real world in a C63 that just isn't practical, so you work with fewer revs and try to deliver yourself the best combination of acceptable thrust, noise, and efficiency. 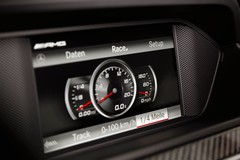 Not a setting for road use

I know it sounds bonkers, but one way of subduing the temptation to drive a car like this at speeds which will quickly land you in trouble is to keep the average mpg live on the clock face and see how effectively you can cover ground while managing low fuel consumption - a relative term in the case of this AMG.

I already knew that the C63 Black was a great road car, but it just got better and better during prolonged exposure, because it trod that fine line between excitement and irritation - providing heaps of the former and none of the latter.