The Nissan 350Z could not have arrived at a better time for the Japanese firm or European coupe fans. The Audi TT has proven there was a huge appetite for compact coupes and Nissan's mainstream line-up badly needed a bit of bright light from a halo model. 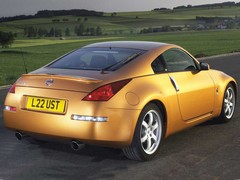 However, we very nearly didn't see the

in Europe as it was originally intended solely for Japan and the USA. Luckily, a late change of heart within Nissan saw a Europe-specific model developed and on sale in 2003.

While there are plenty of imported 350Zs, generally badged as 'Fairlady', these cars often miss the generous equipment spec of UK cars. They also tend to have softer suspension and handling and attract higher insurance rates, so be careful you are buying a UK car or know what you are getting for your money.

The original UK 350Z coupe arrived with a 280hp 3.5-litre V6 petrol engine and six-speed manual gearbox and this remained the only transmission combo Nissan offered over here. A £2,500 GT pack was available from the get-go and many owners found it too tempting to say no as it came with leather upholstery, electric seat adjustment, cruise control and improved Bose stereo. Satellite navigation was a further £1,200 option but it is not worth paying any extra for now as it was reckoned to be outdated even when new. 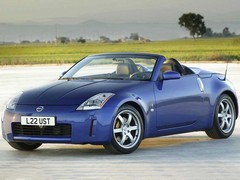 In 2005, Nissan released 176 special edition GT4 350Zs, which came with the handsome Rays alloys as standard. The GT4 also had an uprated V6 engine that provided 300hp thanks to revised pistons, camshafts and valve timing. This engine then became standard across the range in 2006.

The Roadster arrived in 2005 and benefitted from the same engine upgrade in early 2006. This helped to some extent to counter the Roadster's addition 110kg weight penalty over the Coupe due to the electrically folding roof that operates from open to closed, or vice versa, in 20 seconds. 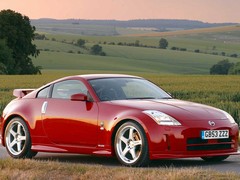 No official 350 NISMOs in the UK, but many parts!

Nissan didn't offer the NIMSO-tuned version of the 350Z in the UK, though many owners upgraded their car with NISMO parts, and plenty from other tuning firms. As the 350Z is popular for modifying, it pays to check the quality of any work and ask to see invoices.

For a standard early 350Z Coupe, expect to pay from around £5,000 for a one in good condition and with reasonable miles. This rises to £13,000 for the last of the 313hp Coupes in immaculate, low mileage form. Expect to pay from £6,500 for one of the first Roadsters, but late model 350Z Roadsters command no premium over a similar Coupe.

PHer's view:
"My car was the last run of 350Z Roadster with the 313hp engine which was great. It never felt slow in any company on public roads, but more importantly made me smile from ear to ear every time I drove it."
John Wood