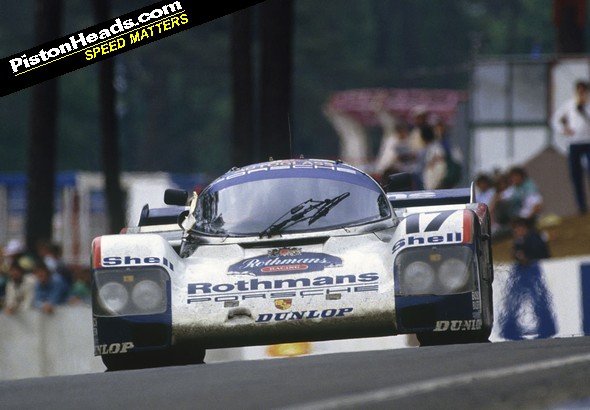 You've had quite a career, spanning everything from Ferrari F1 cars to 800hp Group C Porsches. How did it all start?

Derek Bell: First race of my life? March 13th 1964. Driving a Lotus Seven which I'd finished at 2am the morning of race day. We had to run the bloody thing in. So I took it out for a drive at around 11pm, peeing with rain, and I had to do 200 miles. In an open car.

My team partner drove the car up in the morning, I won the race, and we drove it back home.

PH: And pretty soon you found yourself on the grid at Le Mans... 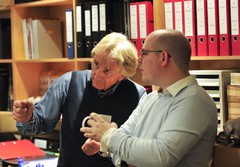 : I drove a 512 Ferrari at my first Le Mans in 1970. And that was only my second race in sports cars. I did Spa, and Ferrari must have thought that I was okay.

PH: What do you mean?

DB: Any F1 guy would have been good in a sports car - it's no different; it's a bloody car and you've got a steering wheel and a throttle. You just drive it. But when it came to the 512, there was just more power and it was a new track, and I was fourth quickest - I think - but my team mate was deadly slow. I went from there to join the John Wyer 917 team.

John Wyer had actually offered me a drive in 1968 in the GT40, but Enzo wouldn't let me do it. And I didn't know why. I didn't realise that Ford was trying to buy Ferrari, so of course for me to chirp up and say 'can I drive for Ford, Mr Ferrari, 'cos you're not going to Le Mans this year?' didn't go down too well. All I got was a Telex saying 'honour your contract'. I got the message... 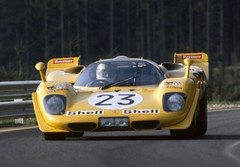 And that was just the start - you saw some fantastic eras, from the 917 days all the way to the end of Group C...

DB: Oh God, yeah. In fact I still think there's an article to be done with all the cars I drove, everything from the GT40 through to the 962.

PH: And you even have the unusual distinction of having raced a four-wheel-drive F1 car. What was that like?

DB: It wasn't as good as it should or could have been. Funnily enough I got an envelope in the post this morning from Jackie Stewart, containing four shots of me in that McLaren. And I look so bloody young...

PH: So do you do much racing now?

DB: I do the Goodwoods... I had one of the best races I ever had at the Revival. This year I drove an E-type, a Cortina and, for the TT race, this bloke's beautiful Ferrari - like a 250 GTO but wider, lower -slightly different. 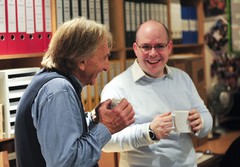 I took over from him and we were three laps down after 15 minutes. And I had one of the best drives of my career. I was so far back it didn't matter, but I was lapping at the same pace as the top three or four cars. And it was just a blast; slipping, sliding around. Magic.

It was nuts really - mind you I can't drive something really slowly. But when you're in a rhythm it's just great. And I've always loved the wet. I've been very fortunate, too, as I've never hit anything in the wet. And you know I got in this car and we were so far back I thought: I'm just going to have a good time. And that's what I did. I was overtaking people all the time; I overtook four people on the last lap. It was just one of those races - even though I only came 12th (or something like that) I was bloody ecstatic.

PH: How fast were you going by the end of your Le Mans career?

DB: 235mph, something like that. And putting out around 750hp. We ran 800hp in qualifying. It was glorious. You'd get the tail out, and just get on with it. The stuff they run now, with 680hp or something like that, it just sticks to the road. I drive the Bentley a lot (the EXP Speed 8) and it just grips. 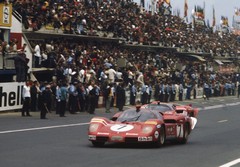 Does the professional racing driver of today not need as much skill as in your day, then?

DB: Funnily enough we were talking about that the other day. Look at Formula One. Very rarely do you see them putting much opposite lock on. But the art is in the balance and the speed at which they brake turning into the corners. Which I completely understand and respect. A Vettel would have been just as good as a Schumacher, as good as a Moss or a Fangio or a Peterson - because great drivers are great, whatever the era.

PH: So do you think the current crop of sports prototypes are too easy to drive?

DB: No I don't think they are... they're difficult but in a very different way - they don't have to think about shifting gear, for one thing. They don't really have to worry about the state of the gearbox - every shift we used to have to make at Le Mans had to be perfection.

PH: What do you think of the 'weaving' behaviour of some drivers, and the rules that have had to be created to stop it? 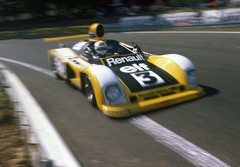 : Well they did it in F1 first - I think Senna really started it. I remember going to a Formula Ford race at Mallory, and one of the organisers invited me to come and stand up on the gantry over the start/finish line and these blokes were swerving all over the road - it was just outrageous.

The problem is that Senna and these people are role models, so all the young drivers think that's what they can do. And it's all very well saying that the rules say they can't. But if they do it one extra time, or they get in the habit of doing it, one day somebody's going to get killed. And it's just been sheer luck - or whatever - that's nobody's got killed yet. Look at Michael (Schumacher) pushing Rubens Barrichello against the wall (in the 2010 Hungarian GP).

PH: Do you think that the relative safety of modern racing cars has caused people to become a bit blasé about their driving?

DB: Sure. When I was at Ferrari (God, I sound like some boring old fart - something I said I would never be), in that beautiful V12, I sat with a seat tank (20 gallons), two tanks each side with 20 gallons in, and a lap tank. We would start the race with 75 gallons in. If you hit something, you died, because it exploded. Nowadays nobody's worried about it. 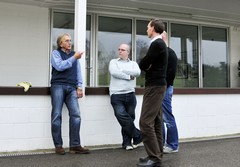 Take Dan Wheldon. Of course it was a tragedy. But to me it's almost 'so he died... It happened all the time in my day. What's the big deal?' I don't mean it in that way, of course...but it just used to happen.

After Le Mans this year and Allan McNish's crash, Jackie Stewart said at a dinner we were attending "when Derek and I were in Formula One, three out of five drivers died". And when I go back and think through all those guys it's just amazing. And it wasn't as though they all died in F1. Jo Siffert died in an F1 race at Brands hatch. Pedro Rodriguez died in a sports car race at Norisring. Jimmy Clark died at Hockenhheim, Piers Courage died at Zandvoort. Jochen Rindt died at Monza. You can just keep going with the list...

PH: With Jaguar, Toyota, Porsche and others coming back to top-end sports car racing, do you think we have another 'golden age' of endurance racing on the way? 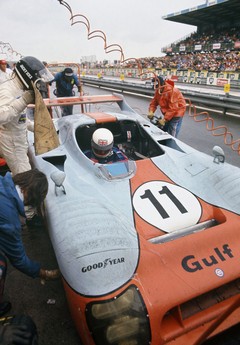 : I would like to think so. The problem is that people like Audi and Peugeot have got so far ahead. It takes three years to develop a proper car, they say, but potentially yes, we have an incredible era coming up. I think it's wonderful that the manufacturers have decided that Le Mans is so important. I think the era that we had set it up for them - the Group C Porsches and Jaguars and the like, they showed what a works effort could achieve for a brand.

Of course, you need manufacturers to be involved because they have the money. But it goes wrong when one manufacturer dominates. For five years, Audi dominated - and Tom Kristensen (for whom I have the greatest admiration - he really is a star driver) well, he only had to beat his team mates.

So when Peugeot came in that was brilliant, but the one thing that neither Audi nor Peugeot would do - and I think it's a great shame - was sell cars to private owners. This is what Porsche came in and did. They came along in the 80s, like they did with the 917, and people could bloody buy them. It was almost like Porsche saying 'come and beat us if you can'.

It meant that anybody had a chance to win. So you had up to 16 Porsches. And you might have said it was boring, but you had 16 teams that could have when and there was some bloody close racing. It was very exciting.