Could there be a more quintessentially British GT car than a Bentley? Mention the marque and images of the Bentley Boys and other glamorous young chaps chasing Le Train Bleu across France in those far-off days spring immediately to mind.

Well, straight away the dull and the dreary will be tempted to point out that the original Conti GT shared its platform and W12 engine with the VW Phaeton, which is not very British at all. This is true, of course, as by 2003 Bentley was very firmly under the ownership of the VW group. It was also true that some people didn't like the original Conti GT at all: they thought it big, fat, plain and not much cop to drive. 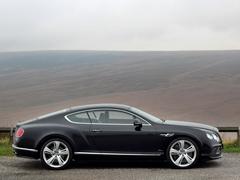 So popular it's little changed for the new one

But those criticisms didn't seem to worry the prospective purchasers: the Conti GT sold by the bucketload, often to the sort of people who wouldn't normally be seen as your typical Bentley customer. What they saw was a car that wore the distinctive character of an olde-worlde British luxury car on top but had the reassurance of the consistently high build quality you'd expect from a German brand underneath, even if it was built in Crewe.

That 6.0-litre, twin-turbo W12 in the first cars was good for a whopping 560hp, and in fact the Conti GT could dismiss the 0-62mph sprint in just 4.8 secs before going on to reach nearly 200mph. There was a four-wheel drive system, too (yes, yes, from the Phaeton), that gave the Conti sure-footed, if slightly unresponsive, handling. Inside was an opulent interior, with all the trinkets you'd expect of a Bentley.

Now might be seen as a good time to buy one, the initial sting of heavy depreciation having been taken by the previous owners (there are plenty of cars out there, which has, so far, kept the prices reasonably low). Prices start at just £20,000 for an early 2003 W12 model, on sale at an independent dealer and listed as having a full service history to support its 100,000 miles. £20-25K will give you quite a lot of choice among 2004/5 models, all in good condition and with a sub-100K mileage, whereas aiming for £30-40K achieves later, tidier cars with a below average mileage, often from main Bentley dealers.

Evolution was the name of the game, and it's fair to say that the Continental GT grew steadily better over the years, most notably with a facelift in 2010. A number of special versions, including the 600hp GT Speed and the Supersports model, introduced some significant improvements too. 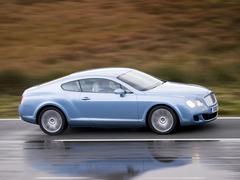 Revolution didn't occur until 2011, when the second-generation Continental GT came along, to be immediately heralded as a vast improvement over the old car in nearly every area. In 2013 the twin-turbo 4.0-litre V8 version was added, to almost universal approval. It was nearly as quick, a lot less thirsty and definitely more nimble than the W12-engined car.

If you fancy owning one you will be wary of those fuel costs: even the V8 returns only 26mpg, according to the official figures. Wheels, tyres and brakes will all need careful checking, too, as they are of course violently expensive. Servicing costs at a Bentley dealer will never be affordable, but there are plenty of independent dealers who will charge you a lot less. Rather splendidly, the Conti has an excellent reputation for reliability, with reported engine and transmission problems being remarkably few, even in cars with high mileages, so there's really very little stopping you.