A thing of beauty is a joy forever, and even the sternest critic of Aston Martin engineering quality has to agree that the DB9 is still a bit of a looker.

This was, at its launch in 2004, the first Aston for some time to promise some modernity to back up the agreeable styling that by then we had all come to expect of the firm. After all, this was the first car to be built at the new Gaydon factory, and it sat on the impressively adaptable VH, for Vertical/Horizontal, bonded aluminium platform that was to underpin so many future AM models. 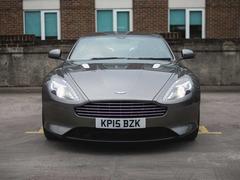 The bodywork was mostly aluminium, too, and inside was a bespoke interior shorn, as far as possible, of any nasty Ford associations. It all felt modern, dynamic, but, perhaps most importantly of all, still achingly traditional.

Underneath that long bonnet the 5.9-litre naturally aspirated V12 had aural pleasures sufficient to live up to the car's undisputed visual appeal. At launch it gave 450hp, but tweaks to the car in 2009 upped that to 470hp.

But, as we all know, even the very beautiful can have feet of clay. So can we ignore the fact that the DB9 is a heavy old Hector? And that a V12 may be just the sort of engine a gentleman's GT car should have, but how would those same gentlemen feel if you told them that, in essence, it was merely two old Ford engines joined together? Some will find fault with its firm ride, too, and with those almost unusable rear seats. Others have criticised both the six-speed manual gearbox and the six-speed Touchtronic automatic, while a few, especially when it comes to that grand tour, will be woefully disappointed with the DB9's small boot and its poor range.

Does that all matter though? After all it handles very nicely, thanks to its inherently good balance, and it's certainly fast enough for most people's needs. Minor niggles aside, it'll still be a pretty solid investment, too, provided you shop carefully.

Prices in the PH classifieds start at around £30,000 for an early 2004 car with around 70,000 miles, though any cars at this level should be thoroughly checked to make sure they're clean and tidy and come with a proper service history. An Aston, any Aston, is not a cheap thing to put right. Nearer £40,000 can net you a clean car with a sub-50K mileage from an independent dealer, but likewise check all that history carefully. 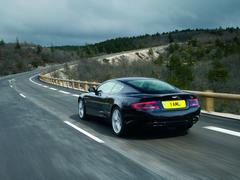 Earlier ones still really rather plesant though!

Raise your budget to £50K and you should find one of the tweaked 2009 cars with the added power, and from a specialist dealer. Expect to pay in excess of £60K for the 2011 and onwards cars, whose improvements included adaptive dampers and some minor cosmetic upgrades.

For 2013, the new-generation AM11 V12 engine arrived, and power was up to a mighty 510hp and 457lb ft. Performance, in fact, was little altered, but most prefer the newer car. Good cars from 2013 and onwards can be had for a starting price of around £80,000, and at this level most are still within the Aston dealer network.

Tempted? Well there are, perhaps not surprisingly, some reliability issues to contend with. Most centre on the build quality, especially the fit and finish of the interior, and there are numerous reported cases of electrical gremlins. Engine and gearbox failures have been reported, but seem to be rare. It'll need servicing every 7,500 miles, and that won't be cheap, nor will refuelling it - expect to achieve around 17mpg.