Revival of the classic 6.75-litre V8 was a return to true power and glory 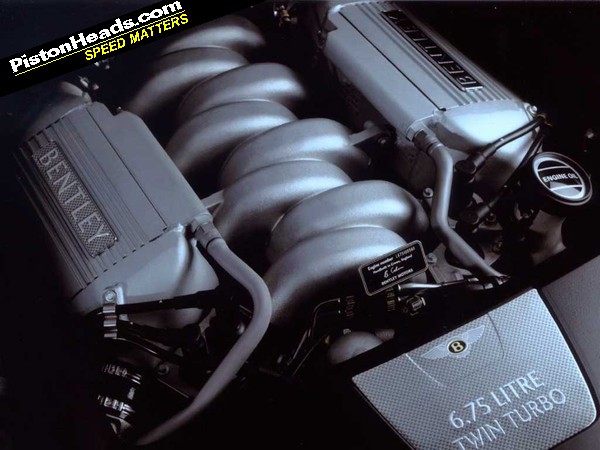 The 6.75-litre all-aluminium V8 engine of the Arnage T has a bore and stroke of 104.16x99.06mm and comes with twin Garrett T3 turbochargers. It's run by a Bosch Motronic ME7.1.1 that helped cut emissions and also improved throttle response. Power for the T swelled to 450hp from the R's 400hp, while torque came in at an amazing 645lb ft. All of this was achieved with a two valves per cylinder engine and it drove through a four-speed GM-sourced 4L80-E four-speed automatic gearbox. 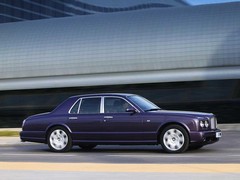 Classic V8 is an absolute powerhouse in all trims

For the 2007 model year, Bentley increased power to 500hp for the Arnage T with help from low-inertia Mitsubishi turbochargers that replaced the Garrett items. A reprofiled camshaft and new roller tappet system gave better valve timing and engine refinement as well as helping increase power and lower emissions. By this stage, torque had risen to 737lb ft, which necessitated a move to a six-speed ZF automatic gearbox to cope with the power. The six-speed ZF transmission had its own separate settings the driver could choose from, comprising Drive, Sport and Semi-Automatic.

A new differential was also fitted to manage this much torque and had the happy additional benefit of being slightly lighter than the earlier Arnage diff, though it still wasn't a limited-slip differential.

Expert John Bowling recommends a post-2007 Arnage T as the best bet as earlier cars can chew up camshafts due to poor ECU programming. This is most common between 40,000 and 70,000 miles and will be noticeable as a misfire to begin with. If the camshaft is destroyed, it will be more cost-effective and a safer long-term bet to replace the whole engine. New parts to sort an engine with damaged camshaft comes to £7,000 in parts alone plus labour to remove, repair and reinstall the motor. A new engine direct from Bentley is £16,000. 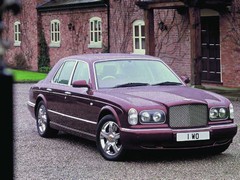 More than ever a thorough check pays dividends

While the engine itself is otherwise pretty tough, some owners report problems with blown head gaskets. This is not a common fault with the Arnage, and certainly not the worry it is with Mulsanne generation V8s. More of a concern is a car with full service history and one that has had its oil changed every 6,000 miles rather than waiting for the factory-recommended 10,000 mile intervals.

Also, look for a car that has had its gearbox oil and filter changed regularly as this is often neglected by less careful owners or non-specialist garages. The differential also needs its oil changing on a regular basis, though this will depend on how much the car is used as many Arnages are now used as weekend toys or classic cars.

Other engine problems highlighted by warning lights on the dashboard are more likely to be down to a flat battery. The Arnage has two batteries, one for starting the car and another for all of the ancillary systems. While the starter battery can be in perfect condition, the system's battery can go flat and cause lots of minor niggles, so best to budget £100 for a replacement on any car you look at.

The final weak spot under the Arnage's bonnet are the rear exhaust clamp, which crack and fall off. When they break, a flange makes it tricky to replace them. However, replacing them before they break is a good idea or John Bowling can upgrade them with a superior clamp sourced from Citroen. The rest of the exhaust system is very robust.

PHer's view:
"I've run a couple of Arnage Ts with nothing but good specialist servicing and had no problems. The trick is to factor in preventative care rather than dealing with problems as they arise. A few quid spent up front saves a lot of grief further down the line, though this does mean you feel you're spending a lot of cash on nothing at the time."
Dave Parker