Rust is a concern, so check those arches, sills and the bootlid thoroughly! 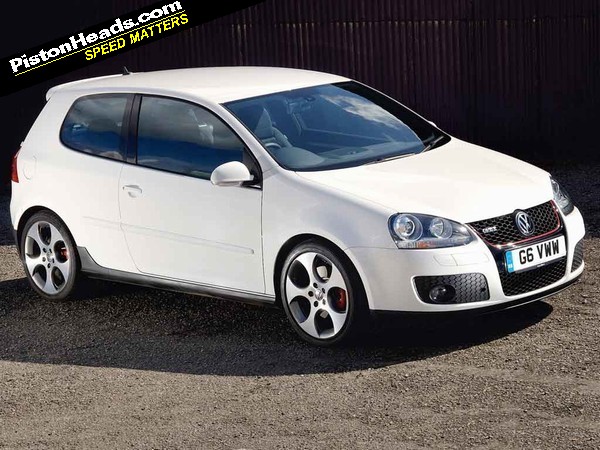 The overall height of the GTI is 19mm lower than a standard Golf hatch. As with most previous GTIs, the Mk5 could be ordered as a three- or five-door hatch. To further distinguish the GTI from its common or garden Golf sister models, it has twin chrome exhaust tailpipes, honeycomb front grille, rear spoiler, and different front bumper. Bi-xenon headlights were an option for the GTI when it was new and are sought after now. 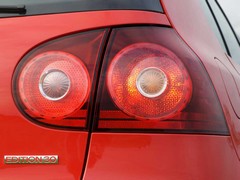 The Edition 30 also gained body-coloured side skirts and front and rear spoilers. It also has darkened rear light clusters and unique Edition 30 badging.

It's worth checking around the rear lights of any GTI model to check there is no moisture in the lense from leaks in the seal. Staying at the back end, check under the 'VW' badge that doubles as a boot handle for any signs of corrosion.

You should also inspect the wheel arches carefully for rust as this is a known weakness of the Mk5 GTI. The rubber wheelarch liner rubs on the wing and wears away the paint, which leads to rust forming on the front and rear arches. Also look along the sills where they meet the front and rear wings for any rust spots. Finally, look at the seam where the roof panel meets the body above the doors for any evidence of corrosion.

The only other concern with the GTI's body are failed door lock modules. This will be obvious as the door will not lock or unlock from the remote key fob. You will need to replace the entire door lock mechanism, though this is within the realms of the DIY mechanic and parts are available from specialists for £75 or £250 direct from Volkswagen.

PHers view:
"Mine is also rusting underneath the badge on the boot - again I have been told this is due to a manufacturing error. I am currently in talks with VW about this being done FOC, they have offered a 50 per cent goodwill payment on the repair at the moment which still requires me to pay."
Dom Allgood