2018 looks like being a bumper year for hot hatches, and the Polo has kicked things off in some fashion 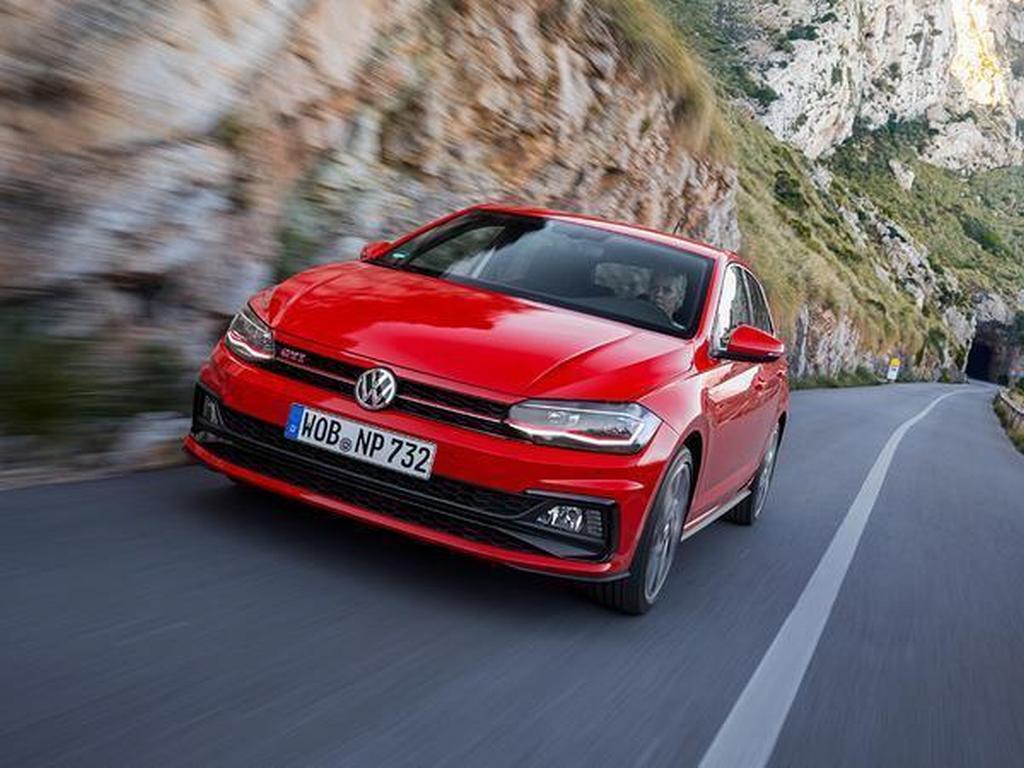 There's been a decent Golf GTI back in this world for longer than the iPhone has existed - a couple of years more, in fact - and, like the phone, there's a level of desirability, style and ever evolving completeness to the package that keeps people coming back for more. You go from iPhone 6 to 7; you go from GTI Mk6 to Mk7. Your monthly payment changes, your friends are envious and you're very satisfied because your product is familiar, but improved. And therefore better.

What does this have to do with the new Polo GTI? Well in this decade and a bit since the fast Golf's rejuvenation, there's never really been a Polo to match it. There have been fast, high quality Polos during the 2000s, though none that were especially memorable. There's an argument to say that the most notable fast Polo ever is the supercharged G40, and that came out 30 years ago...

On paper, this Polo GTI should mark the step change, and it will need to be good in what looks like becoming a fiercely competitive B-segment hot hatch market. The big news is that it's based on the VW MQB platform (specifically MQB-AO), which feels like it might provide the basis for a new leisure centre soon given the modular kit's prevalence in new cars. Still, it has underpinned stuff like the Leon Cupra and the Golf GTI, so there are certainly worse places from

Things don't begin well. The first page of the press material (backed up by the first slide of the press briefing) talks about how wonderful MQB is because of how it has allowed so many active safety features to be installed. From Front Assist to help you avoid a crash to an Automatic Post-Collision Braking System so slow you down should the worst happen, the GTI has you covered. All very worthy, but it doesn't bode fantastically for the car's dynamism when the first priority is all that lot.

I'd also wager that the Polo ought to look a tad more exciting, as even on the optional 18-inch wheels it can appear a bit frumpy from some angles. Fortunately, from the moment you get in a Polo GTI things start to look a lot brighter. And not just because of the sunroof.

Yes, new VW product in 'pleasant interior' shock. It really is something special though, combining nice materials and minimalist style with genuine technical intrigue (this is the first use of the Active Info Display) and a great driving position. You can have the red slab in grey too, fear not. Not only does the Polo's cabin feel about as good as this class currently can be, it's remarkably good for something that's expected to cost £20K.

You were kind of expecting that though, weren't you? And it will come as absolutely no surprise to find that the Polo is entirely pleasant on the motorway, too: effortless, comfortable and refined in that typical small VW fashion.

Where things change, however, is at the race track at the end of the motorway. Because, finally, this feels like being the Polo GTI you might take out for a drive - or indeed to a track day - because you really, really want to. The Mallorca circuit is hardly the world's most demanding (they race karts there, which should give you some idea of scale) and the car is not flawless, but there's an awful lot to like about the GTI on track.

It's balanced, that's the key. This is a front-wheel drive car that feels to be working its contact patches equally, not collapsing into terminal understeer or spiking into oversteer when pushed. There's an argument to say that sounds prescriptive; it's not, because you as the driver have an influence on what the car is doing. Attitude on entry can be adjusted subtly yet satisfyingly (and precisely) with a touch of the brakes or a lift of the throttle, and the car feels willing and amenable to your demand. In their firmer setting, the Sport Select dampers - not VW's DCC system, but rather conventional dampers that have two compression/rebound settings controlled by the driver and activated by valves in the unit - offer great control and composure over bumps. It's cohesive, neutral and fluid, not challenging to drive yet enjoyable to try and get the most from.

Then the penny drops. Karsten Schebsdat has been involved with setting up the Polo GTI, working in cahoots with his old pal Benny Leuchter. Who? Respectively they're the guys who set up the Golf Clubsport S and then razzed it around the Nordschleife in 7:47; they know a thing or two about front-wheel drive road and race cars, basically. And while the Polo isn't a CS on the cheap, that same feeling of engineering nous and chassis expertise is present. From a standard car the GTI has had a lot of work put into each axle, including a completely overhauled rear torsion beam, and it really feels to have paid dividends.

Which make its drawbacks all the more frustrating. While traction is fine, and the brake nibbling systems do a good job, there's little doubt that the Polo would be improved by the fitment of VW's VAQ system, which mimics very effectively the work of a limited-slip diff. Nobody likes a one-tyre fire out of hairpins now, do they? And nobody likes a dual-clutch gearbox that won't change down when you want it to but will change up when you'd rather it didn't (though you can at least hold on and opt for the manual in that regard). Fingers crossed for a Performance Pack with that VAQ at some point soon.

Even like this the Polo GTI is a great hot hatch on the road; less lairy than something like a Fiesta ST and not as focused as a Peugeot Sport 208 yet willing, eager and agile enough to entertain. There's sufficient involvement and adjustability at realistic speeds to make it feel like a properly driver-focused hot hatch, rather than simply a faster Polo - a marginal semantic difference, yes, but one that has tangible influence on the road.

How to sum it up? Put simply, where it before seemed like the Polo was a distant relative of the Golf GTI, it now feels like a much closer descendent. There's the same quality and dynamic finesse we've become familiar with in the larger car since 2005, concentrated and honed in a smaller package - it's the predictably very good Polo GTI we've expected for a while but never really had. Those after the final few per cent dynamically will still be better served elsewhere; for those after the most accomplished hot hatch in the segment, it's hard to imagine even a year like 2018 producing something to surpass the Polo