Home/Features/History/Spitfires To Jaguars At Castle Bromwich

Spitfires To Jaguars At Castle Bromwich

The factory building Jaguar's new XJ has an illustrious past 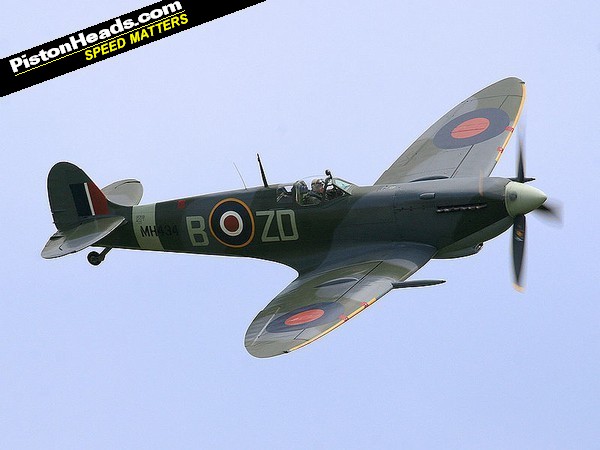 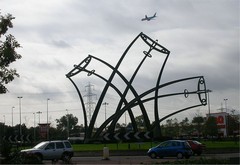 Since 2000, visitors to Jaguar's facility at Castle Bromwich have been confronted by a stunning reminder of the plant's WW11 history, when the Sentinel sculpture was installed on a roundabout near the factory gates.

When PH visited the new XJ production line we couldn't resist nicking a copy of a Jaguar Heritage publication entitled Spitfires to Jaguars which details this period in the plant's history. Authored by François Prins, and with terrific archive pics, we thought some of you might enjoy an edited version to gear you up for VE Day. Chocks away, chaps! 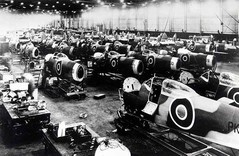 In 1934 Prime Minister Stanley Baldwin announced measures to rearm and expand the Royal Air Force (RAF), and one of these was to increase military aircraft production.

It wasn't until 1938 that work started on the Morris Motors Spitfire factory at Castle Bromwich, when 1,000 Spitfires were ordered. By the time war was declared on September 3, 1939, the factory had 2,815 employees.

The Spitfire had by then been redesigned by Supermarine Chief Designer Joseph Smith to enable it to be put into mass production, and recruitment was increased. By the end of September the workforce numbered 6,235 men and women, however the factory was yet to produce its first complete Spitfire.

As a result Lord Beaverbrook, Minister of Aircraft Production, took over control from Morris Motors and appointed Vickers-Armstrong to take over the factory.

Vickers owned Supermarine and had some knowledge about aircraft production, so the first Castle Bromwich aircraft was handed over to the Air Ministry as a Spitfire Mk. IIA (P7280) for trials at Boscombe Down in June 1940.

The trials were a success and production was stepped up. By the end of September 1940, 125 Spitfires had been built, test flown and delivered.

Lancaster Production
Bomber production at Castle Bromwich was decided on in the early stages of construction and in September 1941 the Air Ministry placed an order for 200 Avro Lancaster Mk. I aircraft. Progress was slow, as the aircraft was far more labour-intensive than the Spitfire. 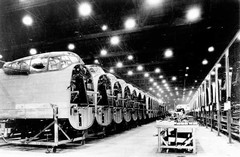 In October 22, 1943, HK535, the first Lancaster to be fully manufactured at Castle Bromwich, took off from the airfield. Production was slow to get going and only eight Lancasters were completed by the end of that year.

At the end of 1943 the workforce had risen to 15,854 people working non-stop on the production of Lancasters and Spitfire Mk. IXs, and later the Rolls-Royce-Packard-Merlin XVI engine. Production was running at over 300 Spitfires a month at this time.

Castle Bromwich was in full swing at the time of VE day, and production was slowed down. Many orders for aircraft were cancelled and the last Spitfire, a Mk 22 (PK614) was flown on November 30, 1945. The complex was closed officially on March 31, 1946.

After the war, the site was taken over by Fisher and Ludlow, a local manufacturer of sheet metal products. They were responsible for manufacturing many car body shells, largely for Standard-Triumph, and also for the new Morris Minor. Most of these were exported, as overseas sales were paramount to fill Britain's lean coffers following six years of war.

Jaguar Cars Ltd took over control of the site on 28th July 1980, and continued production of the XJS sports and XJ saloon models, which were assembled and painted, before being taken to the plant at Browns Lane for final assembly.

In the years under Jaguar, Castle Bromwich was fully operational and completely refurbished, and when Ford took over Jaguar further investment was made to modernise the plant. A completely new assembly line was put in and further updating of the plant was carried out for production of the S-Type, which was unveiled in 1998. 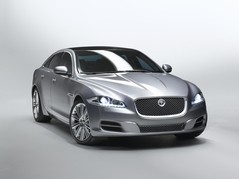 In the wings were plans for more automation and new build techniques using aerospace technology. These methods, which have totally changed the manner in which Jaguar cars are manufactured, represented a major investment in the plant. First used on the 2003 Jaguar XJ saloon, the technology has now been extended to include the current range of Jaguar models that are built at Castle Bromwich, the latest of which is the new XJ saloon.

Exact figures of aircraft manufactured at Castle Bromwich are not known, but it is estimated that 305 Lancasters and 11,780 Spitfires were built between 1940 and 1946.