A fond farewell, or an abrupt au revoir? Time to say goodbye to the Megane... 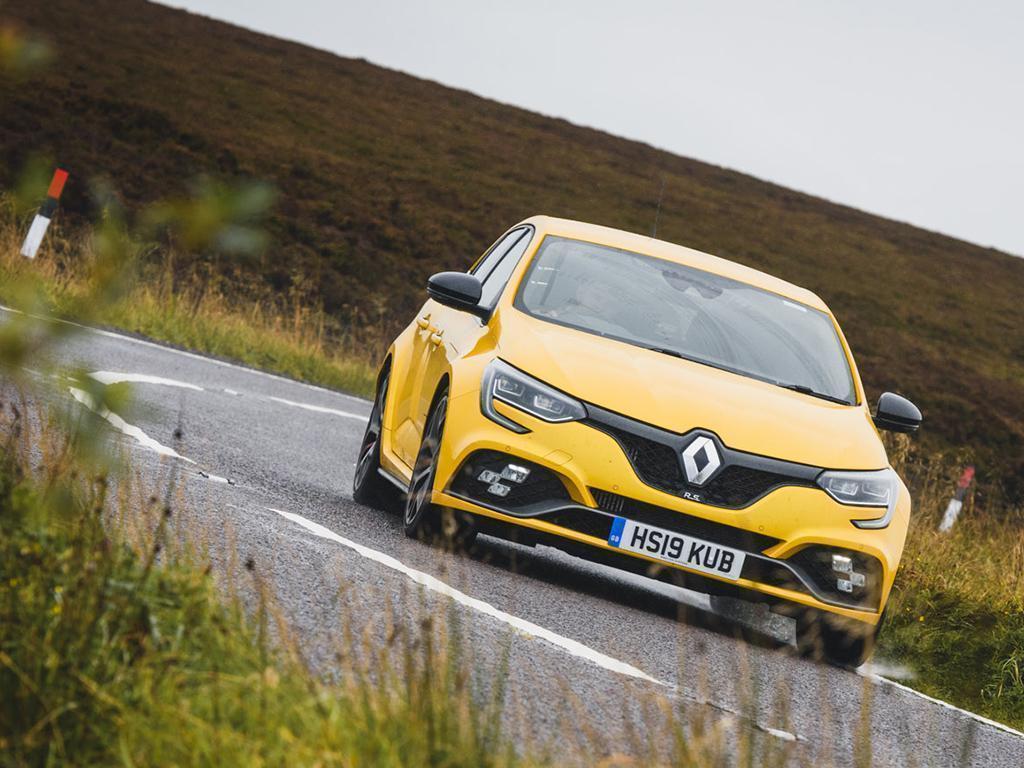 If nothing else, the cars we all love owning - be that outright, or vicariously through long-term loans - are memorable. They can be new, old, fast, slow, small or big - they just need something about them that sticks in your mind. Through a few lucky years of being able to run PH Fleet cars, certain vehicles stand out: the Leon Cupra, which always just felt so damn fast; the Civic Type R, for its gearbox; the GT86, for proving how joyous small, light, rear-wheel drive coupes should be.

The Megane Trophy will be joining that list. It wasn't an entirely blissful few months - at certain points I really didn't want to be in it at all - but life with the Megane was never forgettable. That's not to be passed off merely as 'character', either, where flaws are irritating enough to be remembered, simply that many of the car's aspects made an indelible impression - both positive and negative.

First one of those is the way it looks; even after many months to get familiar, the Megane still struck me as a fantastic looking car. From what's been so far of the new breed - Golf GTI, Cupra Leon, Civic Type R facelift - there seems little to suggest that anything else in the sector will be more stylish any time soon. It's telling, moreover, that Renault has done precious little to the Megane in the mid-life update; its combination of presence, attitude and flair is expertly judged, the Trophy clearly something special without being OTT. Alright, perhaps Liquid Yellow and red bits on the wheels make it OTT, but that shape and the details are absolutely spot on. During the winter months I never tired of seeing that light bar illuminate across the back, perhaps just lighting enough to see the exhaust and diffuser arrangement as well. Unnecessary theatre to some, but I loved it. And if you're spending this sort of money on a hot hatch, a little surprise and delight, a reminder of what you've paid for, is probably welcome.

So Renault chose not to alter the styling much for the imminent facelift, because there's nothing wrong with it, but did choose to overhaul the interior. Any guesses as to why that is? Yep. I know it's a point hammered home, but the driving environment just isn't quite good enough, and that will count for a lot in the showroom. Nic's Golf TCR boasted a more harmonious, cohesive cabin, and it's now been replaced, that architecture inherently from a car launched in 2013. It wasn't only the sluggish central display and the frequency with which CarPlay crashed, but also the relationship the driver had with pedals, wheel, gearstick and so on. It was something that you could get familiar with but, like a lot of workable flaws, the problem shouldn't really have been there in the first place. And the climate control buttons felt a bit cheap. The new interior is one I'm awaiting with interest.

Because, with that most major of gripes addressed, the Megane is going to be brilliant. The ride is tough, sure, though its means the sort of unrelenting, addictive composure that isn't found in many others. Like always in Renault Sport products, the limited-slip diff is aggressive and precise; and while there can be torque steer to content with, it's never unmanageable. The four-wheel steer can be trusted after some familiarity, and the Renault Sport feel - that of agility, adjustability and focus - is never far away. It's a different kind of Renault Sport product, yes, but definitely still a Renault Sport product.

Would I buy one? Typically motoring journalists are the worst people to ask this question, because they don't buy new cars. And they think cars peaked in about 2001. But the answer remains: yes, albeit in a different specification. From what's been said about the DCT, and from my experience of the obstreperous manual, I'd probably opt for the automatic gearbox. And there's a suspicion that the Sport chassis probably works on the road better; as proven at Oulton Park, the Trophy is a good track car without being an extraordinary one. And that was for about 50 of the 11,000 miles, so it would be worth prioritising the road experience.

Thus, I could well recommend and enjoy a Megane; more interesting than a Golf, miles more attractive than a Civic, as good to drive as a Focus and closer in price to an i30 than this Trophy. Which is pretty damn good already. With the revisions expect it to be more competitive - and still the best-looking hot hatch by a margin.

Previous reports:
Another Trophy triumph?
Brilliant, baffling, bemusing - what next?
The beauty is more than skin deep. Mostly.
Nearly tremendous on track
A honey on honeymoon?
Is a Sport DCT Megane the automatic choice?
A Trophy for track, now tackling the town