Well if you like your Audis big, bad, and really bloody fast, Abt has just the vehicle 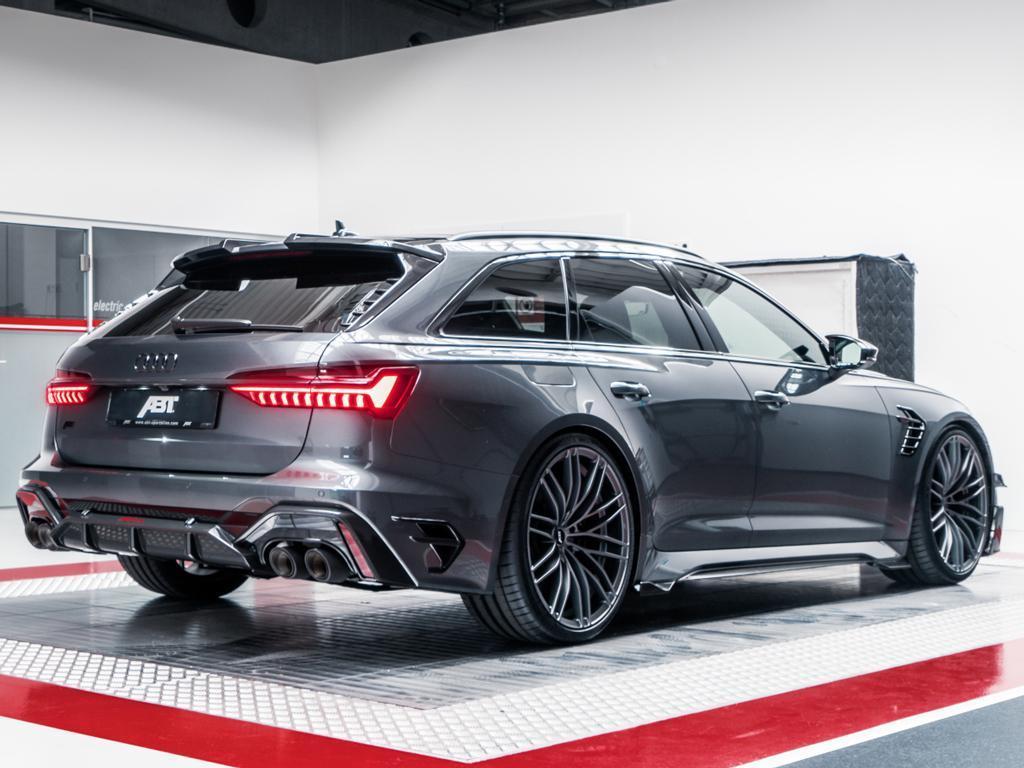 Yes, another story about a tuner coaxing obscene performance from an already prodigiously powerful car. For some strange reason there don't seem to be a great deal of OEM launches at the moment, though, and as Matt mentioned in last week's RS7 R story, this is quite a big one for Abt.

Because while cars like G-Power's 840hp M5 and Novitec's widebody Levante will undoubtedly pique the interest of a certain demographic, the consummate all-round ability of the previous, C7, generation has seen the RS6 develop a broader following. It's become a go-to daily for everyone from supercar collectors with a dozen weekend 'toys' in the garage, to powerfully-built directors who just want one car that does it all.

Which is likely why Abt has kept the visual modifications relatively subtle - if you think it looks overly aggressive, then remember just how in-your-face the new C8 is as standard. That's not to say that the "high-quality ABT Aerodynamics carbon body components" don't make an impact, but they certainly don't appear as gaudy as we've come to expect these sorts of things to. The ABT front lip, wing inserts, side skirts, spoiler and diffuser all seem to accentuate, rather than obfuscate, the standard car's design. Whether the four carbon tips of the stainless steel Abt exhaust or 22-inch Abt High Performance HR wheels pull off the same trick, we'll leave it to you to decide.

Of course, all those aesthetic enhancements are just accoutrements to the upgrades which Abt is best known for, all of which take place out of sight. Where once the 4.0-litre twin-turbo V8 beneath the bonnet produced 600hp, it now churns out 740hp. That's matched by an increase in torque from 590lb ft to 680lb ft, and a subsequent reduction in the RS6 R's 0-62 time from 3.6 to 3.2 seconds. That's thanks to the tried and tested Abt combination of uprated turbochargers, a new intercooler, specialist software, and that freer-breathing exhaust.

Not only should the car go faster but it ought to handle better, too. With buyers of the €69,900 (£61,400) upgrade kit - that's plus the £92,750 cost of a base-spec RS6, of course - clearly in the market for something more focussed than the standard car, features like the optional fully-adaptive air suspension have been done away with, replaced by a custom ABT suspension set-up, with height-adjustable coilover springs and sports anti-roll bars.

From the standard RS6, then, a car that Abt describes as, "the perfect synergy of the sports car and touring estate", the tuner looks to have created a machine which, erm, even more perfectly marries those two traits... Just 125 examples of the RS6-R are set to be built, with each surely destined to find a buyer, despite the uncertainty surrounding the future state of the market. And for those who miss out, well, there's always Abt's plain old 700hp kit to turn to. Time to start looking for a good donor car...