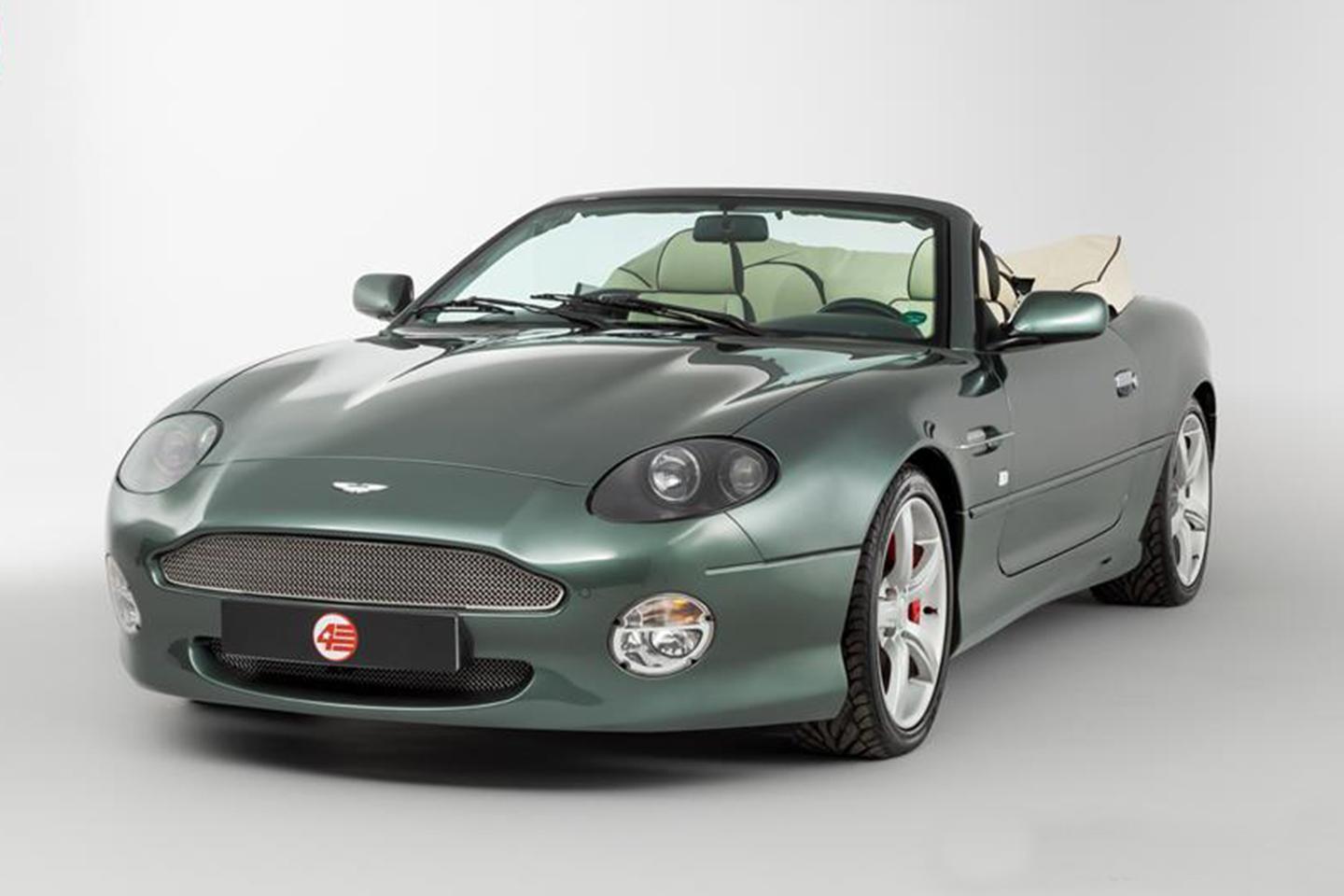 For more than 30 years now, BBR GTI has been the go-to firm for Mazda MX-5 owners wanting something a little extra that the factory never offered. A very good job they've done, too, making Mazda's icon faster and better to drive - but never eroding its intrinsic appeal. However, it turns out there are more strings to BBR's bow than we first thought. And that's not just making the 3 MPS quicker. Once upon a time, following a test drive that disappointed company founder David Brodie so much, BBR embarked on Aston Martin tuning...

This car is an example of its work, a 550hp DB7 Vantage. Quite a healthy gain from the standard 420hp, a figure which many already saw as a welcome shot in the arm for the DB7. There's even a PH story about the news, with BBR also freeing 400hp and 438lb ft from the six-cylinder car.

It was the V12, though, that was the really exciting prospect. Now we know that the 5.9 V12 had plenty more to give, ending up with 600hp by the time of the last VH cars, but back then even the Vanquish was only mustering 460hp. Thus the prospect of a 550hp version of the engine was enormously exciting, even if that enthusiasm might have been tempered a tad by it powering a decidedly dated DB7.

This Volante matches the description of the car mentioned in the news story, a Volante with a retrofitted GT pack (ride height drop, Brembo brakes, new wheels). Given the work is suggested to have cost more than £30,000, and that the DB9 was very much the Aston of the moment then, it wouldn't be a surprise if this was the only one that existed.

Frustratingly, there's precious little detail on what made a BBR V12 so powerful, but capacity remained at 5.9-litres; it retained the standard car's torque rich character, too, with 85 per cent of the 496lb ft maximum available from just 1,500rpm. Apparently, it made for a car that "bolts like a horse from the gate", with an "immense" roar from the V12.

Unsurprisingly for a car that had so much money spent on it early in its life (the work was completed a year after registration), this DB7 appears to have been lovingly cared for during its 18-year existence. Covering just 20,000 miles in that time will have helped, with the past five years spent in storage as part of the second owner's collection. The first owner ordered and imported the DB7 new to the UK in 2003 through Jaguar-Danmark A/S.

Which, yes, does mean the Aston is left-hand drive. Inconsequential to some, but a dealbreaker for others. The Vantage is manual at least, giving the driver ultimate control over that almighty engine that the auto would have denied. Its European specification would be the ideal excuse for taking the Aston abroad, too. The car is priced at £57,995, making it one of the more expensive DB7s; this right-hand drive GT with similar mileage is £55k, and it's possible to get into a high-mileage V12 for as little as £21,000. It's probably worth pointing out here, too, that the engine is available in newer Astons for similar money, with Rapides, DB9s and Vanquishes on offer at less than £60k.

But none of them will have 550hp, and none will have the unique status of this car. You'll be doing very well do find one with a manual gearbox, too. The DB7 was never meant to have this much power, but we all know the V12 most certainly was. The temptation to see whether they're made for each other would be easy to understand.