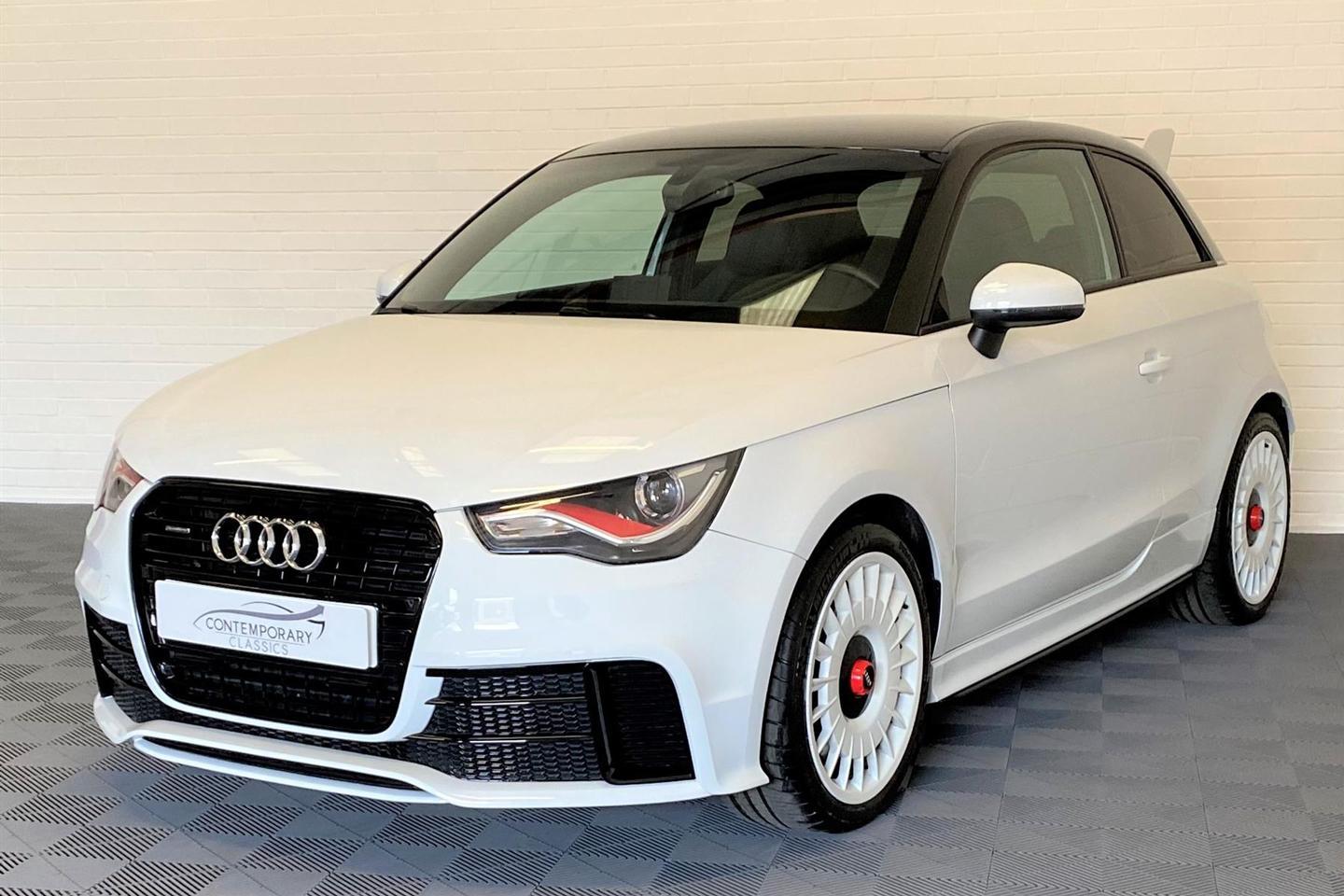 Hot hatch buyers are spoilt for choice at the moment. The buzz of Toyota’s homologation-spec GR Yaris was still at its peak when Hyundai revealed the feisty i20 N, a pint-sized hot hatch that could very well shake up the Fiesta ST-dominated segment. Volkswagen, too, has even stepped up to the plate and made a Golf R that’s almost as thrilling as it is usable. Elsewhere, the incumbent 300hp-ish champ, Honda’s Civic Type R, has been further honed and improved. And don’t forget about the terrific AMG A45 S, for those with more to spend. It’s a veritable hot hatchback feast.

Still, it’s a shame to not see a few nore big hitters mixing it up for class lead. Renault Sport hasn’t quite nailed the brief this time around with its Megane, and its once formidable hot Clio (yes, I’m biased) is now extinct. Peugeot hasn’t followed up its excellent 208 after a two-year flash in the pan either. And Audi, which only a decade ago celebrated the 30th anniversary of Wörthersee with its 500hp A1 quattro concept, hasn’t bothered to turn the current A1 into something worthy of enthusiast attention.

Given the response to the 2011 A1 concept, and the 256hp 2.0 TFSI limited production model it spawned a year later, that seems a little surprising. The GR Yaris's popularity confirms there’s still an appetite for quick, small Audis, especially ones with rally-aping fan wheels, all-wheel drive and a three-door body bearing a big wing. The manufacturer apparently thought so too back in the day, and delivered the somewhat toned down S1 from 2014 for £24,905. But, as How Many Left shows, no more than 2.4k have been registered in Britain. It’s rare.

Not as rare as the A1 quattro, mind. It was limited to 333 cars, of which only 19 reportedly made it to Britain, so the one you see here is a real find. The limited model used the VW Group’s EA113 with 256hp where the S1 got the EA888 with 231hp, plus it got a carbon fibre propshaft and the TTS’s multi-link rear suspension. The shell was stiffened up and given new pick-up points for bespoke suspension, which worked with those fab wheels. It was a recipe set for success, and much was carried over to the impressive S1.

While never considered perfect, the A1 quattro was notable simply for being a small, fun, interesting Audi - the first of its kind.  And while it might not have been the most dynamic pocket rocket ever (largely thanks to a 1,300kg kerbweight), all that power ensured it was one of the quickest. That trait remained in the S1, which even now - years after it went off sale - would look potent for the sector with 231hp. Neither looks likely to happen again, mind. Too much effort, too little profit (even with chunky asking prices), too rare groove for big numbers. Remember both were manual only, too…

Everyone laughed when the A1 quattro was announced with a £40k asking price in 2012, despite the significant alterations made over the standard car. But not only did they all find buyers, the A1 quattro hasn’t depreciated one bit. On the contrary, values - or at least asking prices - have crept up: this one is on offer at £55,995. That’s £15k more than it was offered for nine years ago, and about what the aforementioned AMG would cost. An enormous amount. That being said, with only 10,000 miles on the clock and a seemingly immaculate exterior and interior, it isn’t far off what you might call a time warp car. To a quattro enthusiast, or to someone building up a collection of hot hatch champions, that might count for as much as anything. We’ll leave it to you to decide...