Harris demonstrates the SL63 is no longer a mere straight line hero as only he can... 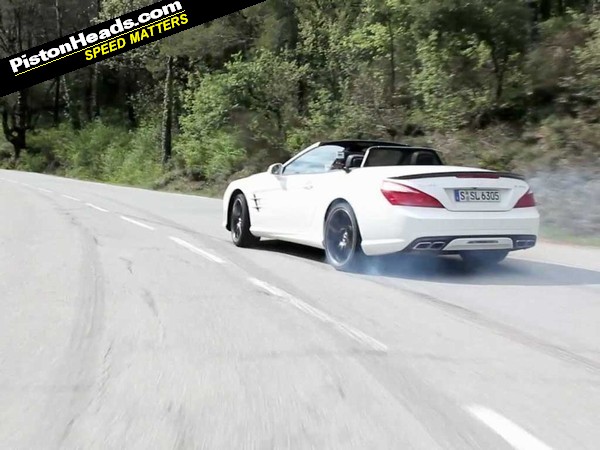 It's hard to believe that the company which, until recently, perennially failed to get anywhere close to BMW's M cars, is now setting the pace in the in-house tuner sector. Yes,

is another fine piece of engineering. 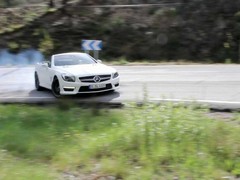 Tyres were harmed in the making of this vid

Moreover, it proves that AMG has managed what so many brands fail to achieve in re-inventing itself. It has appealed to a new customer base (those who actually enjoy driving) whilst retaining its already loyal following from those who like to go very fast in a straight-line, with the minimum of third-party attention.

And finally we are seeing a reduction in weight on these larger performance cars. I know, 1,860kg is hardly light, but it's 125kg lighter than its predecessor, which by my ropey mathematics makes it 6.7 per cent lighter than the old car which, coupled with start-stop hardware and two turbochargers makes this car way more fuel-efficient than before. Not that SL63 owners care about such things, but they do like to avoid filling stations, and this car does that far more convincingly than the last version.

At last years SL500 secret unveiling at Mercedes' design studio in LA, there was real pride in the new aluminium structure. It's a truly stunning thing in the flesh and very, very strong. I asked an engineer how it compared to the Ferrari California's shell for quality and twist resistance. "I couldn't possibly say" he replied with an enormous grin. 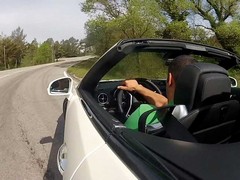 But the big test for this car will be the

. It has similar power, less torque, but its steel structure is quite a bit heavier. In fact the claimed kerb weight of the Benz is nearly 200kg less. It seems strange to have an AMG product that is lighter than its M equivalent.

With the optional Performance Pack fitted, this car is a monster. As you'll see in the video, slides are available on demand - then minutes later you can cruise with the staggering Front Bass hi-fi and its footwell mounted sub-woofers rumbling away. It's a hell of a trick being so versatile.

Enjoy the homemade vid, Neil's back in action next week.