So why are powerslides in old cars acceptable but yobbish in new stuff? Harris deliberates 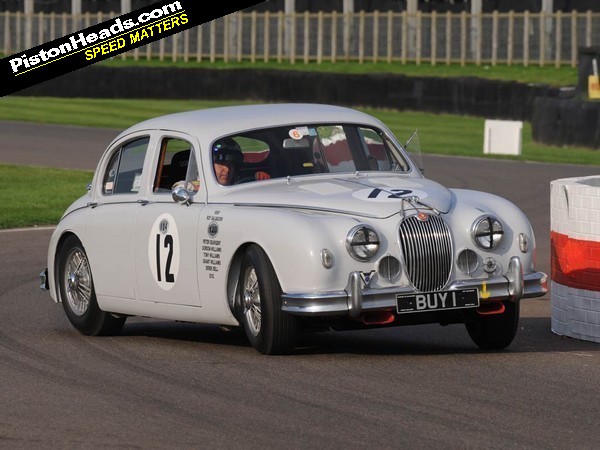 We've all had one - the aged relative who somehow manages to offset bad behaviour against old age. As a child, watching cranky old octogenarians squabble, swear and generally offend other people at Christmas was the highlight of the year. They behaved with utter impunity - there was no one to admonish them, and the reaper was close enough for them not to care even if someone did so. The rules did not apply to them. 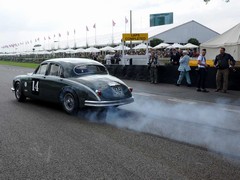 Age appears to have the same effect in the world of the motor car. Some of the outcomes are plain obvious: drive a 1940s saloon car on an A-road and surrounding traffic tends not to worry too much about being held-up. Try the same in a 2010 Audi A4 and you'll receive some choice hand gestures. Society and respect for fellow humans may be in a parlous state, but on the whole people are respectful and deferential to the elderly. And rightly so.

Which brings me to the Goodwood Revival, surely the best known expression of old car affection, and a general celebration of The Past. Even if you find notions of Britain being a better place 60 years ago slightly nauseous, it's impossible to not want to live in the England that Lord March and his team presents to you at the Revival. People smile, they put litter in bins, they are kind to each other. 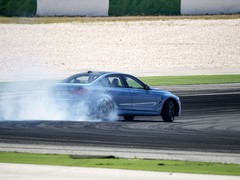 And all the while there are racing cars being hammered to valve-bounce on the motor circuit - just like they were in period. Pretty much everything is driven sideways, because that's the only way you can make these old sheds negotiate a corner. Often they are driven very sideways, because you quickly learn that you don't lose much lap time, and the crowd loves the spectacle.

And, finally, I've reached the point I want to make. Why is some chap on the lock-stops through Woodcote in a Mk1 Jag considered the very essence of Goodwood and 'real' driving yet posting a video of the latest M3 doing the same seen as childish, unrealistic and puerile?

Strange isn't it? I'm often criticised for sliding cars in videos, but don't really take any notice of the carping - for me the ideal situation is footage and explanations of a car's behavior driven straight and slidey, so that's what I do. But cars tend to look more exciting with some slip, so that's what we deliver. 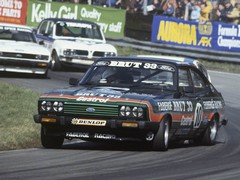 Did it become yobbish when it left motorsport?

However there appears to be some datum point, a specific age at which a car's sideways-ness goes from being cool and a reflection of 'the way things were' to being plain yobbish. I wonder what that date is? Sometime in the late 60s? Maybe later? Perhaps it actually reflects the time when racing cars reliance on mechanical grip changed to aerodynamic grip, and the driving style altered accordingly. Which in F1 and sportscars was probably the mid-70s, but in tin-tops as recently as the late 80s.

There's another corollary of age that fascinates me - the effect of mileage on values. Another invisible line seems to exist here - how else can you explain that a Ferrari Daytona's value seems to have absolutely nothing to do with how many miles it has covered, and yet a very leggy 550 Maranello in absolutely mint condition is worth way less than a barely used garage queen?

The cut-off appears to be somewhere in the mid-70s. Punters looking for a mint early Countach don't ask 'how many owners, what's the mileage?'. Likewise, does a 250 GTO that's showing a bit of leg get hammered in Glass's Guide? I'm being silly now, sorry, but you get my point. 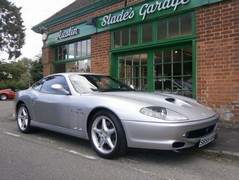 One more thing; too young to be appreciated?

But I find it really fascinating that an F40's value is still mileage dependent, when a 2.7RS's isn't. Or maybe that's because Porsche's have the cheeky advantage of being able to keep original engine cases and having the barrels replaced, thereby satisfying that most sickly of market requirements - matching numbers.

And that's where this ramble ends. I need answers please. In what age of car does dignified sliding become plain hooliganism - and is that as much a judgement on the angle of the slide (less being more acceptable) and the amount of tyre smoke?

And when does mileage cease to be a factor in the valuation of a classic car?