Harris is leaving PH, but not without saying adios 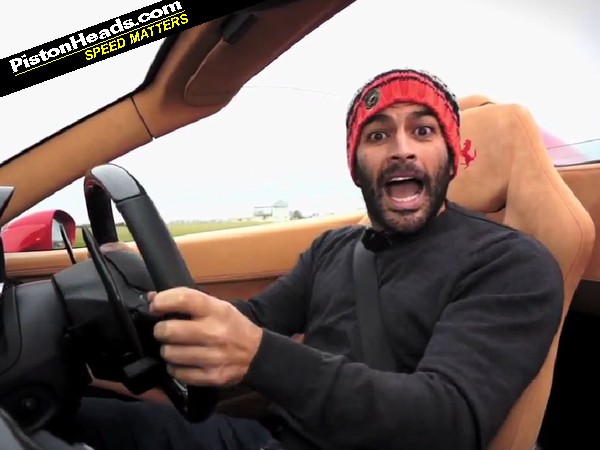 There’s a line in my old notebook from December 2011, clearly doodled during one of the few telephone conversations that secured me

a role on Pistonheads

. It reads, “Give myself six months MAX before I flounce out.”

I had read enough on the forums over the years to know that I wasn’t going to have an easy ride.

It makes me very happy to say, nearly three years later, that I called it wrong. Mesers Garlick, Trent and Forrest did have to spend several evenings counseling me on the ways of the PHer and the PH forums, but before long I’d really forgotten that I used to write for magazines. I haven’t had a print client since I began at PistonHeads.

It’s time to move on now though. The video project is in a state of flux, and I need to concentrate on where that goes next. But, perhaps more importantly, I feel I’ve done my thing here now. Most of you know what I think about most motoring matters and I don’t want to retread the same ground. Besides, my Porsche contract clearly states that I have to move on after a few years and spread the word elsewhere!

Now the soppy bit – PH truly is a special place. Like any complicated society, it has its fair smattering of loons and wallys and of course the ability to hide behind a keyboard can lend some folk a readiness to address people in a manner they might not have the confidence to do in public. But forget all that - there really is so much knowledge and enthusiasm here.

What were my favourite bits? Initially, getting to grips with the history of the forums and reading some of the great threads – the Harry Flashman words, Nervous spilling his guts about psycho ex-girlfriends, Plato and the dry-cleaners. That one was especially brilliant. Very little of it was about cars, but most of it left me in tears. I’m proud of my own little entry on that legendary threads list. Not that I did anything to contribute towards it other than wear a silly hat.

Then there were the spats with the usual characters; dear old The Pits, Cmoose and The Crack Fox – who, strangely, I ended up getting sozzled with the other week. And all the others who’ve had a pop at me here. It’s all been good sport and I’ve enjoyed (mostly) every minute.

Motoring journalism isn’t a serious job, cars aren’t a serious topic of conversation, and yet the deeply-felt emotions they trigger in people never fail to amaze me. Sometimes it’s just too partisan, too personal. But it reminds me how much the internal combustion engine, and the odd volt of electricity, matter to people. And that has to be a good thing.

So thank you to everyone who’s watched the video embeds, read the words, engaged in the forums and kept me on my toes. Keep enjoying your cars and bikes.