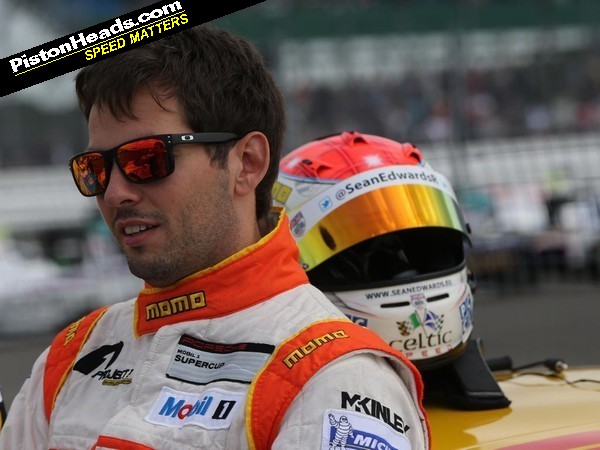 We were in the team truck at Hockenheim, it was the final race of the Porsche Carrera Cup Deutschland 2010. My team mates for this one-off drive were Sean Edwards and Sascha Maassen. The race engineer opened his laptop and showed me a trace of my fastest lap overlaid with Sascha's. It wasn't quite the horror story I'd expected, so I reclined in the chair a little and allowed myself an inward smile. But before I could lean back too far, said engineer's face winced a little and he asked if I wanted to see my lap overlaid with Sean's fastest from that last session. 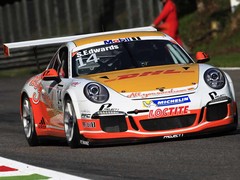 Remember Uncle Monty's lament in Withnail and I about never playing The Dane? The aching sense of learning something fundamental about your own limitations? Well, those two squiggly lines defined the difference between the handy journeyman and the real racer. Sean was doing things with his 997 Cup car that I simply couldn't understand.

Sean always did things with racing cars I couldn't quite comprehend, and now he is gone and I'll never have the chance to watch his talent grow and vicariously enjoy the many successes that he was surely going to achieve. That makes me sad and angry.

We became good friends after that weekend. Sean was gracious with his knowledge and I greatly admired his approach to professional motorsport: he was there to do a job and winning was all that mattered, but he did so with a wry cynicism for much of the nonsense that went on around him. He was always smiling, desperate to take the piss at any opportunity and more than happy to laugh when the joke was fired back at him. 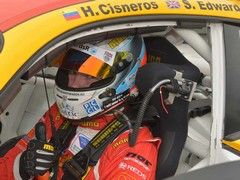 I don't think being Sean Edwards, son of an F1 driver, was an especially easy thing. As with all racer's offspring, there always lurked the suspicion that privilege had outbid talent, and for all his successes I think Sean's greatest was that he proved himself in the toughest one-make formula of them all, the Porsche Supercup. There was no hiding, a famous name wouldn't find those precious tenths, and he very quickly rose to the top of a very talented bunch of drivers. That foundation was just beginning to generate the recognition it deserved. This year he won the Nurburgring 24 Hours at the age of 26. That's just an outstanding achievement.

Two years ago at Spa we were both doing some instructing and shared a room. Such was his maturity and experience in the race arena, it was very easy to forget that he was a young lad beginning an adult life outside of racing. One night we watched The Inbetweeners for hours, until tears were streaming down our faces and we couldn't laugh any more, and we talked about his plans for the future. Some of these centred around his thoughts on coaching people from the passenger seat which now have a terrible resonance in light of this morning's news. 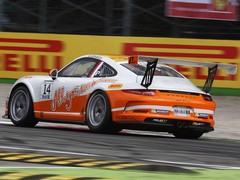 A few weeks ago I met him in Monaco for a drink. I had a couple of hours free and thought, why not go and visit Sean, I haven't seen him for a while? I'm so glad I did. He was in his prime - supremely gifted in his chosen field and even though the sense of a life unfairly curtailed makes me both angry and sad,  I want to remember him sitting in the sunshine casually telling me what it was like to be the first bloke to drive a Porsche Cup car flat through Eau Rouge.

Like so many of these young guns, Sean experienced and achieved more in his short time on this planet than most of us will in a full lifetime. To those who knew or just admired him, I hope that is some small consolation.

My thoughts are with his family, girlfriend, close friends and the wider racing community.