What is a supercharger? PH Explains 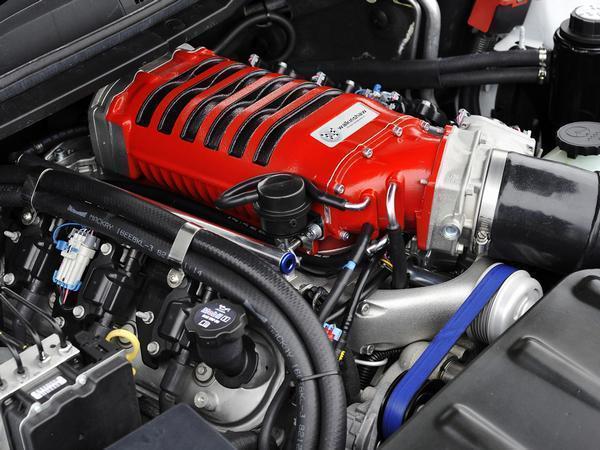 What is a supercharger?

A supercharger, often called a 'blower', is a mechanical device designed to increase the power output of an engine. Like a turbocharger, a supercharger achieves this by increasing the pressure of the air being fed to the engine, in turn increasing its density.

Differences between a supercharger vs a turbocharger

What is a 'roots-type' supercharger?

One of the most common types of supercharger is the 'Roots', which features a pair of counter-rotating meshing rotors. Air is drawn in, trapped in voids surrounding the lobes on the rotors, then forced out of the supercharger - at a higher rate than it is being consumed by the engine - to generate boost pressure.

What is a twin-screw supercharger?

'Twin-screw' superchargers appear similar but generate boost in a different fashion. These superchargers utilise a pair of finely machined counter-rotating spiralled rotors that resemble screw threads. Air is drawn in at one end and the space between the rotors shrinks as it travels along the blower, compressing it.

How does a centrifugal supercharger work?

Centrifugal vs Twin-screw and Roots

Both the Roots and twin-screw types are 'positive displacement' superchargers, which pump the same amount of air each revolution - regardless of how quickly they are being turned. Centrifugal superchargers, however, are 'dynamic'. This is because they build pressure by accelerating, then slowing the induced air - trading its increased velocity for pressure. Consequently, their output varies with speed.

Other types of supercharger include the 'vane' type, sometimes referred to as the 'eccentric drum' supercharger - often found on older cars - and the 'scroll type', which Volkswagen used and branded 'G-Lader'. Electrically driven superchargers are also appearing in mainstream applications.

What is a 'turbosupercharger'?

You may encounter 'turbosuperchargers', but this is simply what turbochargers were often called when they rose to prominence in military applications during World War II. Superchargers were in use prior to that date, however; early concepts began to appear from the mid-1800s onwards, while the first production automotive superchargers were previewed in the Mercedes 6/20 hp and 10/35 hp of 1921.

Advantages of a supercharger

There are several advantages to using a supercharger instead of a turbocharger. They tend to respond much more quickly to demands, particularly at lower engine speeds, and do so in a more consistent, predictable fashion. Supercharger installations also tend to be less complicated.

Predictably, there are some downsides. Superchargers can be less efficient, particularly at higher boost levels, and they require power to operate - negating some of the performance improvements.

What is a turbocharger waste-gate? PH Explains