Lotus claims it's a 'supercar killer' but can the whole less is more thing work in this context? 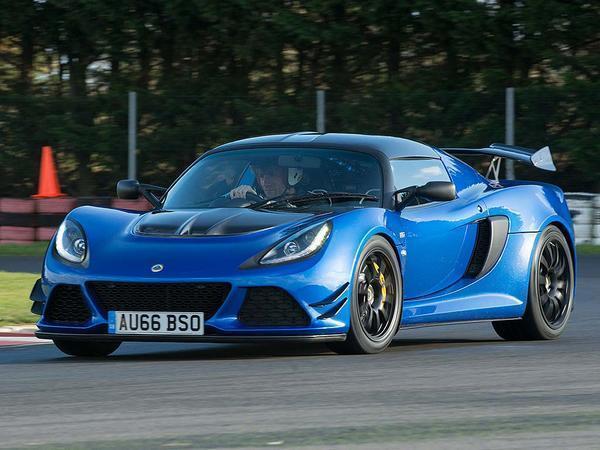 Another new Lotus? You betcha. The Exige Sport 380 joins the acclaimed

A proper Exige range-topper, then, and one that once again exemplifies Lotus's current focus on the stuff Chapman used to sweat on. Dry weight of the Sport 380 is down further, to 1,066kg or 1,100kg with fluids. How? Gales grins and clicks on a slide in his gloriously detailed PowerPoint presentation. "At the rear, we have two big round lights instead of four: this saves 300g, despite the 'Lotus' logo being bigger." The geek overload is just getting started.

That stonking great rear wing and diffuser? They are carbon fibre and thus save 1.2kg. Wheels are now ultra-light forged rims and grooved AP Racing brakes from the 3-Eleven are now standard, saving 2.5kg a corner. The rear window is polycarbonate, saving 0.9kg, carbon fibre seats save 6kg, and a lithium ion battery is standard, which saves an impressive 10.3kg. 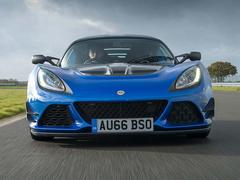 The lovely carbon fibre front splitter and aero-honed access panel save 1.5kg, and there are various other weight reductions, adding up to a 30.2kg weight reduction over standard. But Lotus has also added stuff, to improve performance: 3kg of barge boards, a 4.2kg transmission oil cooler that reflects this car's greater track orientation, and an 8kg heavier 48-litre fuel tank that reflects the fact so many owners can't resist using their Lotus daily. Overall, then, it's 15kg lighter than the Sport 350.

Gales hasn't finished though. The Sport 380 gets the exhaust from the Evora Sport 410 ("it's much bassier") and you can have it in optional titanium, saving a further 10kg. And there are optional carbon fibre sill covers, 50 per cent thinner and 0.8kg lighter. They increase the door aperture by 10mm and have been reprofiled, making it easier to get in and out, promises Gales. Every little helps. Same with torque, which has increased by 7lb ft to 302lb ft. Critically the curve is wider too, the peak not coming until 5,000rpm where the Sport 350 has given its best at 4,000rpm. And peak power comes in a tad earlier too, now at 6,700rpm rather than 7,000rpm. How? That exhaust, a bigger fuel pump, tweaked calibration and a supercharger pressure increase courtesy of a new pulley.

For £11k, that all doesn't seem such bad value, but Gales still hasn't finished. As part of an apparent range-wide shift the existing Pirellis are replaced by Michelin Pilot Sport Cup 2s, "probably the best tyre you can get". They're 265/35R18s on the rear and, significantly, 215/45R17s on the front - 10mm wider than before to "completely tune out understeer". Michelin even spent a few days over at Hethel working with Lotus to perfect the tuning. Speaking of which, the Sport 380 offers a £3,200-option of Nitron two-way adjustable dampers with tweakable Eibach anti-roll bars. There are 10 clicks of rebound and compression adjustment, says Gales, who describes Nitron as "a great company". 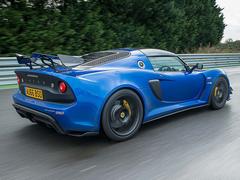 Take it in one of five base colours - silver, dark grey, white, black or blue, but don't fret if you don't like the red colour pack. It's optional and, as it's hand-painted, actually rather cool up close. Gales finishes up. "You won't find a faster car for below £100,000," he says, before sending me out on a damp, dewy, autumnal Hethel track for 45 minutes' exploration.

Blimey. So there is more to it than just a 350 with 30hp extra. It certainly looks yet more potent and track special. What's more, it looks like a genuinely high-quality machine. The paint finish is beautiful and deep. Panels even and robust. The interior has a lush, low-sheen look, it smells leathery and nice, and even the click of the doors now oozes substance. See it in the flesh and you really shouldn't question the list price; the Sport 380 carries it.

Gales is right. The exhaust is much burblier and rortier at low revs. This is a car proud of its harmonious six-cylinder sound, which will come as sweet music to those moaning about Porsche going to just four for its 718 range. As ever, you sit low, on hard seats, and heave on heavy steering at slow speeds. You don't often get purposefulness like this for £67K. You've never before got a 1min 26.5sec Hethel lap time for it either: that's down from 1min 29sec for the Sport 350, thanks chiefly to the better front-end bite. Once there's some heat in, you can properly drive the 380 harder into corners, get the rear end rotating you in, confidence buoyed by the extra clarity of steering feel and feedback. It's staggeringly pure and detailed, and you'll take a 380 on track for lap after lap just to experience this mesmerising steering. 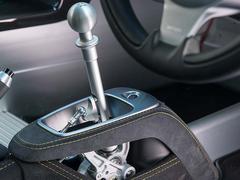 The additional confidence from the improved aero creeps up on you. It was only with laps that I realised I'd never quite driven Hethel so quickly, with so much high-speed assurance. The faster I went, the more I felt it respond, the less fear I had that I might be black-balled. And the extra grunt of the engine was helping too. The additional vibrancy at higher revs is readily felt, making it easy to raise the heart rate by taking on the patchwork wet'n'dry early dawn Hethel surface. And brakes? Just stamp on them and use them hard was the advice of dynamics legend Gavan Kershaw; the rock-solid feel and cleverly-tuned ABS ensured instructions were obeyed. It's no wonder Lotus had to fit that new gearbox oil cooler - because the car suits track driving so well.

Air-con is still optional on the Sport 380. The car for the road had it. And I needed it to cool off. This one also had the optional noise insulation pack and, for added luxobarge effect, cruise control via good ol' Vauxhall Omega column stalks. The purr out of Hethel onto the A11 was deliberately underplayed, to prove the Sport 380 hasn't turned into some track-only monster. Lotus's famously accomplished damping quickly emerges, breathing with but not floating over all surfaces, letting you unclamp teeth gritted in readiness for harshness over the bumps. The sound kit takes the clatter out the aluminium chassis and, while it's omnipresent, the mechanical engine noise is rich and enhanced here by that tuneful new exhaust - particularly over 5,000rpm where it really does wail. Pretty much from the off, the slice of extra torque seemed to make it easier to keep on the boil. 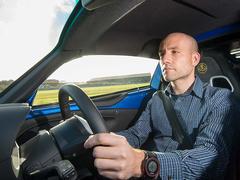 The clarity of the front end is gorgeous, steering weight and tightness ultra-special and probably beyond anything else for the money. With the additional confidence and ability engineered into the chassis, plus all that extra front-end bite, the Sport 380 becomes even more of a thoroughbred. This is a supremely well-sorted machine.

Oh, sure, the pedals remain cramped. It's only on the road you'll appreciate the click-clack precision of the gearshift, given it's a bit soggy when rushed on track. It will understeer at low speed if you're lazy with your circuit lines and, in daily use, there's more grey background noise than in an equivalent Porsche. That's all because it's a Lotus - one that's been tailored, sweated over and improved yet more over the 350 it's based upon.

The Sport 380 was a surprise arrival. But it's easy to see why it earns its place. Even at £67K, it justifies it. Lotus likes the line 'supercar killer'. Cute, but there's something more preferable. This is, simply, one of the fastest and most rewarding driver's cars this side of £100K. Be in no doubt, the Exige Sport 380 earns its place in the range, and should earn your attention.